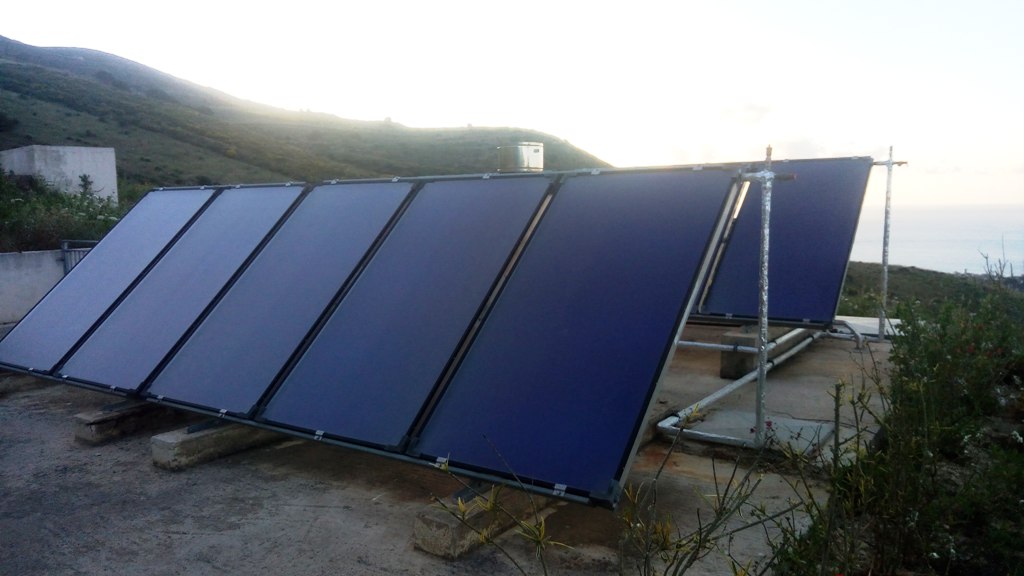 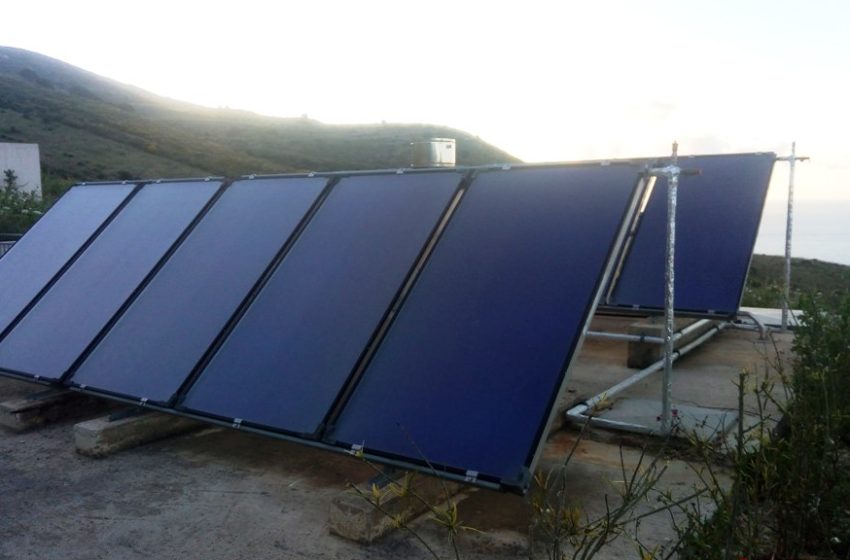 Figures from different sources have painted a mixed picture of Italy’s solar thermal market in 2018. According to Assotermica, the country’s Association of Manufacturers of Equipment and Components for Heating Systems, the sector declined by 8 % in 2018 compared to the previous year, mainly because companies sold fewer pumped systems, which make up about 75 % of market volume. And yet, the number of applications requesting solar thermal incentives from the Conto Termico programme shot up by 75 %. However, the figures for Italy’s 65 % tax deduction scheme seemed to confirm the downward trend. In all, 5,578 owners of solar thermal systems benefited from lower taxes in 2018, a 32 % drop in comparison to 2017.
Photo: TrE Holding

The 8 % decline mentioned above was the result of a survey Assotermica carried out among businesses which are both suppliers of solar thermal systems and members of the association. Together, they represent about 85 % of the Italian market. According to Federico Musazzi, Secretary General of Assotermica, sales of pumped systems fell 9 %, while the market for thermosiphon systems remained more or less stable. “We estimate pumped systems to have contributed 140,000 m² to total sales in 2018,” he stated. “The key factor causing last year’s decline was competition from other technologies, either from heat pumps with regard to hot water production or PV systems because of roof space limitations.” Overall, 179,252 m² (125 MWth) of collector area was added in 2018.
Encouraging outlook thanks to Conto Termico
More data on the 2018 market can be found in the annual activities report of GSE, the government agency managing national incentive programme Conto Termico 2.0. As in previous years, biomass boilers were the most popular technology, with solar water heaters ranking second (see the chart below). The two technologies were responsible for about 90 % of all incentive requests.

Applications submitted in 2018 for incentives from Conto Termico 2.0, broken down by technology
Source: GSE
Musazzi said heat pumps were the clear winner in 2018, with a jump in applications by 265 %, even though there was likewise a 75 % surge in applications for solar thermal incentives, from 12,213 in 2017 to 21,350. Overall, the scheme paid owners of renewable energy systems nearly EUR 45 million, at an average of EUR 2,000 per installation. The authors of the report underline that the majority of applications were submitted by private consumers. While there is no statistic that shows what the supported systems are now used for, e.g., to produce hot water, space heating or industrial heat, many of them are most likely small hot water systems, considering that last year’s average incentive amount was rather small. Assuming one system has a size of 4 m² to 5 m², Conto Termico helped install almost 100,000 m² last year, or a bit over 50 % of market volume. The remainder, about 45 %, is the reason why the positive news coming out of the programme cannot be transferred directly to an increase in the total market. “Indeed, the impact of Conto Termico has not yet been properly understood; a positive trend doesn´t necessarily translate into growth,” said Musazzi. One factor that might have played a role in this is the delay between subsidy approval and purchase of the system. According to GSE, 30 % of all applications, not just those for solar incentives, were received in December 2018, making it very likely that most of the associated systems were bought no earlier than the first quarter of 2019.
Incentives for renewable heat technologies under Conto Termico 2.0
Source: GSE annual activities reports between 2017 and 2018
Decline in Italy’s 65 % tax deduction scheme
The latest report by Italy’s National Agency for New Technologies, Energy and the Environment, also known as ENEA, shows that 5,578 people declared a total of EUR 36 million on their tax returns last year with the aim of receiving a 65 % tax deduction on their solar systems. This corresponds to average system costs of around EUR 6,400 and means the tax deduction programme seems to support mainly small residential systems. In all, the number of applications dwindled by 32 % compared to 2017. In addition, owners of solar thermal systems were able to benefit from an incentive for renovating a building (‘Bonus Casa’), a 50 % tax deduction that helped install 1,909 solar water heaters with a total collector area of 22,316 m².
Opaque thermosiphon market
The statistics by GSE do not include individual figures for thermosiphon and pumped systems, which is why solarthermalworld.org contacted businesses that specialise in thermosiphon systems and offer their products in Italy. An analysis of their sales revealed that the market started moving in different directions in 2018. While Marcello Fratini, Senior Product Manager at the Italian-based Ariston Thermo Group, and Harry Michalopoulos, Managing Director of Greek-based Sammler, noted a decline in thermosiphon sales in 2018, Spanish-based supplier Delpaso Solar generated more turnover from solar thermal products last year. And Andreas Andrianopoulos, Export Sales Manager at Cosmosolar, based in Greece, said that his company managed to not only increase sales of pumped systems but also double those of space heating units.
Organisations mentioned in this article:
Assotermica: http://www.assotermica.it
Conto Termico 2.0: http://www.gse.it/servizi-per-te/efficienza-energetica/conto-termico
Ariston Thermo Group: http://www.aristonthermo.com
Delpaso Solar: http://www.delpasosolar.com
Cosmosolar: http://www.cosmosolar.com
Sammler: https://www.sammler.gr