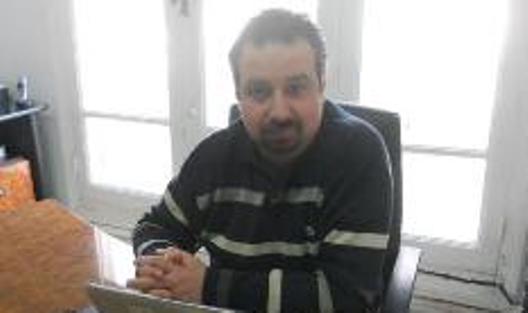 The economic situation in Tunisia two months after former President Ben Ali left the country is back to normal. Material supply is available without delay, the grants of the incentive programme are paid and even the demand for solar water heaters slowed down only a bit. Solarthermalworld.org spoke with Amjed Sibai, Managing Director of Sines Industries, one of the largest collector and tank manufacturers in the country, about the current business situation in Tunisia. Sines was founded in 2005 by him and his brother Ismail Sibai, who transferred the technology from their Greek partner which has been in the solar thermal market since 1976.

Solarthermalworld.org: Does the current unstable political situation in Tunisia affect your business?

Amjed Sibai: The first days after the revolution on 14 January were a little bit difficult regarding security. Also, the imports had some delay in the port, because of strikes at the beginning. But I believe we will not have any more delays at that point. In addition, there were some problems with the supply in material we purchase from local factories. Some of them were closed because of strike action. But one by one, these enterprises got back to work. Even the demand is still normal – maybe a little bit less, but this is not unusual, because in winter, the demand is always somewhat lower. So actually, we were not much affected by what happened in the country.

Amjed Sibai: In fact, at the beginning, we were concerned there might be some problems with the programme. But everything was working OK. We got the grants just in time on 25 of January for the former month. There are no delays.

Solarthermalworld: Which role plays the Prosol subsidy and loan programme on the market?

Amjed Sibai: Without that programme, it would not have been possible to grow the market. Solar water heaters are a fairly new technology in our country. And, the first experiences with these systems were also not very successful, which made many people rather suspicious. The subsidies reduced the price of solar water heaters considerably, and people began to buy the systems. At the beginning, the National Agency for Energy Conservation (ANME) supported the dissemination of the technology as well, with a marketing campaign in the radio and other media. And, I have to emphasise that solar water heaters are VAT free, reducing their price by another 18 %.
Another important point concerns the payback of the solar system in the household sector over a 5-year period through the electricity bill. This means that the customer uses the saved water heating costs (electricity or gas) to repay the credit in a period of five years. Afterwards, he has hot water “almost” for free.

Solarthermalworld: We have seen a lot of stop-and-go policy of incentive programmes in other countries. Why not in Tunisia?

Amjed Sibai: The Prosol administrator ANME understood that the programme has to last at least 10 to 15 years to have a really good effect on the market. The second important factor that stabilised the programme is that the financing comes from import duties on cooling systems and taxes for the first license plate of cars. So each year, we have a new budget which is not depending on public money. And third, the solar thermal sector had a great impact on the job market. In the meantime, more than 5,000 people have found work by manufacturing, trading and installing solar water heaters. Hence, if the programme suddenly stops, it will pose a great problem with new unemployment.

Solarthermalworld: Tunisia did the first steps towards introducing the European quality label for collectors, called Solar Keymark. Did you appreciate this process as a manufacturer in the country?

Amjed Sibai: Principally yes, because it will help to differentiate between products. I believe that not all products will receive the certificate, which can help to give the customer a better orientation regarding the quality of products on the market. Second: The certificate will be a beneficial factor in exporting our products. Solar Keymark is already playing an important role in our industry. All serious manufacturers in Tunisia have started the testing for Solar Keymark.

Solarthermalworld: Are you still doing the Solar Keymark testing in Europe?

Amjed Sibai: Yes, we have sent our products to Greece and hope to receive the certificates by June. We also have a national test laboratory in Tunisia, called CTMCCV, to which we send our products when it comes to national testing for the Tunisian market. In the long run, the Tunisian version of Solar Keymark, the so-called Solar Keymark TN will be mandatory within Prosol.

Amjed Sibai: There are two quality steps regarding the installation of a solar water heater. The first step is Qualisol. Since the beginning of the year, installers that want to register with Prosol have to be certified by Qualisol. For the installers that are already registered with Prosol, there will be a transition period over one or two years until Qualisol becomes mandatory for all Prosol installations.
For the implementation of Solar Keymark TN in the market and in the Prosol programme, there is no time schedule announced yet, which means no product quality label is mandatory.

Solarthermalworld: Prosol II also includes a grant for commercial solar thermal installations of 30 % of the investment costs. Is this market segment picking up?

Amjed Sibai: The demand for larger projects is much smaller than in the residential market. This is due to several reasons. First, there are some administration requirements which are a bit complicated. Second, the subsidy scheme is not as attractive as for residential owners, because there is only a subsidy, but no credit line over five years, as for home owners. And, the commercial and industrial costumers are not that convinced yet about solar technology. Especially hotels want to be certain they have warm water at any time. And the last reason is that the commercial sector receives cheap national gas, whereas homeowners have to buy liquefied gas bottles, which are expensive in comparison. However, we believe that especially hotels will slowly start to get more interested in solar energy.