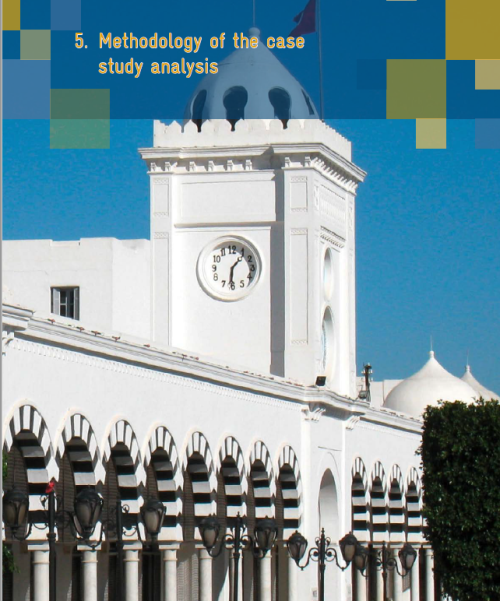 A great deal of sunlight, large investment grants and subsidised energy prices: These are the factors determining the profitability of big solar thermal systems in Tunisia, according to the authors of the study Opportunities for solar thermal systems in the tertiary and industrial sectors in Tunisia, a publication by the German Agency for International Cooperation, GIZ, (see attached document in English, the French version is under consultation). Under certain circumstances, a solar thermal system can achieve a double-digit Internal Rate of Return (IRR), for example, if it is installed at LPG-dependent hotels or hospitals on the Tunisian island of Djerba. When solar replaces natural gas in commercial buildings in Tunisia’s capital, Tunis, the IRR is still significantly higher than the estimated 4.3 % inflation per year. However, there are difficulties with the economic feasibility of solar process heat applications because not even top reference cases have fulfilled investor expectations. The authors emphasise that the importance Tunisian businesses currently place on payback periods for investing may lead them to overlook valuable projects.
Figure: GIZ study
Tunisia is the most advanced country in terms of residential solar water heater usage across North Africa. The most important driver of the market is long-term subsidy scheme PROSOL, which supported the installation of around 700,000 m² of residential thermosiphon systems between 2005 and 2014. In 2009, the government launched two non-residential subsidy schemes – PROSOL Tertiary and PROSOL Industrial – which have offered relatively high grant levels: The tertiary scheme has paid 300 TND/m² (124 EUR/m²) or up to 55 % of the initial investment, and the industrial scheme has provided 150 TND/m² (62 EUR/m²) or up to 30 % of the costs (TND = Tunisian Dinar). So far, the schemes seemed to have had little effect on the market: There had only been 11,500 m² of collector area installed in hotels, hospitals and other tertiary buildings by the end of 2014, according to the above-mentioned study, and no project or feasibility study had been conducted under the PROSOL industry scheme by March 2015.
Still, the country is said to have great potential. The GIZ study quotes the bachelor thesis by Filip Schaffitzel from the Dresden University of Technology, Germany, from October 2014, putting the solar thermal opportunities in the tertiary sector at an estimated 600,000 m², of which the Tunisian government plans to have 30,000 m² set up by 2016, 60,000 by 2020 and 300,000 m² by 2030. In the solar process heat sector, the nationwide potential is said to be about 363,000 m², of which 15,000 m² should be realised by 2016, and ultimately 150,000 m² by 2030.
Ranking of the most profitable Djerba and Tunis case studies in the tertiary sector (page 64 in attached document). Commercial buildings in Djerba using liquefied petroleum gas (LPG) achieve double-digit IRR figures, which are all significantly above the 4.3 % of assumed long-term inflation (see page 38).
NG = natural gas / SPP = simple or static payback period
Source: GIZ study from January 2016
The table above shows the tertiary sector’s most profitable solar thermal reference cases, which were identified by using German simulation tool T*Sol. The authors conclude that the main factor for an economically feasible solar plant is its fuel price. Installations in Djerba – where there is no natural gas grid – turned out to be the most profitable. Hotels also show the most apt demand patterns, with increased hot water use during summer months.
In addition, the study’s authors emphasise that Tunisian commercial investors are looking for short payback periods of around 5 years, which can only be found in Djerba (see the table above): “The focus on the payback period as the only selling point is not enough,” they explain. “It ignores the cash flow after the system is paid off, and valuable projects may be overlooked if this period is the only thing under consideration.”
The economic assumptions were:
Best economic reference cases in the industrial sector (see page 92). Low energy costs and a rather low subsidy level of 150 IND/m² push the IRR only slightly above the estimated inflation rate of 4.3 % annually. Only low-temperature applications with smaller solar fractions achieve an IRR of around 8 %. The static or simple payback period (SPP) is far from the 5 years required.
Source: GIZ study
Link to the bachelor thesis by Filip Schaffitzel Solar Heat for Industrial Processes in Tunisia: An Economic Assessment with Policy Recommendations
https://solarthermalworld.org/wp-content/uploads/2016/06/opportunities_for_st_in_the_tertiary_and_industrial_sectors_in_tunisia_2016.pdf