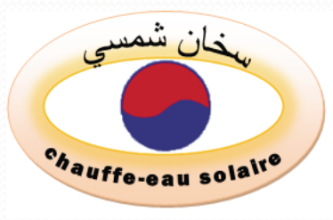 Quality label for installers: By adapting French installer certification Qualisol, Tunisia’s market development project Prosol has already entered “the 3rd Dimension” of quality control since its launch in 2005. Training is provided by the National Chamber of Renewable Energies (CNSEnR) after which installers will have to pass an exam to use the label in shop windows, ads, offers and invoices. Tunisia is a perfect example of quality-oriented solar thermal market development.

“Currently, we have about 1,000 installers in Tunisia. Most of them do not even have basic knowledge about solar water heaters. And, system suppliers do not pay enough attention to an installer’s qualification,” Noureddine Ketari from Tunisian institute Aptitudes listed some of the reasons for introducing the Qualisol certificate in his country during his presentation at Intersolar Europe 2010. Another one is the high annual growth rate since 2004, which has attracted a large number of importers and made it necessary to direct the market’s attention to quality issues.

Introducing the Qualisol label included the following steps: creating a chart which shows responsibilities and regulations in Qualisol labelling, writing manuals for qualification trainings, launching training courses and implementing audits and sanctions. “We are about to specify the last conditions for imposing sanctions, in case the audit of a Qualisol installer fails twice,” Hansjörg Müller, Project Coordinator at the Tunisian office of the German Agency for Technical Cooperation (GTZ), explained.

“Developing and adapting the quality label required one and a half years of collective effort, in which all industry partners had their share,” said Ketari. “We reached a consensus. Now, each partner regards quality as his most important goal.” This also shows in the ongoing “2nd Dimension” of the Prosol project, which was to implement European product certification label Solar Keymark in Tunisia.

At the beginning of 2009, Aptitudes teamed up with two European institutions – the Institute for Thermodynamics and Thermal Engineering (ITW) in Germany and the French Solar Energy Association Enerplan – to draw up a roadmap for the “Qualité Solaire de Tunesie” (QST) project, which is financially supported by the GTZ. According to Ketari, a lot of problems had to be overcome. Not only the testing standards were out of date, but there were no accredited test laboratories, too. In response, the following first roadmap steps were implemented by August 2010:

According to QST project coordinator Harald Drück from ITW, implementation of the Solar Keymark label will not be complete before 2013, because the Tunisian labs first need extensive testing experience, in order to be accredited for Solar Keymark testing.

Stakeholders agreed on a transition period to allow the laboratories to start testing and issue certificates before 2013. “Until national bodies have been accredited, we will speak about ‘acceptance’ and call the label Solar Keymark.tn,” said Ketari. Before they can issue the new label, test labs have to be approved by the national certification body INNORPI, which has not yet happened. Nevertheless, the first solar thermal manufacturers which want to enter the European market have already sent their products to CTMCCV to be tested under the new conditions, according to Müller. If demand for testing is high in the coming months, the GTZ employee is optimistic that lab accreditation could happen earlier than 2013.