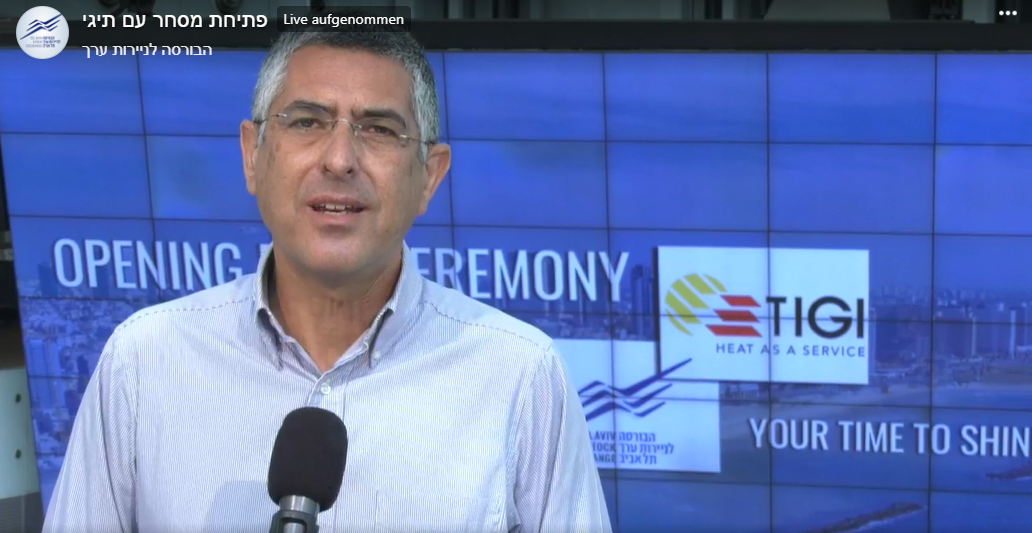 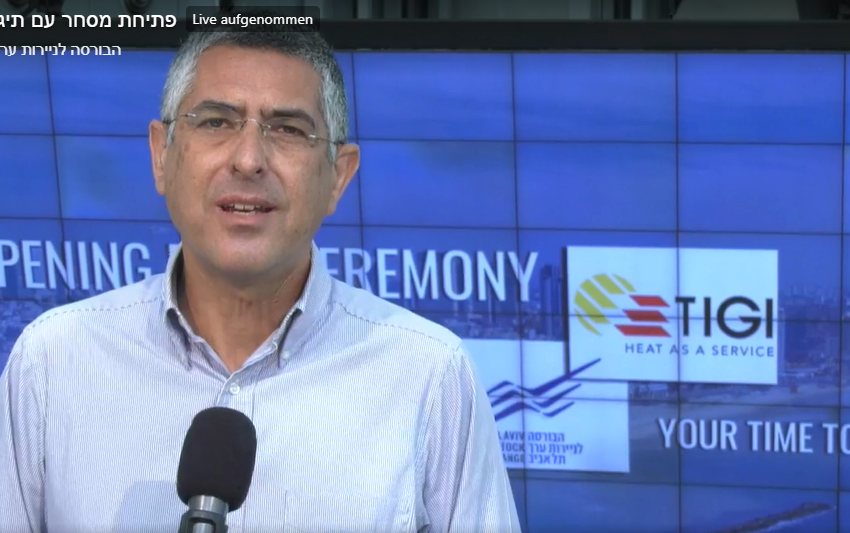 The Israeli collector producer and project developer Tigi has joined the small group of solar heat companies worldwide that are stock market listed. Tigi’s IPO (initial public offering) was on 21st March at Tel Aviv Stock Exchange (TASE) in the cleantech sector. The company raised NIS 34 million from its share issue (around USD 10 million). According to Tigi’s CEO Zvika Klier (see photo) the additional capital will be used to grow the company into a large supplier of “mid-size industrial, agricultural and commercial solar heat systems using Tigi’s unique transparent insulation collectors”.
Photo: TASE
More and more cleantech start-up companies are using the issuing of shares to raise additional capital as an alternative to raising venture capital. TASE has adapted to this need for relatively small public offerings of several million USD and has helped the start-ups to increase visibility by promoting their IPOs with films etc. Klier observed a few cleantech companies that joined TASE over the past 1 to 2 years, most of them at relatively low valuations, and in a few cases their value increased significantly. This has raised interest from institutional investors, who purchased the majority of the shares Tigi issued in March.
The Israeli company launched a special flat-plate collector in 2012 that uses a honeycomb insulation between the glass cover and the absorber sheet to keep convective and radiative heat losses to a minimum and increase the efficiency significantly. The collector also offers built-in overheat protection, which releases heat to the environment above a preset temperature via the back of the collector.
According to Klier the company has installed around 30 commercial and industrial systems for the food industry, wineries, hotels and homes for the elderly in Israel and also abroad in the last five years.
More information:
https://www.tigisolar.com/