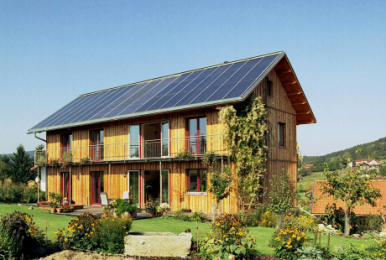 What Greece has already in place is now asked to also support the solar thermal sector in Switzerland: To be eligible for the feed-in tariff for solar electricity, a Greek residential has to cover part of his or her hot water demand by some other renewable source (e.g., solar thermal). The Greek Solar Industry Association (EBHE) squeezed this privileged regulation for solar thermal energy into law no. 1079/2009, which set up the feed-in tariff in the Southern European country.

In a press release from the middle of November, the two well-known Swiss companies Jenni Energietechnik AG and Soltop Schuppisser now call for the same kind of regulation in Switzerland. The press release reads: “We request that in case of residential buildings, photovoltaic generators should only benefit from the cost-covering feed-in tariff if a solar heating system has already been installed.”

The call was signed by Josef Jenni and Fritz Schuppisser. The two managers justify their request by the fact that decentralised usage of solar thermal systems results in a higher energy output per square metre than using PV systems on the same surface. And, solar heat can be easily stored in the house, whereas solar electricity is, most of the time, fed into the grid and shows a much better performance in larger installations outside the big cities.