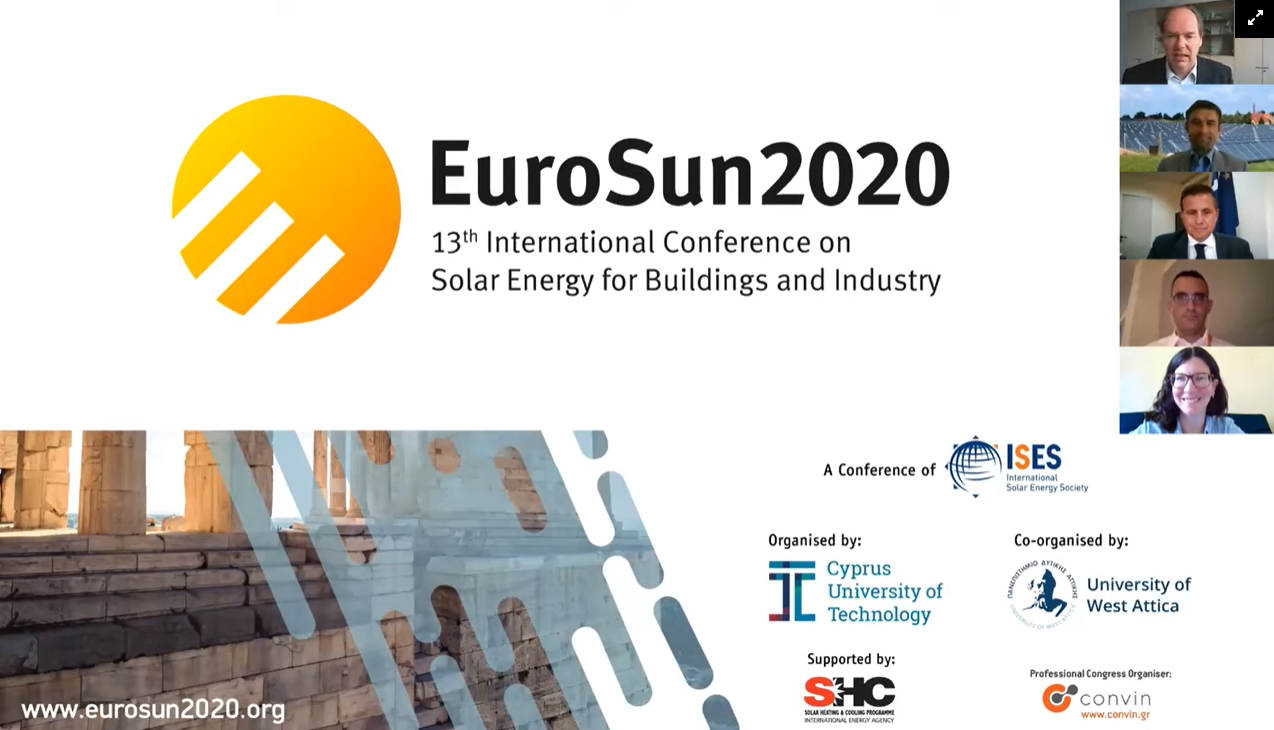 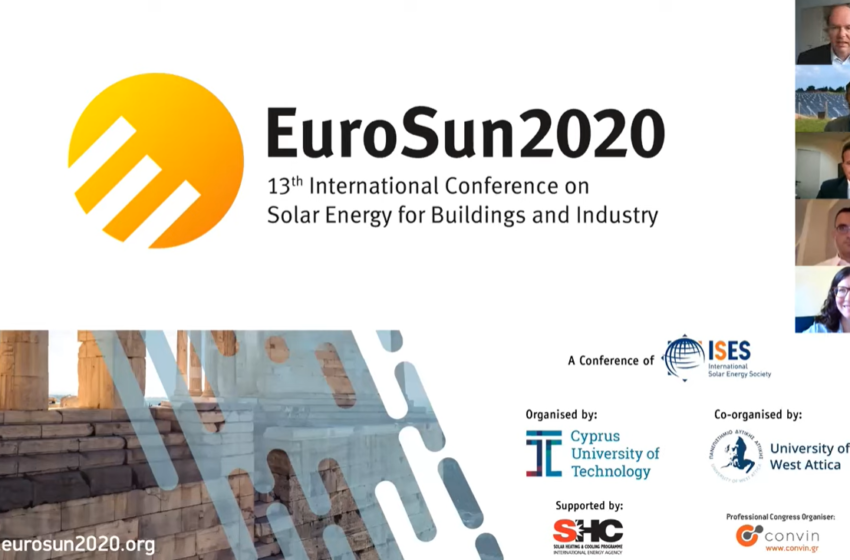 Yesterday marked the start of the first virtual Eurosun. More than 200 experts from the worlds of research and business had signed up for the three-day event organised by the International Solar Energy Society (ISES) and supported by the IEA Solar Heating and Cooling programme. Half of the participants are from the host region, which encompasses Greece and Cyprus. Their solar thermal markets not only have a long history but have also performed well over the years. Originally, Eurosun 2020 was to take place at the campus of the Athens-based University of West Attica. Instead, ISES has taken the chance to hold, in partnership with Greek event organiser Convin, a virtual conference featuring a wide variety of opportunities of digital networking.

“We are offering workshops and networking sessions on all three conference days. In short, although we currently cannot meet in Athens face to face, we can still chat and debate during these dedicated sessions,” explained Chief Conference Organiser Joanna Costello, who works at ISES’ headquarters in southern Germany.

In order to “get to know each other in a coffee break-like atmosphere,” a virtual session was offered at the end of the first conference day. Four conference attendees were selected at random to spend six minutes talking to each other during a video call. When the virtual session ended, they could start the next one to speak with other participants. These rotating discussion panels will also be offered at the end of the second and third conference day.

“A highlight, from a young researcher’s perspective, was today’s workshop by Yogi Goswami, Editor-in-Chief of our Solar Energy magazine, about how to get published in a scientific journal,” said ISES President Klaus Vajen. And for the first time, ISES will hold a workshop on Women in Renewables on the third conference day, in partnership with the Global Women’s Network for the Energy Transition (GWNET).

Faster approval for renewable projects in Greece
IEA SHC Chairman Daniel Mugnier sees big expectations on the international level for clean heat, as renewable energy has so far met only 10 % of global heat demand. “We need the input of a strong European solar heating and cooling research network, because innovation is crucial to increasing the contribution of solar energy in the heat market,” he explained during the opening session. IEA SHC is an international network of over 300 researchers who supported ISES and the local hosts in creating a diverse programme for Eurosun.

In his keynote speech, Professor Konstantin Aravossis, Secretary General for the Natural Environment and Water at the Greek environment and energy ministry, focused on how the European Green Deal will challenge EU member states. “Greece’s market transformation plan, adopted at the end of 2019, set more ambitious targets than ever,” he said. The government has raised the target for renewables from 31 % to at least 35 % of gross final energy consumption by 2030, which is about twice as high as the share is now.

“In order to become carbon neutral by 2050, we will shut down all coal power plants by 2028. In fact, only one will remain after 2023,” he added. He then called for a faster approval process to facilitate the huge deployment of renewable capacity and reduce the period to two years for most plants and three in exceptional cases.

Hennigsdorf to use 100 % renewables district heat
A wide variety of technologies and a special control strategy are necessary to transition to a 100 % renewable heating system, as the example of the German town of Hennigsdorf shows.

During her conference presentation, Magdalena Berberich, who works at German research institute Solites, said that as early as 2012, half of the heat used in Hennigsdorf was produced from renewable sources of energy via an biomass-driven organic ranking cycle and a biogas CHP plant. In 2015, the town council raised the target to 80 % fossil-free district heating supply by 2022 and even fully fossil-free by 2025. These aims, which also bound the municipal utility, have led to the rapid implementation of several measures, Berberich reported.

First, waste heat from the local steelworks is now being injected into the district heating network, while the utility’s coal boiler was shut down last year. Second, a 1,000 m3 buffer tank was added and the roof-integrated collectors on five multi-family houses were replaced. The last measures for achieving the 80 % target will involve putting up 22,000 m3 of seasonal heat storage and a 20,000 m2 solar field. As part of the project, solites together with the local project team is currently developing a control unit to minimise the town’s fossil fuel consumption by optimising use of the newly added storage capacity.