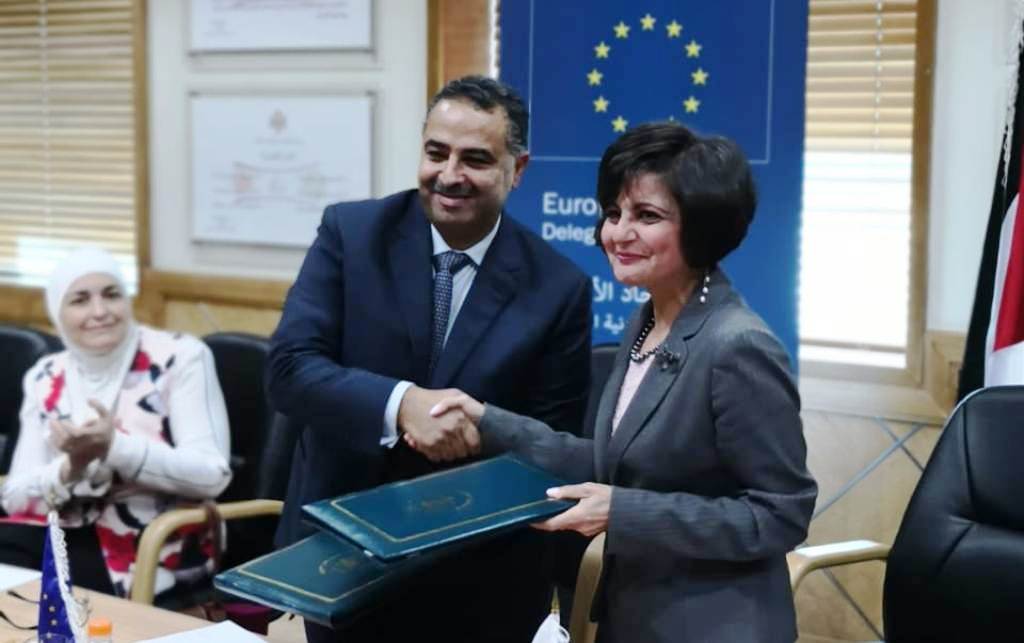 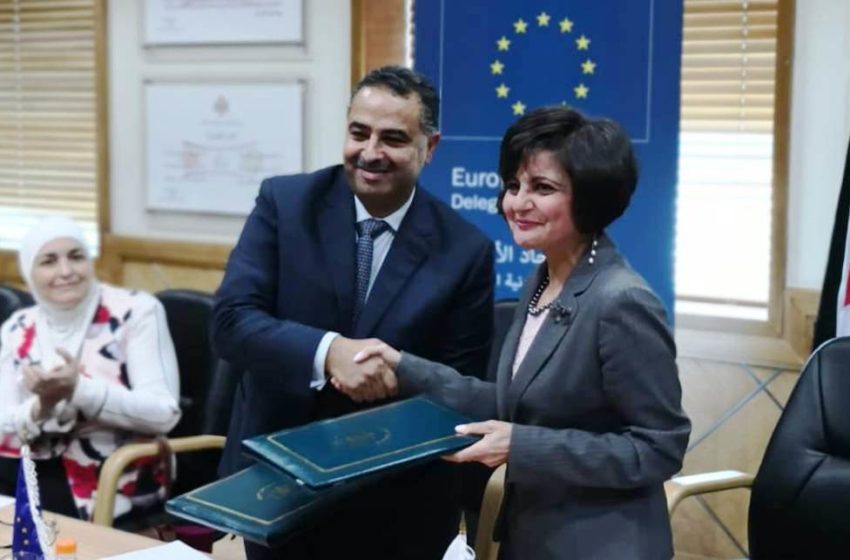 Good product quality has become a key factor in some Arab countries. Egypt joined the Solar Heating Arab Mark and Certification Initiative, or SHAMCI for short, in 2017, and Jordan has become the next country to promote the regional programme. On 16 September, the Jordan Standards and Metrology Organization (JSMO) signed a cooperation agreement with the Regional Center for Renewable Energy and Energy Efficiency (RCREEE) in Cairo to support the SHAMCI quality label.
Photo: RCREEE
The key objective is to coordinate between both organisations, represented by JSMO Director General Rula Madanat and RCREEE Executive Director Ahmed Badr, to set up and popularise SHAMCI across Jordan. The agreement has been a significant milestone in product quality, even though the project was implemented only after a significant delay: Jordan’s intent to join SHAMCI had been announced as early as summer 2017.
To give the agreement the ‘official stamp of approval’, it was signed under the auspices of Jordan’s Ministry of Energy and Mineral Resources and the ceremony was attended by representatives from the European Commission, SHAMCI’s main source of support in Jordan.
First SHAMCI certificate expected in Egypt
JSMO is now the second certification body throughout the Arab world to accept the SHAMCI quality mark for solar thermal products. The Egyptian Organization for Standards & Quality (EOS) introduced SHAMCI in 2017, so that Egypt is further ahead in developing and popularising the label. Considering SHAMCI rules are being used in the North African country to test a variety of products, it is expected that the first-ever certificate of its kind will be issued soon.
Sunny outlook in Arab countries
The next key step in developing the SHAMCI initiative in Jordan is to get product manufacturers to apply for the quality mark. SHAMCI staff is currently coordinating with key government officials to provide incentives to the first applicants and to start the real implementation of SHAMCI.
It really seems to be the right time to push for greater renewable energy use throughout the region. Ashraf Kraidy, Planning Director at RCREEE, said during the 1st International Sustainable Energy Conference, held in Graz, Austria: “RCREEE was set up around 10 years ago. Since then, many Arab countries have drastically changed their attitude towards sources of energy. They no longer believe in a bright future for fossil fuels.” RECREEE includes representatives for 17 Arab countries.
Websites of organisations mentioned in this article:
RCREEE: http://www.rcreee.org/
SHAMCI: http://www.shamci.net/