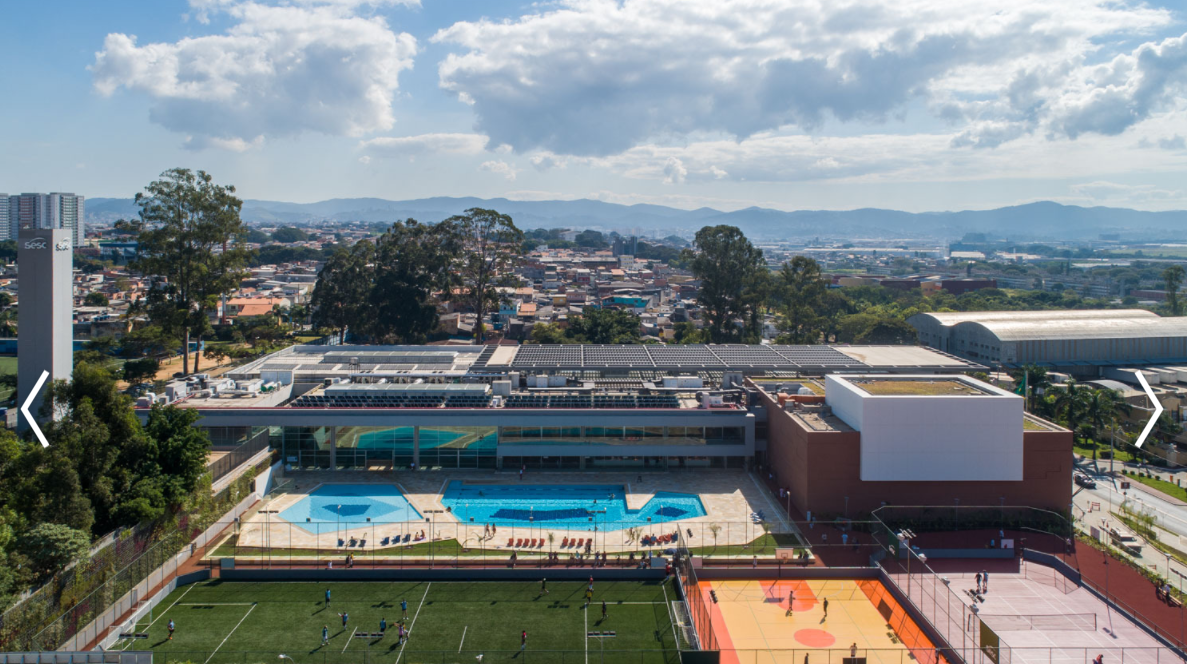 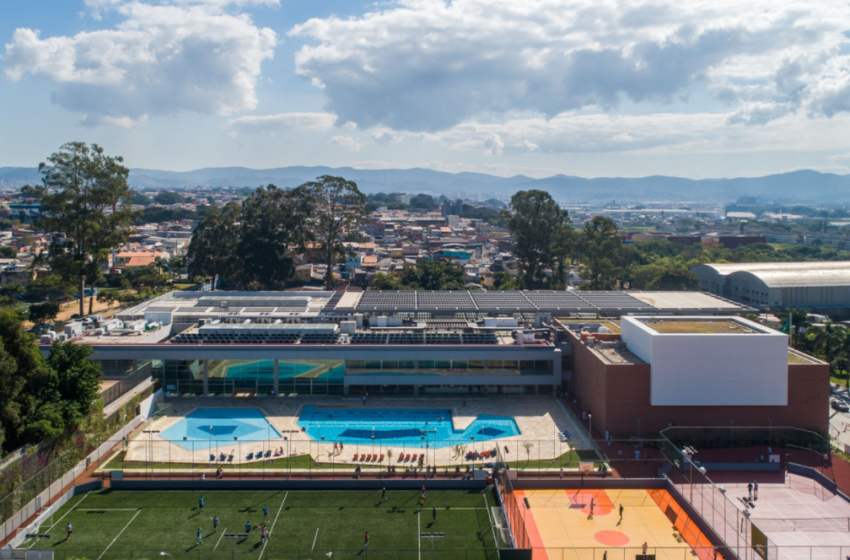 Brazil’s solar thermal market continued to grow in 2020 despite the pandemic taking a heavy toll on the country. According to annual statistics compiled by national solar thermal association ABRASOL, the newly installed glazed and unglazed collector area increased by 7.2 %, to 992 MWth (1,416,770 m2). That was an even bigger jump than in 2019, when year-on-year growth stood at 5.6 %. A cut in interest rates spurred demand in the second half of 2020, offsetting lower sales in the first six months of the year. The ABRASOL members expect the market to keep expanding in 2021, even though the implementation of support programmes for the sector delayed. The large solar thermal system shown in the photo was put up by ABRASOL member Solis Aquecedor Solar. With 645 m2 of unglazed polymer collectors, the plant is used to heat a commercial pool in Guarulhos, on the outskirts of Sao Paulo.
Photo: Pedro Mascaro / SESC-SP
“Our members reported reduced sales from January to June last year, the main reason being that many commercial clients shelved their plans to put up new systems due to the uncertain economic climate,” said ABRASOL Executive Director Dr Danielle Johann. “Also, the supply chain serving the single-family housing market came to a halt in the first months of 2020 as retailers had to close their doors temporarily because of the pandemic.” Prior to her current job, which she took on in January 2020, Johann worked as a consultant and manager on energy efficiency, research and innovation projects at several different companies. ABRASOL, Brazil’s national solar thermal industry association, currently has 42 members in all.
Solar heat, a technology with great appeal
Sales rebounded In the second half of 2020 for several reasons. As companies supplying the residential sector started looking for new service and sales options, many consumers spent the time they were forced to stay at home on making improvements around the house. At the same time, a more positive outlook, coupled with a cut in interest rates, also led to the resumption of solar heat projects in the commercial and construction sectors. Solar thermal is an attractive investment option in Brazil in general, thanks to competitive system prices and a years-long VAT exemption on solar water heater technologies.
According to ABRASOL’s statistics, residential systems also continued to dominate the market last year, accounting for 70 % of capacity additions, followed by commercial solar heat plants (16 %), units for social housing (6 %), industrial solar heat installations (5 %) and systems for public buildings (3 %).

Brazilian market statistics, based on surveys ABRASOL conducts annually among its members. The data gathered by the association is later extrapolated to estimate the volume of the entire market. Over the last two years, the growth rate of the glazed collector market was also used to estimate sales of unglazed collector area.
Source: ABRASOL
Policy support delayed
“Because of the increase in sales of solar thermal equipment in 2020, despite the economic headwinds caused by the pandemic, policymakers refrained from implementing support schemes for solar heat,” explained Johann. One example of this is PL 107, a 2019 law that stiplates the use of solar energy in Sao Paulo’s municipal and federal government buildings. Even though well on its way to publication, the law has yet to enter into force. Another example of a policy instrument that got delayed is Brazil’s new social housing programme Casa Verde e Amarela which was already expected to start in 2020. Intended to succeed Minha Casa Minha Vida, the main driver of Brazil’s solar thermal market between 2009 and 2014, the regulation 959 which includes the guidelines for Casa Verde e Amarela was published finally on 18th of May. Paragraph 2.2.5. about energy efficiency stipulates either the use of a solar water heater or a photovoltaic generator in each housing unit. Until 2024, the government plans to built 1.6 million new homes and 400,000 renovations.
Despite the delays in policy support measures, ABRASOL’s members are optimistic they can again grow their sales in 2021. In all, 56 % of the companies surveyed predict up to 10 % growth this year, with the remaining businesses anticipating even larger increases.
More information in Portuguese:
https://abrasol.org.br/
https://www.gov.br/mdr/pt-br/assuntos/habitacao/casa-verde-e-amarela