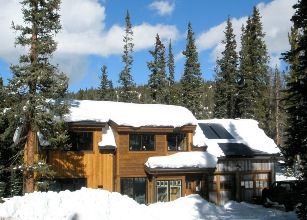 Solarhot collectors on a cold winter day: The solar system supplier from Morrisville, North Carolina, ships his collectors to all parts of the US. The company started its collector production in March 2010.
Photo: Solarhot

Before it installed its own manufacturing line, Solarhot had imported collector modules from Turkey, which were designed and manufactured according to the company’s specifications. “We wanted to avoid the transportation costs and follow the rapidly growing demand,” Jeanette Gretsch, founder of Solarhot, explains the latest investment. The Solarhot collectors incorporate an absorber consisting of laser-welded copper fins with either blue-sputtered coating or black paint, an aluminium frame and an EPDM sealing.

Under the Solarhot brand, the Gretschs deliver their solar thermal systems to installers all over the US, albeit the strongest sales market for them is North Carolina. The state government grants a 35 % tax credit to residential clients buying such kind of a system, with a maximum incentive of USD 1,400 per hot water system or up to USD 3,500 for a combi system which also supports space heating.

The business woman has run the company together with her husband for five years and currently employs a staff of eight people. The first Solarhot-specific product was the pump station Solvelox, which the company has manufactured and offered for sale since 2005. It includes a solar loop heat exchanger and a controller by Steca. “We developed this product for the retrofit market,” explains Gretsch. “If a family has a relatively new electric water boiler, they can keep on using it. Solvelox avoids a second coil in the hot water boiler.” When the couple started their business, such a product was missing on the US solar thermal market. Solarhot sold around 2,000 m2 of collector area in 2009 and expects a substantial increase in 2010.