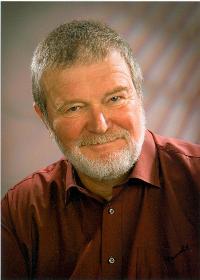 Has observed the German solar thermal market for decades: Graduate engineer Dietmar Lange had, for many years, been Technical Director at various German collector manufacturers and solar thermal system providers until he became a freelance consultant two years ago. Solarthermalworld.org spoke with him about the technological trends and political developments on the largest European market.

Solarthermalworld.org: For the second time in a row, the German solar thermal market has plunged by more than 20 %. Why is that?

Lange: The strong decrease in the solar thermal market has partly been caused by low energy prices and, of course, the halt of the national rebate programme MAP in May. They, however, cannot be the sole reasons for the plunge – because if that were so, the conventional heating market should have been affected as well. The statistic by the BDH (German Heating Association) shows that sales of condensing boilers have so far developed in a positive direction, with a plus of 4 %. This means that old heating systems are indeed being replaced – only, the solar industry does not profit from those investments to the same degree as it did in the boom year 2008.

Solarthermalworld.org: How would you explain that?

Lange: Right now, you are seeing a change in course: System integrators, which also offer conventional heating technology, are beginning to dominate the market. The marketing strategy of the BDH, which speaks of heating systems that combine “efficiency and renewable energy sources”, makes clear that, in its opinion, a solar system is only one component of a heating system with condensing boiler technology.

By the way, another sign of the course change can be found in the very different results of current surveys among German craftsmen. If you look at the business climate index for electrical and plumbers published by German market research institute Querschießer, you will see great satisfaction with the current market situation. In contrast, the business climate index for solar thermal companies – for both manufacturers and installers – by German consulting firm EuPD Research is at rock bottom.

Lange: At least, it is very difficult to persuade the end consumer in this regard. A survey by the Platform for Energy Efficiency in Building Technology (VdZ) among 1,000 home-owners with the question, “Which heating technology would you choose if you wanted to modernise your heating system over the next month”, resulted in 56 % of the respondents answering in favour of oil or gas condensing boiler technology, 21 % in favour of heat pumps, and 14 % would choose a bio mass boiler. Only 5 % decided on, ‘solar thermal only’. Therefore, the solar home version lags very far behind the other technologies.

The varying acceptance of efficient heating systems versus renewable heating systems is also becoming obvious if one compares the number of ‘passive houses’ with the number of solar houses. The first showcase home by Swiss solar pioneer Jenni in 1992 was followed by about 1,000 mainly solar-heated residential homes in Germany over the last almost 20 years, whereas the number of passive homes has already climbed to 12,000.

Solarthermalworld.org: Meaning, which role will solar thermal still play in home construction and refurbishment in 2020?

Lange: According to the VdZ survey, it is expected that over the next ten years, the market for heating replacement in old buildings is still going to be strongly dominated by the system combination condensing boiler and solar technology, or a monovalent condensing boiler. How far solar technology is going to play a role here will certainly depend greatly on the ability of the industry to sufficiently inform home-owners about the incentives that come with it. The VdZ survey shows that more than half of the home-owners had not been informed well enough.

Regarding newly built houses, PV electricity and heat for one's own use can already be totalled in one entry of the balance sheet in 2010, pursuant to the revised Energy Savings Ordinance 2009 (EnEV 2009). Hence, you can now build a zero energy house using a heat pump with a PV system and good insulation. In this case, the solar thermal system will only be used to improve the coefficient of performance of the heat pump. From 2020 on, the ‘almost zero energy building’ will become the standard in new buildings in Europe.

Solarthermalworld.org: Heat pumps are also on the winning side concerning the renewable building obligation for new structures in Germany. How has it affected the market?

Regarding the result, the solar thermal industry is not entirely free of blame, because it has missed decades of opportunities to campaign for solar heating and warm water generation among architects and others authorised to present the construction plan. These professionals know a lot about insulation, but fairly little about using solar thermal energy in residential buildings. And this, although the architect and the person authorised to present the construction plan nowadays decide, together with the developer, in a very early stage of the construction project if a solar thermal system is to support conventional heating.

Lange: A renewable building obligation for old buildings, as introduced by the federal state of Baden-Württemberg at the beginning of 2010, seems to have become a distant option at the federal level. It seems as if the federal government wants to wait for the evaluation of the Baden-Württemberg law in 2014, before grasping the nettle again. At least, that is what was announced in the law which adopted the renewable energy directive by the European Union (EAG EE) in September. It deals with the implementation of, among others, EU directive 2009/28/EC – promoting the use of energy from renewable sources – into national law.

The introduction of a renewable building obligation for already existing, public buildings is relatively certain for 2012, because this sort of regulation was already included in the revised draft of the Renewable Heating Law, which has also been approved in the framework of the EAG EE. The draft states that German public buildings in and outside the country have to cover their heating and cooling demand to at least 15% by using renewable energies if they are refurbished from the bottom up. This regulation has, of course, been written without specifying any particular kind of renewable heating technology. Staying neutral in this regard is politically better to push through than a solar-only ordinance.