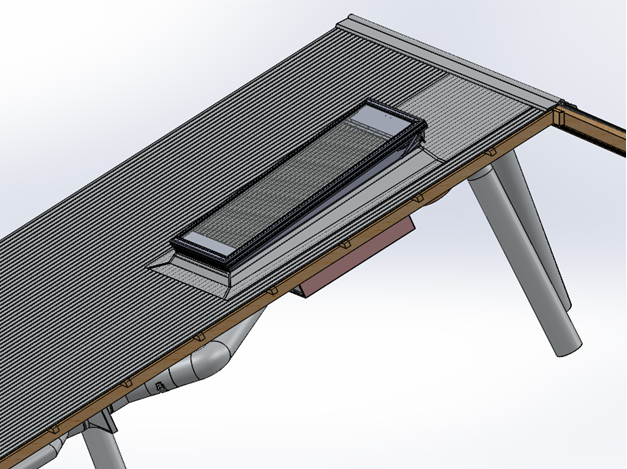 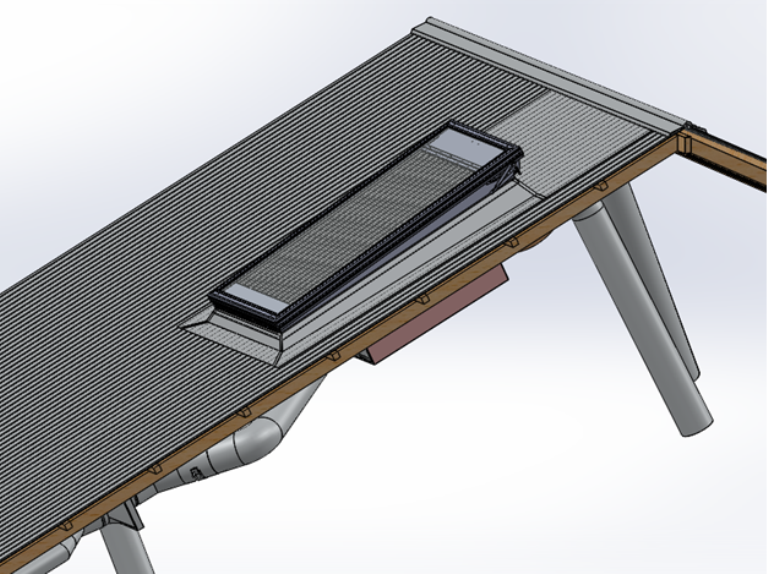 New Zealand-based Sojol has designed a prototype of a solar air heating and cooling system which consists of a glazed solar air collector, a heat exchanger and a newly developed helical fan and delivers air at a desired temperature and an optimised flow rate and pressure level. After testing the individual components, the business is now preparing to construct a demonstration system.
Chart: Sojol
“Two identical ex-state houses outside Auckland provide excellent living labs to install our solar ventilation system in one, and a commonly used air heating and cooling system in the other to analyse the difference in performance,” Sojol´s Managing Director Grace Coulter said. “This will be a suitable setting for a controlled study, though the cooling aspects of solar heating will be limited. Summer temperatures in Auckland are fairly mild.”
Sojol is looking to partner with a like-minded European business that would be willing to invest in a same-type demonstration site in a hotter climate, such as the Mediterranean one.
Coulter, who founded the company in 2013, has spent a great deal of time developing and improving key components of the fresh air supply system to heat and cool buildings based on seasonal demand and weather conditions. She came up with the idea for the unit while working as a property manager in the public housing sector. During that time, she noticed how much untapped potential there was for good quality air that could benefit people’s health.
“For example, fresh air ventilation requirements for a classroom of about 30 children to stay alert and learn is roughly 800 m³ per hour,” she said. The challenge was to supply solar-heated or solar-chilled air at the desired temperature level, so that energy efficiency and fresh air supply become two sides of the same coin.

Sojol system design: Dampers either direct air flow to the solar ventilator on the roof and the heat exchanger or bypass the ventilator to another heat exchanger, depending on the availability of solar heat.
Chart: Sojol
Four new components
The system includes four main components. One is a so-called solar ventilator, which functions like a solar air collector in winter and a solar chimney in summer. Another is an oil-filled heat exchanger for boosting the temperature of solar heating on cloudy days and providing heat at nighttime. The other two are a helical fan and an indirect evaporative cooler.
Solar ventilator
The solar ventilator consists of interlocked black-anodised aluminium tubes. They are just under a metre wide and two metres long and have a solar glass cover. In the case of the roof-mounted solar ventilator, fresh air supply enters the solar ventilator from the bottom through a 250 mm diameter duct, flows upwards and enters the building via a same-size duct. Controlled natural thermal siphoning contributes significantly to the flow in all seasons but especially in summer. An inline fan in the ducted system also draws in heated air.
The helical fan
“Our wall-integrated solar ventilators required a fan with a significantly improved volume of moved air and higher pressure. The unique design challenge was to draw air from a large sun-facing surface within a narrow wall cavity while delivering the air at sufficient pressure when filters were included,” said Coulter. Sojol’s helical fan design shows improved performance compared to a centrifugal unit and fitted the special constraints and flow path required.
The technical differences between the two types of fans are explained on the company´s website. In general, centrifugal fans have shorter blades, as they need a relatively large flow path between the fan housing and blade tips. Since rotating blades travel faster at the tips, the larger radius leads to a gain in flow rate in helical fans. The flow rate for the wall-mounted solar ventilator is up to about 800 m³ per hour, but this will adjust depending on the requirements of the building and the desired temperature.
The heat exchanger
An insulated box that measures 450 mm by 270 mm by 800 mm and is linked to the ducted system. It complements solar heating when solar energy is low or not available. Heated tubes transfer thermal energy efficiently to air by means of an oil-filled heater inside the heat exchanger. As with the solar air collector, its design improves the rate of heating to a relatively large volume of air with minimum pressure drop and is capable of the same flow volume as the solar ventilator.
Indirect evaporative cooler
The indirect evaporative cooler comprises columns of interlocking tubes and uses heat from the solar collector to chill air indirectly. The collector unit, which reaches upwards of 60 °C in summer, supplies heated air that dries a slowly turning desiccant wheel. This technique increases system efficiency and geographical reach, as the amount of cooling achieved by evaporation is a direct product of the dryness of the air.
Some of the heated air coming from the ventilator also flows over the surface of wetted pads on the outside of the tubes cooled by means of evaporation after water, such as rain water, is pumped up from the sump and drips over the pads. Air volume is adjustable up to about 900 m³ per hour – similar to the solar ventilator and heat exchanger.
“Due to its efficiency and use in all seasons, our system will compare favourably in price with other heating and cooling technologies for fresh air ventilation,” said Coulter. The flow rate settings for the solar collector, heat exchanger and indirect evaporative cooler will depend on desired temperature gains and the size of the house, among other things. All products are scalable to meet the needs of much larger applications. Together they form a fresh air ventilation system that can be operated in multiple climates and relies heavily on renewable energy.
More information:
http://www.sojol.com
Companies interested in cooperating with Sojol can contact Grace Coulter by sending an email to sojolcompany@gmail.com