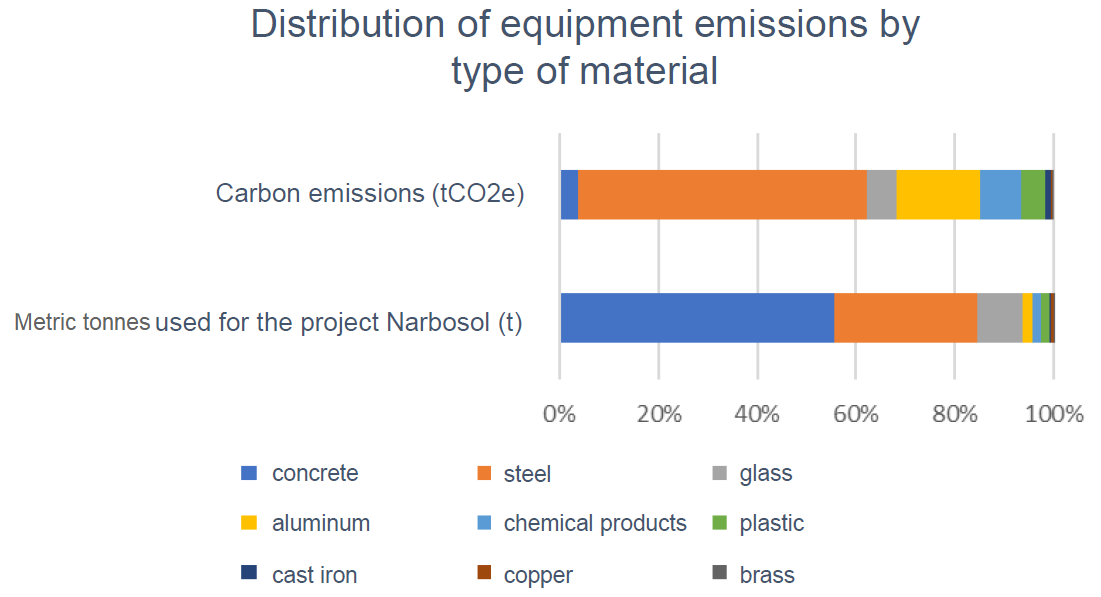 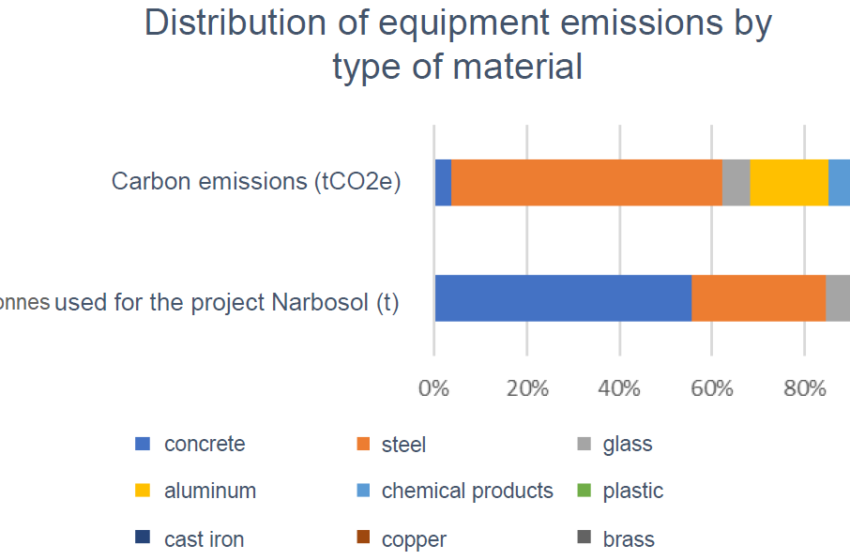 Green technologies also have a carbon footprint. Energy is used for raw materials, production, transport and operation. Life cycle assessment (LCA) for renewable energy technologies is, however, a relatively new field of research. But it is growing rapidly in importance, as it provides valuable insights into the carbon footprint of the complete lifetime of a renewable energy plant. That is why the executive committee of the IEA Solar Heating and Cooling Programme approved the preparation phase of a research platform on LCA for solar thermal technology at its meeting in June 2022. New assessments from France show that large collector fields have a factor four lower LCA values than photovoltaic panels and at least a factor 20 lower than heat from gas-fired boilers. The chart shows the carbon emissions associated with the use of materials in a large collector field.
Figure: Inuk

“On an academic level there is very little reliable data on the LCA of solar thermal energy,” stated Hugues Defréville, CEO of French solar heat project developer Newheat. He thinks that it is “absolutely necessary to evaluate the real impact – positive or negative – of a large solar thermal project”. According to him, knowing how many tonnes of CO2 can be avoided by a project allows them “to justify our real decarbonisation action to our public and private funders” and can help “the still very young sector of large solar thermal plants to become more professional”.

Therefore Newheat mandated the French consultancy Inuk to carry out an LCA of the solar district heating plant in Narbonne – called Narbosol – which Newheat inaugurated in autumn 2021. In its 25-year cradle-to-grave life cycle Narbosol will generate a total carbon footprint of 730 tonnes of CO2 equivalent. This corresponds to the carbon footprint of an average French person who is 73 years old. This amount of pollutant emissions may seem surprisingly large, but is put into perspective when compared with the pollutant emissions of an equivalent gas boiler, which according to Inuk would be about twenty times higher.

For this comparison, Inuk assumed the emission factor for gas used by Ademe, which is 227 g CO2/kWh and 90 % boiler efficiency. Therefore, the usage of gas over a period of 25 years would result in 15,200 tonnes of CO2 equivalent. This is 21 times more than the 730 tonnes for the solar heat plant, even without taking the boiler production and energy for the pumps in the gas-fuelled scenario into account. The results of the LCA of Narbosol are available online in French. 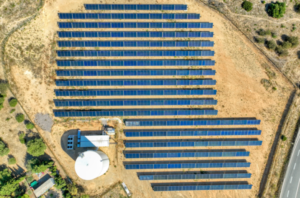 To carry out its LCA Inuk used the Bilan Carbone methodology. Here, emissions generated by all stages are considered – starting from development and construction, through utilisation and maintenance until end of life. As a result, Inuk found out that each kilowatt hour of solar heat produced by Narbosol emits the equivalent of 11.8 g of CO2 while the emission factor for gas is 227 g CO2 emissions per kWh according to data from the French Energy Agency Ademe. 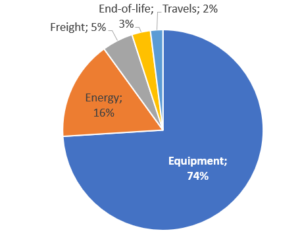 According to Inuk’s assessment, Narbosol’s equipment accounts for 74 % of the total carbon footprint, followed by energy consumption, freight, end-of-life of equipment and travel (see chart above). Among the equipment, Inuk determined that the solar collectors are the largest emitters with 250 tonnes of CO2 emissions, “which is more than a third of the thermalplant’s emissions”. The steel storage tank ranks second, emitting 80 tonnes of CO2 emissions. The category energy emissions is primarily associated with the consumption of electricity and fuels for construction machinery. The electricity used for the pumps alone accounts for 80 tonnes of CO2 emissions, as the project requires a consumption of more than 1.4 GWh throughout its lifetime.

LCAs for renewable energy technologies are a relatively new field of research, which is likely to grow rapidly in importance as it can provide valuable insights into which renewable energies are most beneficial and in which contexts. Greek scientists at the University of Crete point out in their 2019 study that the “carbon footprint for solar thermal collectors is lower compared to photovoltaics, while both technologies, alongside wind, hydroelectric, and nuclear are quite far from fossil-fuel-based thermal plants” (see following table).

Comparison of results of various LCA studies for different energy-producing technologies based on 25-year lifetime
Links to the sources in the table:
Technical University of Crete, 2019: https://www.mdpi.com/2071-1050/11/9/2539/htm
Inuk, Ademe, 2022: https://medium.com/inuk/quel-bilan-carbone-pour-les-grandes-installations-solaires-thermiques-en-france-5487152de78e
Butagaz, 2022: https://solaire.butagaz.fr/faq/empreinte-carbone-energie-solaire-photovoltaique