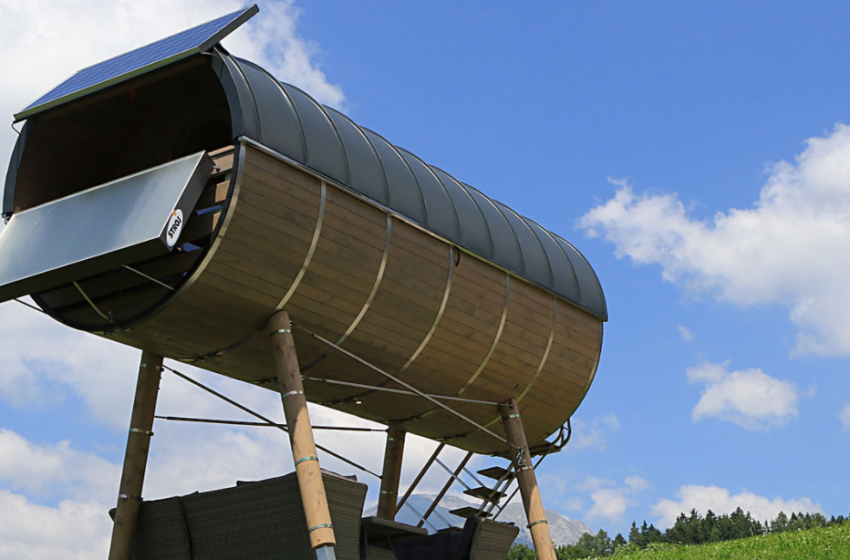 In February, Slovenia adopted its Integrated National Energy and Climate Plan, intending to make buildings across the country carbon neutral by 2050. As a next step, the southeast European country is planning to cut energy consumption by 35 % by 2030 and, at the same time, raise the share of clean energy from today’s 13 % to 27 %. Hence, in July, the government launched ZERO500 under the country’s environment fund Eko Sklad (Eco Fund). Since 2008, the fund has been offering incentives and loans to consumers wanting to retrofit single-family and semi-detached homes. The new support scheme is aimed at low-income households and will be in operation until 2023. The above photo shows a fully renewable heating system running biomass and solar. It was produced entirely in Slovenia.
Source: https://www.stroj-si.com/sl/
Low-income households that meet the requirements of ZERO500 can get to up to EUR 9,620 (including VAT) as 100 % grants for renovating their homes. Eligible retrofit measures are solar water heater and heat pump installations, thermal insulation, window replacement, and mechanical ventilation systems using heat recovery. “Our target group is made up of what we call energy-poor households,” explained Eko Sklad Manager Sabina Rajšelj, “ZERO500 will help lower their energy consumption by funding measures to improve energy efficiency and make use of renewable sources.“
Consumers prefer heat pumps and PV systems
However, Matjaž Cesen, who works at the Jožef Stefan Institute – Energy Efficiency Centre in Slovenia’s capital Ljubljana, said that the annual collector area incentivised by Eko Sklad has decreased rapidly in the last ten years because of competition from heat pumps and PV (see the chart below). In 2009, Eko Sklad supported the installation of 20,508 m2 of solar collectors. A decade later, the amount was only 1,237 m2. In a year in which the fund’s budget peaked, as sloveniatimes.com reported in September 2019. Consumers took out low-interest loans worth EUR 18 million in the first half of 2019, a 50 % increase compared to the first half of 2018.
Cesen believes that the strong decline is a result of falling prices for alternative technologies. Although solar water heater costs remained nearly constant, those of PV dropped considerably, he said. “We think the main problem is solar thermal’s appeal compared to other, better alternatives, such as heat pumps and PV. PV provides a higher level of flexibility, as electricity is a more versatile energy carrier,” he said. He added that the outlook for solar heat in Slovenia is not very bright and expects that the newly installed collector area will most likely continue to drop.

Figures provided by Jožef Stefan Institute – Energy Efficiency Centre, Slovenia
As for Slovenia’s solar thermal capacity in operation, Cesen could only make an educated guess: “The latest data gathered by a household survey in 2019 shows that the estimated total solar collector area in operation was 224.275 m2, of which 14 % were vacuum and the rest flat plate collectors. Furthermore, 10 % of single-family homes had collectors installed, while the same was true for only 2 % of all multi-family buildings.”
New and retrofitted district heating systems often use biomass
In October 2017, Rok Sunko, Managing Director of Skupina Fabrika, which represented Slovenia in the EU’s CoolHeating project, told solarthermalworld.org in an interview that “in the next 5 to 10 years, we can expect new RES DH projects which will be highly efficient in terms of both technology and economy, especially in small settlements with no connection to natural gas grids”. Almost three years later, he knows of only one such district heating project, called Vransko. The system was initially designed to run on biomass alone, but a solar field was added several years later to meet demand in summer. Sunko confirmed that “in the past year, there were no new solar district projects completed, and there are currently no plans to use solar thermal energy in any future projects.”
Uroš Habjan, who works at the Slovenian infrastructure ministry, said his government department has invited tenders for co-financing district heating systems running on renewables. The application period began in 2019 and will end in 2022. However, he said, “we had two public tender invitations before this one, but none of the beneficiaries put up a district heating system using solar thermal energy. All of them built or expanded wood biomass systems.”
Organisations and projects mentioned in this article:
Integrated National Energy and Climate Plan (NECP): https://www.gov.si/en/news/2020-02-27-the-government-adopts-the-integrated-national-energy-and-climate-plan-of-the-republic-of-slovenia/
Zero500: https://ekosklad.si/prebivalstvo/pridobite-spodbudo/objava/javni-poziv-program-zero500
Eko Sklad residential grants and loans: https://ekosklad.si/prebivalstvo
Skupina Fabrika: https://www.skupina-fabrika.com/en/about-us/
CoolHeating: https://www.coolheating.eu/en/