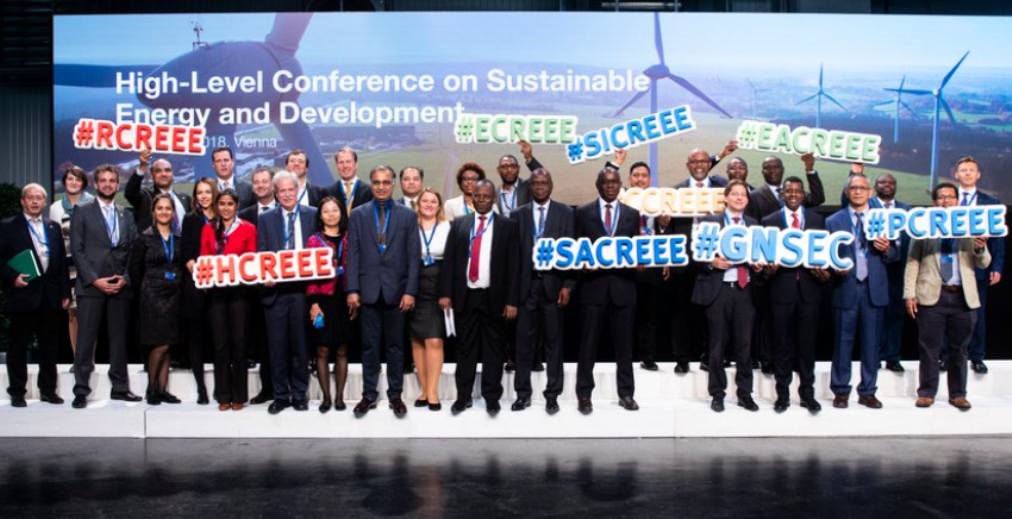 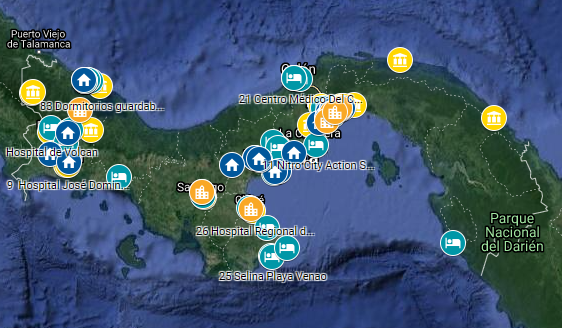 In its current Solar Update Newsletter August 2021 the IEA Solar Heating and Cooling Programme welcomes what is already the sixth Regional Sustainable Energy Centre to join as a sponsor. The most recent new member is SICREEE, which opened its doors at the beginning of 2021 and represents the eight countries of the Central American Integration System (SICA): Belize, Costa Rica, Dominican Republic, El Salvador, Guatemala, Honduras, Nicaragua and Panama. Panama is a showcase country for successful marketing of solar water heaters for hospitals, hotels and small enterprises.
Photo: GN-SEC
The extension of the IEA Solar Heating and Cooling Programme in terms of increasing regional coverage started already in 2019, when an agreement with the United Nations Industrial Development Organization (UNIDO) was signed stating that all the members of the GN-SEC, the Global Network of Regional Sustainable Energy Centres, will become sponsors of IEA SHC. The list of the organisations members can be found here. SICREEE has its headquarters in San Salvador, El Salvador, currently with three full-time staff and three interns.
“This new partnership, with its access to a global team of experts, will help to expand the use of solar thermal in small-scale industries and beyond in our region,” said María Eugenia Salaverría, Programme Officer at SICREEE, who also represents SICREEE on the IEA SHC Executive Committee.
According to the Solar Update article about its new Central American member, SICREEE focuses on capacity building, knowledge and data management, awareness-raising and investment and business promotion in the energy sector. The issue of July 2021 also includes featured articles about the Solar Heat Worldwide report and about the finished research platforms on PV-thermal and solar district heating solutions. You can read it online here.
Panama: First marketing campaign for solar heat in SICA countries
Solar thermal deployment across SICA countries is rather diverse but residential and commercial customers have a great interest in photovoltaics. Consequently, Alexandra Arias, Renewable Energy Expert at SICREEE, sees a strong need to define standards that allow greater uniformity of equipment and to promote solar thermal technologies.
Panama started such a promotion campaign in July 2018 with the aim of installing 40 solar heat demonstration systems. “We have carried out 104 prefeasibility studies for potential commercial and public clients across the country and 12 projects with a total aperture area of 350 m2 have been installed so far, of which six were supported by funds from the Termosolar Panama project,” summarized Jesus Antonio González Mar, coordinator of the UNEP-finansed Termosolar Panama project. Among the solar water heating systems realised are four hotel installations and three in hospitals, one of them built exclusively for COVID-19 patience. Seven of the 12 projects include thermosiphon units, the others are pumped systems. Currently all equipment is imported because there is no local manufacturing capacity in Panama, as González Mar adds. But Termosolar Panama has published a 53 page guideline titled Investment Manual to establish Manufacturing Plants or Assembly lines for Solar Water Heaters in Panama (see attached pdf).
Driven by the positive experience of the Termosolar Panama project, the government has approved its first solar water heater action plan in a bill published in August 2021. The plan aims at installing 1 million m2 of solar water heater systems up to 2050. “As part of the energy transition, we are taking advantage of this innovative, green hot water technology, but we are also creating economic recovery by promoting the manufacturing of solar water heater equipment locally”, says Dr. Jorge Rivera Staff, National Energy Secretary of Panama.
Termosolar Panama could be a showcase campaign for other SICA countries. The programme coordinators have already organized 60 workshops, 15 Café Solar and five high-level events – which all brought together different stakeholder groups. Another great success is that the Banco General de Panama now runs a pilot financial mechanism that consists of evaluating the prefeasibility studies, especially from the agro-industrial sector.

All the prefeasibility studies are listed online marked with an icon that allows differentiation between potential clients from tourism, industry, public institutions or the residential sector.
Source: https://termosolarpanama.com/proyectos-piloto/
Costa Rica: Attractive investment in tourism sector
In neighbouring Costa Rica solar water heaters are an attractive investment in the tourism sector. The hotel Arena Kioro, for example, has installed 12 solar thermal systems, each with a 1,500 litre tank, on the different apartment blocks to replace 53 electric boilers. The investment of EUR 99,000 was gathered via the crowdfunding platform ecoligo.investments in 2019. The investors receive 5.5 % over 7 years. Solar water heaters are an attractive investment in this region, when electricity is used to produce hot water.

Military hospital in Managua with the roofs fully covered with double-glazed solar collectors produced in Austria. Photo from the hospital’s website: https://www.hospitalmilitar.com.ni/hospital-verde-y-saludable/
Nicaragua: Military hospital with solar thermal cooling
Moving further north to Nicaragua one can find the largest solar thermal cooling system in Latin America, a 4,450 m2 flat-plate collector field covering almost all the hospital roofs in Managua. Since February 2018, the Hospital Militar Escuela Dr. Alejandro Dávila Bolaños has met almost 100 % of its hot water requirement and a third of its air conditioning requirement from the solar energy. “We are satisfied with the performance of the system after 3.5 years”, confirmed Christian Holter of the Austrian project developer Solid Solar Energy Systems, who was responsible for the design and installation of the complete solar energy supply system.
Solid has constant access to online monitoring data from the Managua plant. As of 22nd August the heat meters showed a total of 11 million kWh produced since commissioning in February 2018. This corresponds to an average specific yield of around 700 kWh/m2, a nice value when considering the rather high average temperature in the feedline of the collector field, which is around 110 °C. The high temperatures are possible because of the double-glazed flat-plate collectors which reduce thermal losses.
“We could have reached an even higher yields if the hospital had agreed to a maintenance contract”, said Holter. So far, however, the hospital administration has rather relied on the robust and proven solar thermal technology as such.
Organisations mentioned in this news article:
https://www.sicreee.org/
https://www.iea-shc.org/
https://www.gn-sec.net/
https://termosolarpanama.com/
http://www.solid.at
https://www.ecoligo.investments/
https://solarthermalworld.org/wp-content/uploads/2021/08/termosolar-panama-manual-de-inversion-v2.pdf