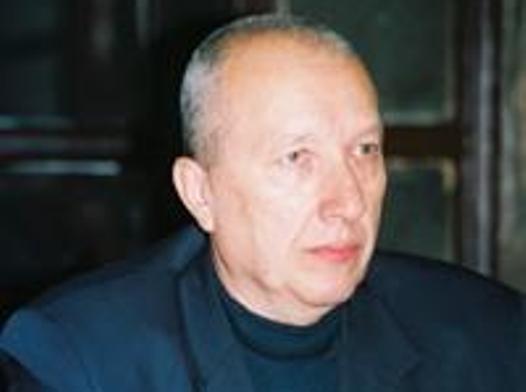 The solar thermal market in Serbia has grown noticeably over the last two years. Most solar thermal projects are realised in the public sector, in which installations have been subsidised for a few years now. solarthermalworld.org spoke with Miroslav Lambic, Chairman of the Serbian Solar Association Srbija Solar, about the market situation and the industry. Lambic is also Head of the Faculty of Technical Sciences at the Technical University Mihailo Pupin in Zrenjanin, in the northern region of Vojvodina. He supervised the drafting of a 300-page study on the Serbian solar thermal market called “Solar Atlas”. The study was published in Serbian in September 2011.
Photo: Technical University Mihailo Pupin

“Although solar thermal has been part of Serbian life for over 20 years, there has not yet been any clearly structured national market for it.” According to Lambic, only two companies have so far been mass-producing solar collectors: Danone Solar and Elsol. The several other local manufacturers produce solar collectors only from time to time. Imported products are favoured over domestically produced goods because people perceive them to be more reliable. Often, importers engender more trust than local producers.

The market’s development has been closely monitored by the local solar thermal association Serbia Solar. Founded in February 2004, the association has become the intellectual centre of solar thermal in Serbia. It has organised events, such as the international conference Energetske Tehnologije and several other national conferences, but has also established interesting projects, such as youth competitions on how to best invest in solar thermal energy use. In addition, Serbia Solar regularly publishes two magazines for scientists and engineers with the (translated) titles “Energy Technologies” and “Management, Innovation, Development”. “We would like to do even more. Our membership financing, however, is limited,” says Lambic.

The professor gave one example of what could still be done: There is no national statistic for the annual market volume of solar thermal in the country and Serbia Solar would like to carry out such a survey. However, the government did not agree to finance the survey. The association estimates that more than 8,000 m2 of solar collector area have been installed in Serbia over the last five years, most of them (roughly 3,000 collectors) in the northern province of Vojvodina. The largest share of the solar collector area was installed during the last year or two. “Since Serbia was admitted as a candidate for the European Union, numerous state funding options for renewables have been offered and people have started talking about it. Before that, hardly anybody had paid attention to solar thermal technology,” states Lambic.

The association’s chairman confirms that Serbian subsidy programmes have focussed exclusively on the public sector. Over the last few years, two projects which included solar thermal technology were put out to tender, and both dealt with renewable and energy efficiency measures in public buildings. There have also been numerous regional funds, along with the option to receive low-interest credits from some banks, such as the Volksbank. The professor states that tenders and regional funds have been much more successful than credits, because people have had bad experiences with banks and credit lines, which led them to choose the funding option.

The solar thermal market in Serbia is dominated by solar hot water solutions. These are pushed by the fact that in a lot of cases, Serbian households use electricity to generate their hot water. This, in turn, increases the electricity consumption of the private sector. According to the Solar Atlas, about 55% of the total energy consumed in households in Serbia (and in Vojvodina) is used for electricity. Of these, a significant portion is spent on heating domestic hot water.

Combined systems for hot water and space heating are not very widespread in Serbia. The country’s very cold winters have shifted the interest more towards heat pumps. Electricity itself has not been used a lot to heat rooms in Serbian households. While wood and coal are the most broadly used energy sources in central Serbia for heating purposes, coal alone dominates in northern Serbia, and gas and heating oil are used in cities. Although central district heating is the number one choice in cities, many residents have their own boiler already. This means that solar thermal systems for space heating will pay back later than hot water systems which replace electricity.

According to the Solar Atlas, solar thermal energy would be used most effectively if it heated hot water in the recreation and health sector. Other possibilities in Serbia include many industrial, sports, military and other facilities – mainly because they need significant amounts of electricity and contribute greatly to environmental pollution.

According to estimations by the Energy Efficiency Agency of Serbia, more heating and energy efficiency in the industry could reduce the energy consumption in Serbia by more than 50%. About 10% of the total electricity consumption is lost in conversion processes – a very inefficient practice. Due to the poor condition of the electrical distribution networks, there is an electricity loss of about 15%. That solar thermal technology will play a crucial role in these efficiency programmes is one of the objectives of Lambic’s association.
More information:

The study “Solar atlas and possibilities of how to use solar energy in the territory of Serbia, especially Vojvodina” written in Serbian is available for download: http://www.psemr.vojvodina.gov.rs/files_for_download/sunce/STUDIJA%20-%20SOLARNI%20ATLAS%20VOJVODINE.pdf