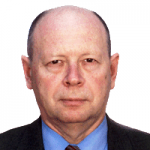 Professor Vitaly A. Butuzov is one of Russia’s well-known experts on solar heating and cooling. He is professor at the Department of Electrical Engineering, Heat and Renewable Energy of Kuban State Agrarian University in Krasnodar, the capital of the region which bears its name. This region is one of the main economic centres in southern Russia. Additionally, Butuzov is Director of Krasnodar Power Technologies, which offers solar thermal systems in combination with geothermal units and energy efficiency projects. Solarthermalworld.org spoke with him about market development in Russia.
Photo taken from the website: http://www.c-o-k.ru/authors?id=1691
Solarthermalworld.org: Where and in which fields do you see the largest potential for solar thermal technologies in Russia?
Butuzov: Among the 18 Russian regions, total horizontal irradiation fluctuates between 3 and 4.5 kWh per m² and day. The regions of Krasnodar, Stavropol and Crimea have the biggest potential for the further development of solar thermal technologies.
My own estimate based on Ministry of Energy data, which has not been publicly available, shows Russian market potential to be around 2 million m² of collector area, half of which could be installed at hotels and resorts and the other half in the single-family building segment.
The potential in the Krasnodar region is estimated at 1.1 million m² of collector area, since it is a well-developed economic region in Russia with a high-income population. The region is characterised by an abundance of tourism businesses and a lot of practical experiences in the construction and operation of solar thermal installations, which makes it one of the centres for developing the solar thermal industry in Russia.
Solarthermalworld.org: Despite the huge potential, the market has developed slowly in Russia. What are the major barriers to success?
Butuzov: The slow pace of solar thermal development in Russia can primarily be explained by the following reasons:
Solarthermalworld.org: Do imports from China play a big role on the Russian solar thermal market nowadays?
Butuzov: The share of imports is high, but there is the possibility that imports will start to decline in the coming years. What the Russian market for solar thermal energy needs is the design of an entirely new solar collector model with optimal energy consumption compared to manufacturing costs and total solar yield during its entire lifetime.
Solarthermalworld.org: Over the last years, you have regularly provided the authors of the Solar Heat Worldwide study from Austrian institute AEE INTEC with figures about the newly installed collector area in Russia. Where do these figures come from?
Butuzov: In 2014, the installation at Sochi Adler-Airport was put into operation with a collector area of 276 m² provided by Viessmann. In 2015, another solar heating system – also from Viessmann – with a collector area of 736 m² was put into operation in the railway station in Sochi.
In addition to these two installations, I estimate that around 500 m² of collector area is installed across Russia each year.
http://www.kubsau.ru/en/
The interview was conducted by Eugene Gerden, a Moscow-based freelance journalist specialising in renewable energies.