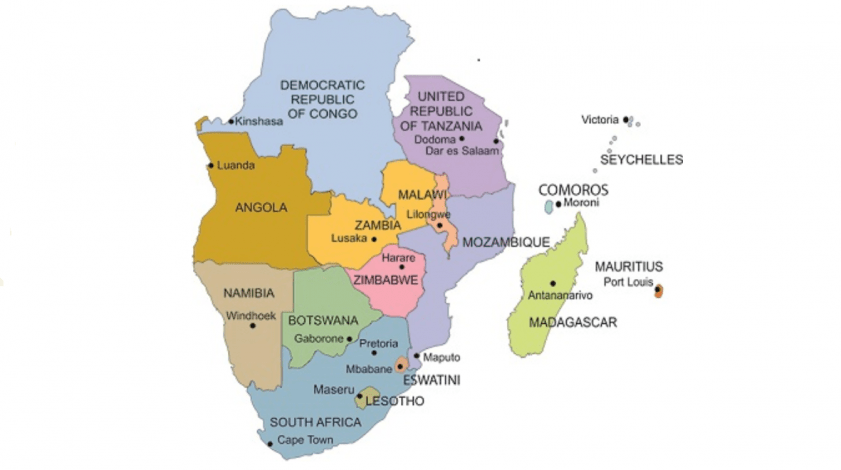 One of the IEA Solar Heating and Cooling Programme’s new sponsors is SACREEE, the Centre for Renewable Energy and Energy Efficiency, set up by the Southern African Development Community (SADC), an intergovernmental organisation. SADC represents a dynamically developing solar thermal region encompassing 16 countries (see map) with around 300 million population. As part of the SOLTRAIN initiative, SACREEE helps government ministries implement solar thermal roadmaps, which has already resulted in some support and regulatory policies in SOLTRAIN’s partner countries.
Map: SADC
On behalf of 16 energy ministers, the centre aims to improve access to state-of-the-art energy supply services and increase their reliability in the SADC region. “We are excited about our new membership in the IEA SHC programme, as several of its current research topics are relevant to our region,” said Kudakwashe Ndhlukula, Executive Director of SACREEE. According to him, these include PV-thermal, integrated solutions for daylight and electric lighting, solar energy in industrial water and wastewater management and solar process heat.
SOLTRAIN stands for Southern African Solar Thermal Training and Demonstration Initiative, a regional programme coordinated by Austrian research institute AEE INTEC. Launched in 2009, the initiative aims to demonstrate solar thermal technology and add capacity across the SADC region. It is now in its fourth phase and covers Botswana, Lesotho, Mozambique, Namibia, South Africa and Zimbabwe. The solar thermal roadmaps that have recently been drafted in these six countries are available for download at https://www.soltrain.org/assets/roadmaps.
Solar thermal roadmaps set ambitious targets
The stakeholder-driven process of drafting the countries’ roadmaps has led to differing targets, listed in the following table.

*Figures are taken from Solar Heat Worldwide. Global Market Development and Trends in 2019. Detailed Market Figures 2018.
Electric geyser ban in Zimbabwe
One of the key reasons why politicians in all SADC countries support an increase in solar water heater capacity is that the electric water heaters commonly used across the region put the grid under strain, causing power cuts. In Zimbabwe, electric geysers consume up to 400 MW of the country’s total daily electricity demand of 1,200 MW, according to a reuters.com news article from 13 November 2019. In response, the government banned systems that would use electricity to heat water in newbuilds.
Called Statutory Instrument 235, it applies to all property developers, architects, engineers and future hot water users (see the PDF attached to this news article). Issued on 8 November 2019, it combines the ban with recommendations for the use of solar energy, exemplified by the following phrase: “No owner of the premises after the effective day of these regulations shall connect electric geysers, but may, at his or her own expense, install and use solar water heating systems.” 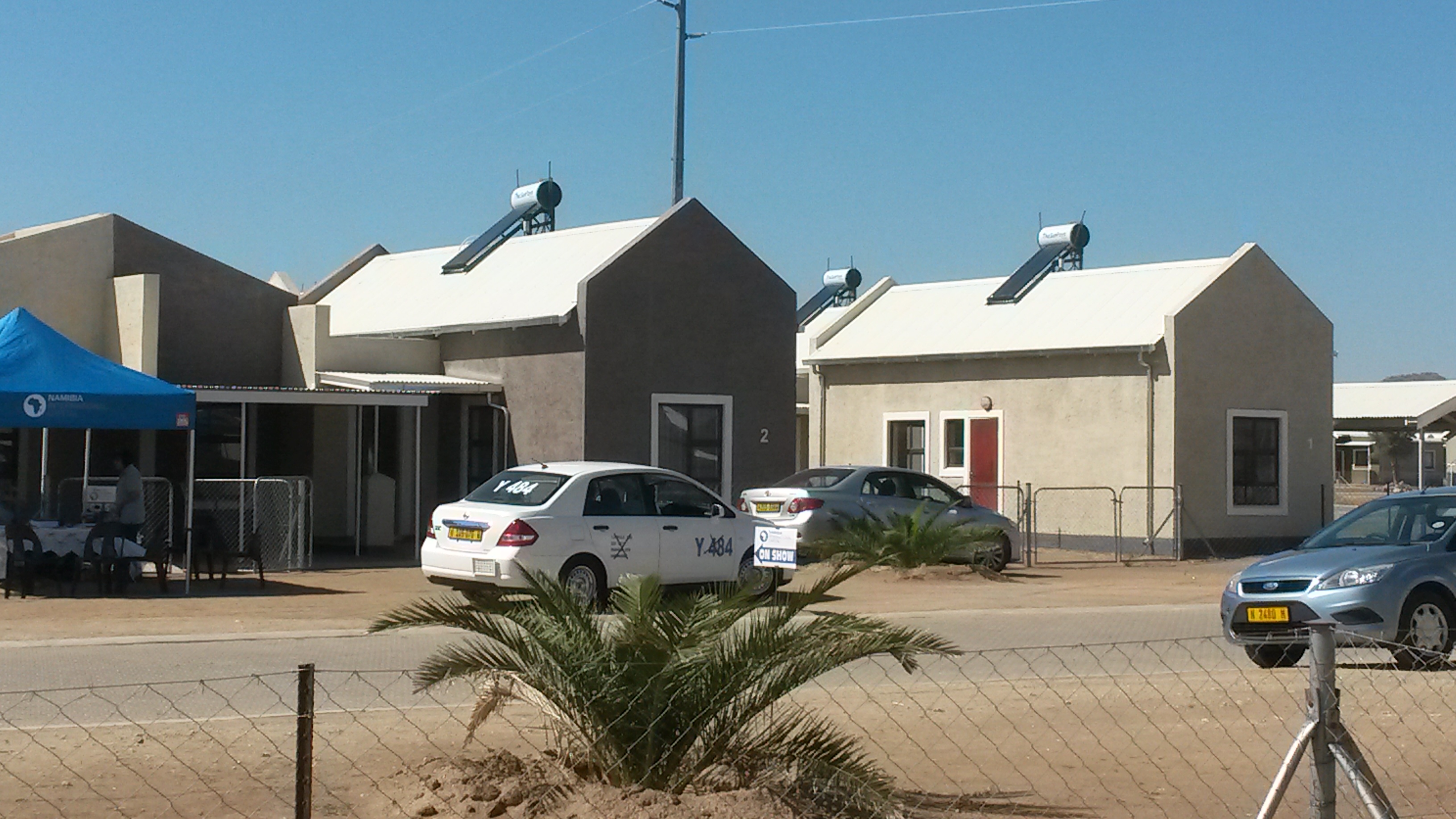 Flats in Osona Village in Namibia use sunlight to heat water for showering
Photo: Werner Weiss
In Namibia, the government stimulates demand by having solar thermal systems installed in all public buildings and by creating policies and instruments to increase the number of solar thermal systems in the private sector and in households. For example, its Solar Revolving Fund provides subsidised loans for buying solar thermal systems and other renewable energy technologies.
The government’s decision was backed up by encouraging results from a pilot project carried out by SOLTRAIN. Detailed measurements in households with and without solar water heaters showed that using solar energy to heat water can cut electricity consumption by 40 % to 50 %, resulting in savings of around 1,000 kWh annually. It is a strategy that is now being put into practice about 60 kilometres north of Windhoek, in Osona Village, in Okahandja, where construction on a new sustainable 1,100-hectare housing estate with 10,000 flats started in 2019. Each flat will reportedly be equipped with a solar water heater.
Organisations mentioned in this article:
https://www.iea-shc.org/
https://www.sacreee.org/
https://www.sadc.int/about-sadc/
https://soltrain.org/
www.aee-intec.at