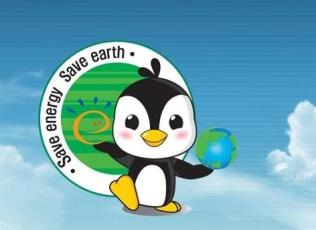 “Save Energy Save Earth”: The emblem of the Korean Energy Management Corporation (KEMCO), the energy agency of the Ministry of Knowledge and Economy, shows that the South Korean Government takes climate protection seriously. Photo: Bärbel Epp


South Korea wants to become green: This year, its government initiated the so-called “1 Million Green Home Project”, with a 2009 budget of KRW 94.3 billion (USD 72 million). The aim until 2020 is to create a million homes that use one of the following five renewable energy technologies: solar thermal, photovoltaics, geothermal, biomass or small wind energy. Each year, the government will set the new budget for the next one.

Geothermal and solar thermal applications will have a 35 % share in this year’s funds. The government announced a specific subsidy of 930,000 KRW/m2 (715 USD/m2) for a maximum of 50 % of the investment costs (see more details about the incentive programme in the database of incentive programmes).

The government therefore changed the requirements in the meantime and by now, everyone with a pumped system of up to 30 m2 can receive the 930,000 KRW/m2 subsidy. Customers of thermosiphon systems, however, are still being excluded from funding, a critique mentioned by some system suppliers, whose focus lies mainly on installing these type of systems. They also note that the budget will not be enough to have a big influence on the market. Considering the high subsidy rate, the annual budget of the one million green home project for solar thermal will support a maximum of 20,000 m2, whereas last year´s total market volume was already around 80,000 m2.

The winner of the programme could then be the photovoltaics industry: 50 % of the annual budget is reserved for this technology and the maximum cost covering for investments in these systems is at 60 %.