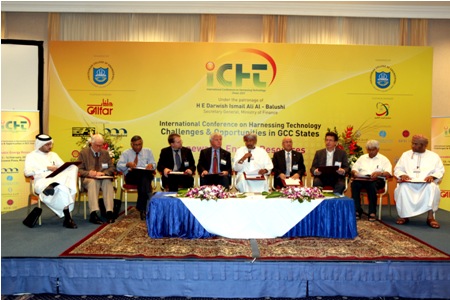 Oman should prepare an energy road map for the future, experts proposed during a panel discussion at the end of the two-day "International Conference on Harnessing Technology" (ICHT) in Oman. Initiated by the Caledonian College of Engineering (CCE), Oman, the conference took place for the second time. Around 150 participants attended, including 50 international delegates and speakers from 12 countries. This text bases on several articles published in the national Newspaper Times of Oman.

Werner Koldehoff, Board Member of BSW Solar, presented in his speech the challenges of tackling climate change and the role that solar thermal technology can play in the future. The consultant was pleased to see a change in thought across the Middle East country: “Now, it is time to focus on the proper technology and devise a ‘Roadmap of Energy’ for Oman”. Koldehoff also proposed that all new government buildings could use energy-saving and energy-efficient techniques and become examples for society. He stressed that it is time to “Download the Sun” – maybe this could become the slogan for solar in the future!

Several panellists supported the idea of a roadmap. Omran Al Kuwari, CEO of GreenGulf, Qatar, said it is important to consider, “technology, economy and policy” while developing roadmaps. He stressed that collaboration within the region is another aspect playing into it.

Saif Al Hinai, Chairman of the Advisory Committee of ICHT, pointed out that the success of the conference is clear evidence of the awareness among industry and academia in Oman. He suggested that a non-governmental organisation on renewable energy must be formed on the national level, “so that the deliberations can persist”.