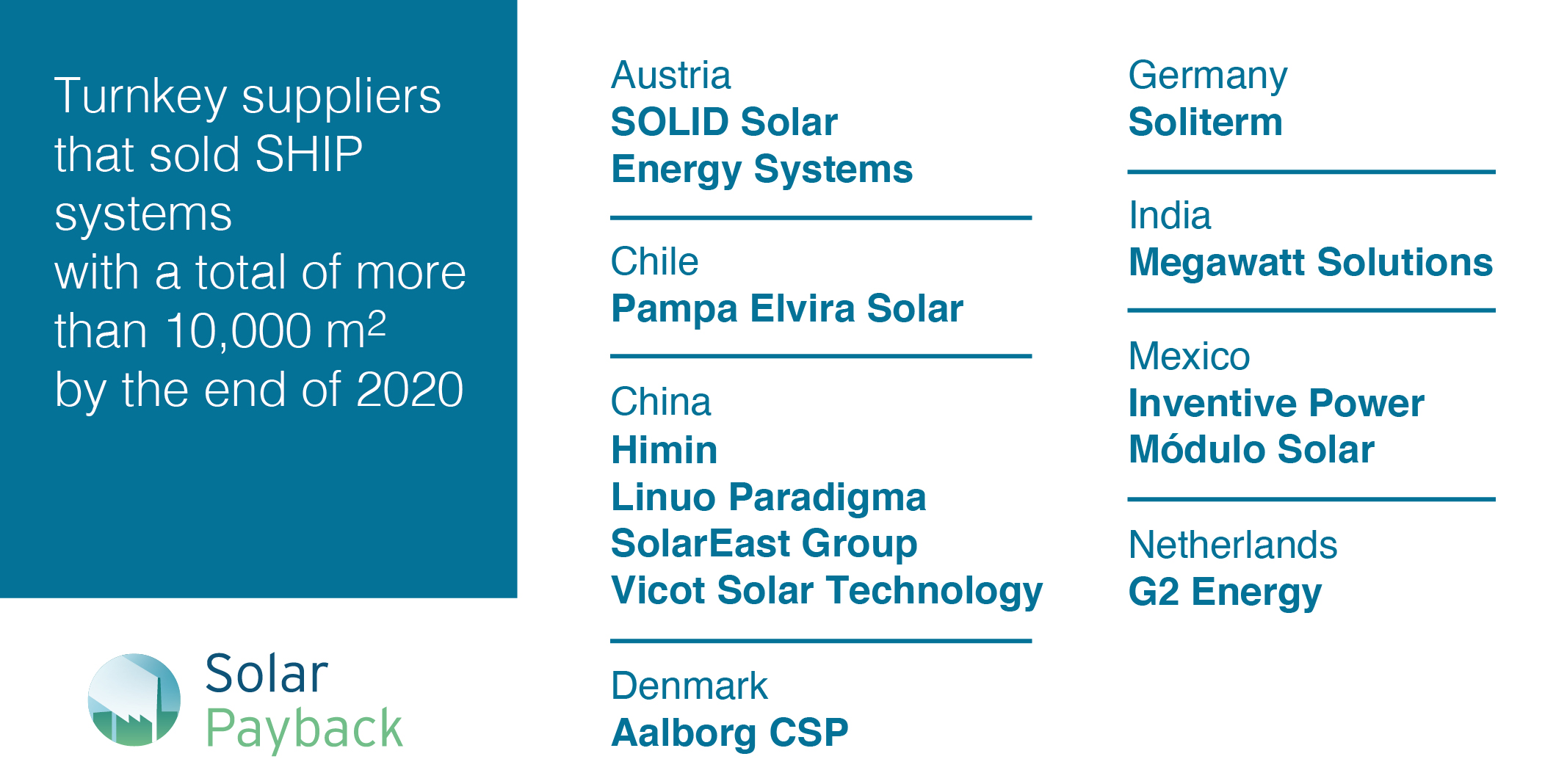 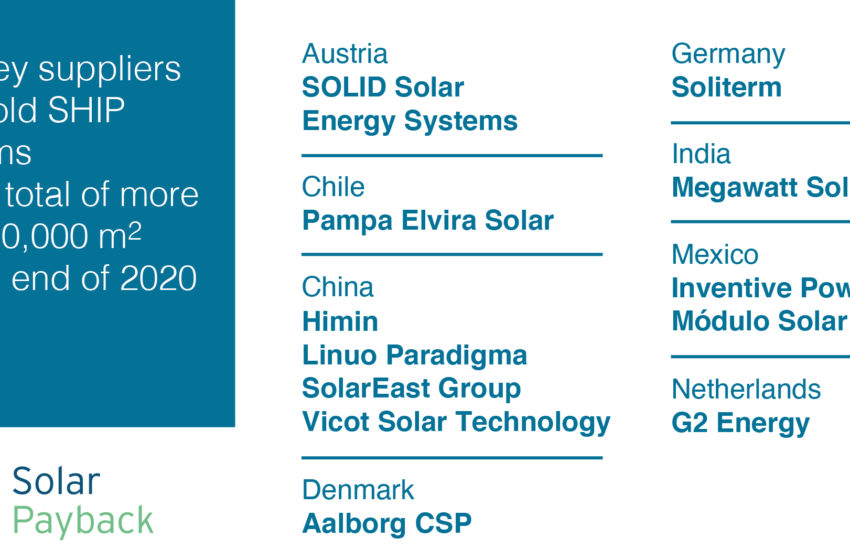 The latest SHIP Supplier World Map shows detailed information on 75 solar technology suppliers from 23 different countries. Together, they completed around 1,000 solar industrial heat plants until the end of 2020. The global hubs of the SHIP supply chain were Mexico and Germany, both with 10 companies pinned to the map. New industry clusters have also emerged over the last years – one in the United States, where the number of map-listed suppliers has grown to 6, and one in France, which has seen an increase to three firms operating in the SHIP market. India, on the other hand, has the highest fluctuation of businesses offering industrial solar heat. In addition to the seven companies listed, another eight used to be part of former world maps but have since stopped selling SHIP solutions.
Source: Solar Payback
Only those businesses that responded to the latest survey carried out in April 2021 have been listed on the new World Map. The company information that pops up when users filter result or click on a map pin now includes the number of SHIP projects commissioned by the end of 2020. As an example, 15 of the 75 suppliers listed completed 64 SHIP projects with a total capacity of 89 MW last year.
However, four out of five companies were not able to commission even one new SHIP plant in 2020. Most businesses had a challenging year because of pandemic-related travel or work restrictions and postponed investment decisions by industrial clients. In all, 83 % suppliers said (in 48 answers) that the pandemic delayed the closing of contracts for new SHIP systems and 69 % confirmed that COVID-19 restrictions also slowed down the implementation of projects that had already been under contract.

Still, the survey showed some positive trends as well, fuelling optimism among stakeholders that the pandemic-induced reduction in SHIP sales will be overcome soon. In all, 59 % of the respondents said that the number of project requests from industrial clients had gone up, agreeing with the statement that the “interest in green heating solutions by multinational corporations is growing”. The high-level policy discussions about the Green Deal, climate laws, carbon pricing and the worldwide 1.5 °C target seem to have increased multinational corporations’ awareness of their own responsibility for reducing carbon emissions. The coming years will show whether that interest will also lead to a growing number of SHIP installations globally.

How to select the supplier you need
The chart above illustrates the different ways in which users can select companies on the world map. Key criteria for choosing an appropriate technology partner could include the number of SHIP systems completed thus far, the company’s in-house expertise in collector manufacture or the sort of collectors offered by the business. Another important criterion could be the availability of heat supply contracts, information that is also shown in the individual popup windows. Out of all the companies listed on the map, 30 offer heat contracts to industrial clients instead of selling them a physical system.
More information: https://www.solar-payback.com/suppliers/