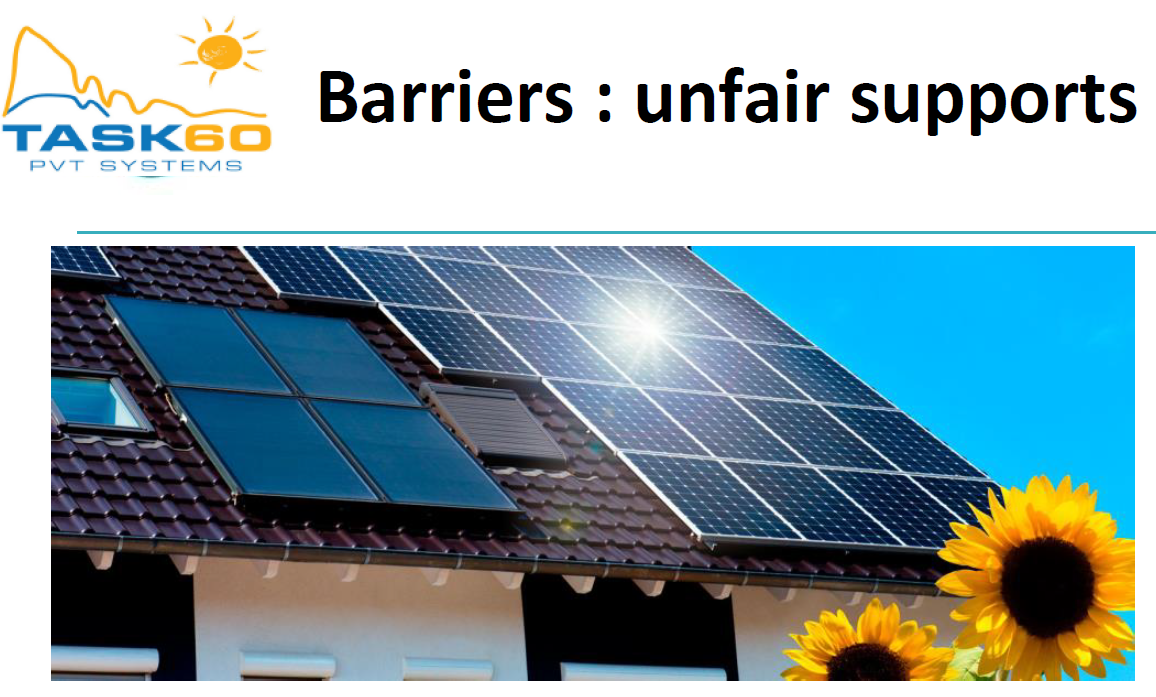 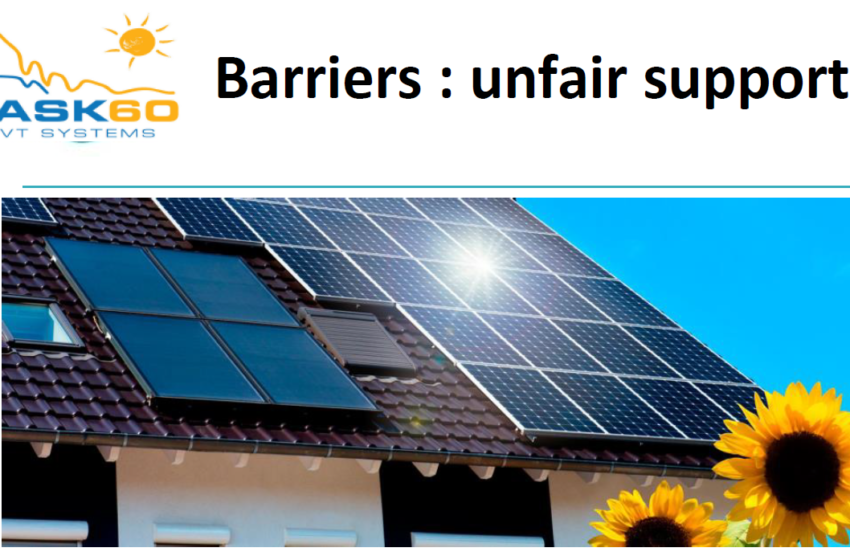 PVT applications do not receive nearly as much support as solar thermal or PV systems do. Incentive schemes especially often do not include funding for PV-thermal components. In addition, special PVT grants are offered only in Germany but not in Austria, France, Italy, the Netherlands, Switzerland or the UK, according to a survey carried out by international research group IEA SHC Task 60, Application of PVT Collectors, in the first half of 2019. The survey findings are included in an 18-page report titled 2020 Subsidies for PVT collectors in Selected Countries (see the attached PDF). More PVT-related publications can be found on the task’s website.
Photo: DualSun
“Current PVT support is less than satisfactory, at least in the countries we analysed,” said Jean-Christophe Hadorn, Leader of Task 60. “This needs to improve, especially since PVT allows you to maximise solar yields across available roof space –  an essential advantage when it comes to densely populated areas and multi-storey buildings.”
Regarding future incentive schemes, the researchers recommend that governments:
While producing the same yield, PVT collectors receive less support in France than side-by-side installations of PV and ST.
Source: Dualsun
Task 60’s industrial members were the first to bring up the topic of unequal treatment. “The unfair incentive situation is clearly a market barrier,” said Laetitia Brottier, French company Dualsun’s Chief Innovation Officer and co-founder, during an IEA SHC webinar about PVT in March. “Even if your PVT system produces exactly the same number of kilowatt-hours a year as separate PV and ST systems, you receive significantly more support in France for PV and ST side by side than for PVT.”
The survey results are shown in the following table, compiled by Alois Resch, a researcher with the University of Applied Sciences Upper Austria. In all, 11 of the 12 PV schemes that were identified in the target countries included PVT, whereas only 5 of 20 programmes for solar thermal have made PVT fully eligible. Germany is the only country that offers a PVT-specific grant. France used to have a PVT-only scheme to support innovative projects, but it was suspended this year.
Number of subsidy schemes in selected countries and their suitability for PVT applications
Source: Task 60
Task 60 is one of seven international research platforms currently supported by the IEA Solar Heating and Cooling (SHC) Technology Collaboration Programme. Altogether, more than 300 experts from 19 countries, the European Commission and six international organisations are conducting collaborative research on topics ranging from solar envelope solutions to storage tank design and the integration of large solar fields into district heating and cooling networks.
Organisations mentioned in this article:
https://www.iea-shc.org/
https://task60.iea-shc.org/
https://solarthermalworld.org/wp-content/uploads/2020/08/task60_report_d6_subsidies_pvt_20200714.pdf