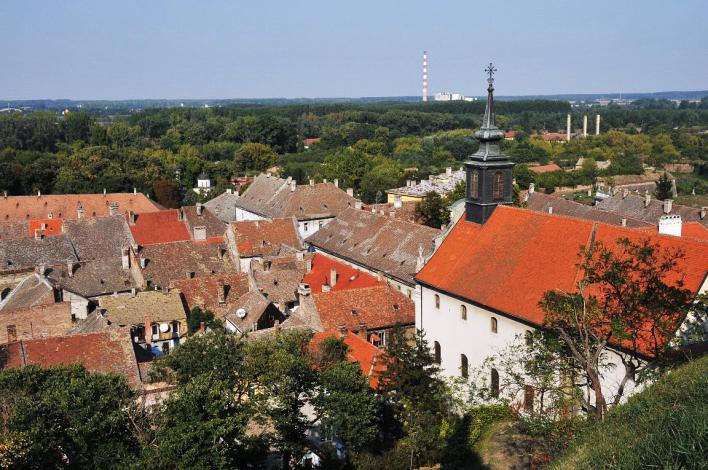 The interest in solar district heating has increased significantly in Serbia since the European Bank for Reconstruction and Development (EBRD) started to finance prefeasibility studies for SDH plants in January 2019. Furthermore, Serbia adopted a Renewable Energy Law in April 2021 which includes an ambitious mechanism to support the implementation of renewable heating and cooling capacity. The Northern Serbian city of Novi Sad (see photo) is one of the cities with a rather modern district heating system and a committed municipal council which is pushing the planning for a multi-MW solar heat plant. We spoke with Bojan Bogdanovic, Principal Fund Manager of the Renewable District Energy in the Western Balkans (ReDEWeB) programme, about lessons that have been learned from three years of promoting solar district heating in the Western Balkan countries.
Photo: EBRD
What is the current status of the planning process for SDH in Novi Sad?
Bogdanovic: In September 2021 the municipality accepted the prefeasibility study’s recommendations and decided to proceed and conduct a feasibility study together with the EBRD. The solar heat solution currently being discussed should be of more than 65,000 m2 and have seasonal storage. This decision has been announced already via social media and we are waiting to receive the formal request for cooperation from the municipality. The city on the Danube has a rather modern district heating grid, which is very suitable for the feed-in of solar heat. 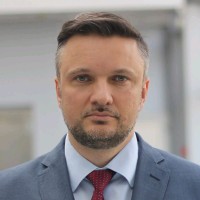 Bojan Bogdanovic, Principal Fund Manager of the Renewable District Energy in the Western Balkans (ReDEWeB) programme Photo: EBRD
What are the convincing arguments for solar heat as an option to make the example central heat supply system in Novi Sad greener?
Bogdanovic: One of the major advantages are the zero local emissions of solar heat plants, considering that most cities in the Western Balkans have an air quality problem and therefore biomass plants are not always seen as an ideal solution for greening the district heating grid. Another important advantage is the stable and predictable heat prices throughout the lifetime of the facility, enabling the municipal utility to manage the system in an economically efficient way in the short, medium and long-term. What also convinced the municipality were the low technological risks. SDH has been tested and operated successfully in a large number of plants in European countries such as Denmark, Germany and Sweden.
How good are the conditions for solar district heating in the Western Balkan countries?
Bogdanovic: The Western Balkans is one of the southernmost European regions with significant solar radiation and large district energy systems. Some of them have a high degree of modernization and digitalization, achieving operating parameters that are very suitable for solar. The average fluid temperatures in the return line are often below 50 °C because of efficient temperature regulation in the buildings, good hydraulic balancing and an increasing percentage of renovated buildings. All the points mentioned also apply to Pristina’s district heating system, where the KfW Bank and EBRD are jointly developing a large solar thermal project with partners from government, the municipality and the district heating company.
Project development times for solar district heating are generally long. What does your experience in the Western Balkans indicate?
Bogdanovic: Five years usually pass between the initial discussions and the start of the ground work. That´s why it is great news that the donors from the Austrian and Swiss governments have extended the ReDEWeB programme for two more years until December 2024.
Securing land is always a key issue that often delays the implementation. In our experience it helps a lot to find city-owned land to speed up the planning process. It is also important to find an area where there is no competition with the construction or agricultural sectors. For instance, in Novi Sad we found land in the sanitary water supply protected area, which is not suitable for building construction, industry or agriculture. In Pancevo in Serbia the land that is envisaged for use is surrounded by railway tracks from all sides and there is a high-voltage electricity transmission line, which again makes it not suitable for other purposes.
What role does the distance between the collector field and the feed-in point play when searching for land?
Bogdanovic: The distance between the land dedicated for the solar collector field and the feed-in point in the existing heat network, which needs to have a large enough dimension, or the heating centre is important for the feasibility of the project. The larger the scale of the project and the amount of heat generated, the longer a justifiable connection pipeline can be. Heat losses are not the key issue here but the CAPEX that needs to be invested in constructing the connection pipeline.
In the largest solar district heating market worldwide, Denmark, most of the solar plants are operated by utilities. What do you expect from the utility companies in the Western Balkans?
Bogdanovic: Large-scale solar collector fields with seasonal heat storage are complex facilities to build, maintain and operate. This implies that in some cases district energy system operators and utilities are not capable of operating them by themselves and they need external support to achieve optimal performance of the facilities. In some cases it is necessary to engage turnkey or BOT technology suppliers or to offer heat purchase agreements.

Pioneers in solar district heating: Since January 2017 a 906 m2 collector field has been in operation in Pancevo, Serbia. Photo: JKP Grejanje
What do you expect from the new Renewable Energy Law in Serbia?
Bogdanovic: The law is a great step forward for SDH in Serbia. It stipulates that the government must establish a support mechanism to cover a certain share of the investment costs of renewable heating and cooling projects. What is important is that the law guaranties that the district energy utilities must purchase surplus heat from both private and public operators of renewable heat plants. The Ministry of Mining and Energy is currently drafting all the sub-laws necessary for the full implementation of the bill and it is expected that this process will be complete in early 2022.
The interview was carried out by Bärbel Epp.
Organisations mentioned in the interview:
https://www.ebrd.com/home
http://www.pancevo.rs/en/
http://www.grejanje-pancevo.co.rs/
http://www.novisad.rs/