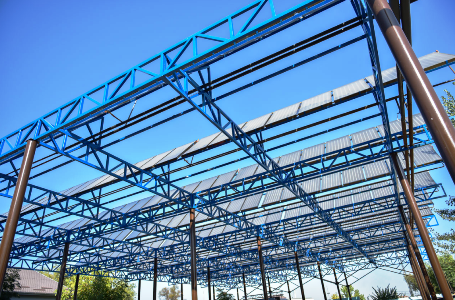 In September, the then deputy PM of Kyrgyzstan, Duishenbek Zilaliev, attended the inauguration of a 0.5 MW solar district heating plant in the capital Bishkek. The press release on the event – published by the media and communications department of Bishkek’s city hall on 22 September – also mentioned the operator of the solar field, the Bishkekteploenergo municipal utility, the largest thermal energy provider in the city. The national Environmental Protection Fund supported the project financially by offering a grant of Kyrgyzstani Som (KGS) 10.6 million – 72 % of the total investment costs of KGS 14.8 million (around USD 212,000).
Photo: Bishkek City Hall
The media and communications department of Bishkek city hall quoted the deputy prime minister as having said that “this innovation should be introduced into other regions, and the government will take every measure to support such a revolutionary step.” Kyrgyzstan is a small central Asian country with a population of 6 million, neighbouring China, Kazakhstan and Tajikistan.
According to Bishkekteploenergo, the solar plant feeds into the return line of the existing district heating network, which supplies a day care, a school, residential housing units and 4 student buildings. The solar heat system was designed and installed by the municipal utility. Its 364 Chinese-made flat plate collectors have been the only parts imported from abroad.
Bishkek city hall estimates the natural gas cut-down to be around 124,800 m³ a year, which will save KGS 2.2 million annually, based on current tariffs.
The State Agency for Environmental Protection and Forestry issued the grant as special funding, not as part of a regular solar thermal support scheme.
Bishkekteploenergo has since announced plans for a second solar district heating installation in Bishkek’s Orto Sai suburb.
Organisations mentioned in this article:
State Agency for Environmental Protection and Forestry: http://www.fauna.kg/8-russian
Report on Bishkek: http://www.meria.kg/index.php?option=com_content&view=article&id=16714:in-bishkek-first-solar-will-get-warm&catid=420&Itemid=75&lang=kg