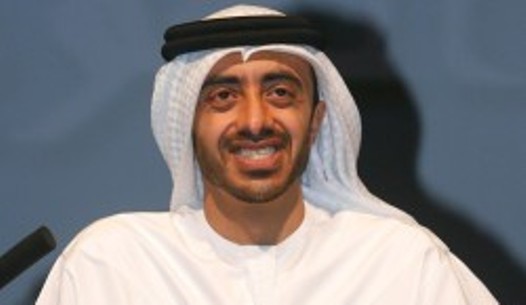 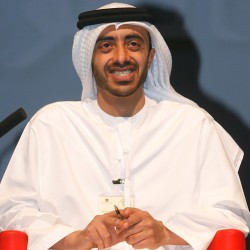 “It was very important to us to offer IRENA a value proposition  by engaging with developing and developed nations alike,” his Highness Sheikh Abdullah Bin Zayed Al Nahyan, Minister of Foreign Affairs of UAE, explains the choice of building the IRENA headquarters in his country. Photo: Worldnews

The IRENA (International Renewable Energy Agency) was established this January and will be the first international agency to have its headquarters in the United Arab Emirates (UAE). The new renewable energy development hub known as Masdar City will house the secretariat of presently 136 member countries. Even though competition with big players in the renewable energy industry (Austria, Germany, Denmark) was fierce, the UAE have shown the ability to appeal to such a driving force. Not only will the UAE build Masdar City, this future carbon-neutral and zero-waste complex, but the country is also strategically in a good position between developed and developing countries. The German city Bonn will be the host for the innovation and technology centre and the Austrian city of Vienna will be a connection point for contacts to the United Nations (Energy) and other international institutions.

IRENA was founded at the initiative of Germany and Denmark earlier this year. The agency is determined to become the driving force behind the development of renewable and sustainable energy around the globe. Of the 136 member countries 45 are African, 36 European, 32 Asian, 14 American and 9 oceanic. The agency will act as the global voice for renewable energy, offering expertise, supporting countries and helping to establish frameworks and capacities. When thinking of Global Warming, rising energy prices and an increasing demand for energy worldwide, the need for such agencies to help to change awareness, educate, support and provide economic opportunities becomes eminently apparent.

IRENA wants to minimize obstacles, such as political and market barriers, lack of know-how and information in all sectors of the renewable energy market (for a more detailed account, see the attached document). The international governmental agency is thought to work closely with stakeholders to enhance the demand of renewable energy and implement work programmes to facilitate communication between member states. To fulfill all these requirements, IRENA had to find a place, at which renewable energy already has a major impact on the environment, where different cultures live together and where developing countries meet the industrialised ones. UAE’s Masdar City thus emerged as a neutral and stable economic platform, to be ultimately chosen for the headquarters of the agency. According to his Highness Sheikh Abdullah Bin Zayed Al Nahyan, Minister of Foreign Affairs of the UAE: “It was very important to us to offer IRENA a value proposition that would help the agency achieve its goals by engaging with developing and developed nations alike.” The UAE has offered the agency a grant of $ 136 million over a six-year period and the Abu Dhabi Fund for Development offers another US$ 50 million of loans for renewable energy projects.

The agency chose its Interim Director-General at the second preparatory session this June. Hélène Pelosse, Deputy Head of Staff in the Private Office of the French Minister for Ecology, Energy, Sustainable Development and Town and Country Planning, was elected to that position by the participating member states. “The unique expertise of Hélène Pelosse will add a remarkable benefit to IRENA and make it a driving force behind a new global energy paradigm that suits the needs of the 21st century,” concludes the IRENA website.

Text was written by communication specialist Hanna Schober based in South Africa. Schober@sorlico.com