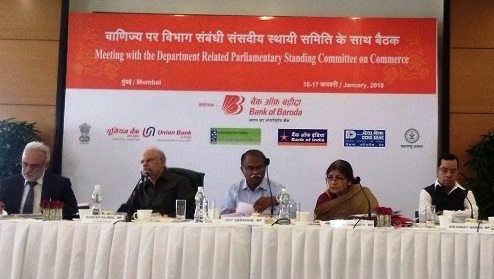 Vacuum tube-based solar water heaters imported from China are posing a serious threat to the viability of domestic manufacturing in India. This was the key message from the STFI, the Solar Thermal Federation of India, at a mid-January consultation meeting of the Parliamentary Standing Committee on Commerce. The committee had invited several stakeholders to attend the meeting to discuss the Impact of cheap Chinese consumer goods on the Indian industry. Nowadays, three of every four solar water heaters are imported from China, resulting in a loss of local employment.
Photo: Jaideep N. Malaviya
Low-cost energy, cheaper raw materials and an exemption from the 17 % export duty have made Chinese solar vacuum collector less expensive than Made in India. It is a delicate issue, especially because there are no mandatory Indian regulations on vacuum tube collector systems. Only flat plate collectors must meet the requirements set by the Bureau of Indian Standards.
In the past 14 months, STFI has urged the Ministry of New and Renewable Energy, or MNRE for short, to implement binding rules on vacuum tube collector systems, as these rules could curb cheap imports and ensure a certain level of quality. One example of the latter is the thickness of stainless-steel sheets used for the inner storage tank wall. Chinese products are often at 0.35 to 0.4 millimetres, whereas the non-mandatory Indian standard specifies 0.5 millimetres. It is a crucial detail that cannot be ignored, as the hard water in most parts of India will cause thinner sheets to corrode faster, which will result in system failures.
On 17 January 2018, a representative from STFI held a speech in front of the Parliamentary Standing Committee on Commerce to explain the situation. The committee consists of 17 members of parliament representing various political parties and listened also to speakers from associations within the textile, food, plastics, LED, pharmaceutical and other industries. STFI has been pleased with the response by the parliamentarians. “They listened to us and they heard the message, which was also covered by several news articles,” the association said. It is hoping that the MNRE will take further action in the coming months.