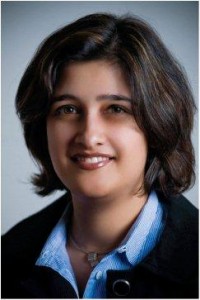 The US-India Business Council (USIBC) has convened a Solar Power Task Force to promote trade and investment between the two countries in the solar PV, as well as the solar thermal sector. Like the USIBC, the task force is mainly comprised of private companies. The objective is that US companies on the task force can share ideas with the Indian government about best practice policies etc to enable the development of commercially viable solar power projects around the country. The task force is thought to play a significant role in devising support policies to successfully implement the National Solar Mission and help sustain India’s double digit growth.

Establishing the task force has been an important milestone in US-Indian collaboration and came at a very opportune time, just prior to the November visit of US President Barack Obama to India. In November 2009, the U.S. and India signed a memorandum of understanding on energy security, energy efficiency, clean energy and climate change to intensify cooperation between the two countries.

The USIBC said it was optimistic about the possibilities for bilateral investments and technology transfer, but emphasized that India’s growing solar industry must be open to competition to become commercially viable.