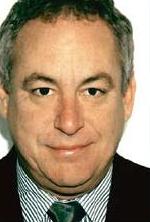 He has the US solar thermal industry behind him. Les Nelson was re-elected as Chair of the Solar Thermal Division at the Solar Energy Industries Association (SEIA) at the beginning of February. It is a position that the solar thermal expert has held since 1997. “He was re-elected with an overwhelming majority”, confirms Scott Hennessey, Manager for Climate and Energy Markets at SEIA. The vice chair position went to Mark Thormbloom, solar thermal manager at the US office of Viessmann, a German collector and system manufacturer. Both were re-elected for a term of three years.

The chairman is the spokesman for solar thermal energy on the board of directors. It also counts the chairs of two other SEIA divisions among its members: photovoltaics (PV) and concentrating solar power (CSP). The other 36 members of the board are representatives from the PV and CSP industry – who pay for their seats.

It was mentioned that the solar thermal division of SEIA should be strengthened. Therefore, solarthermalworld.org asked Les Nelson about which direction he thinks to take with his new mandate. He said the following:

“I have several major goals at this point – I’m sure they will change and be extended as time goes by: