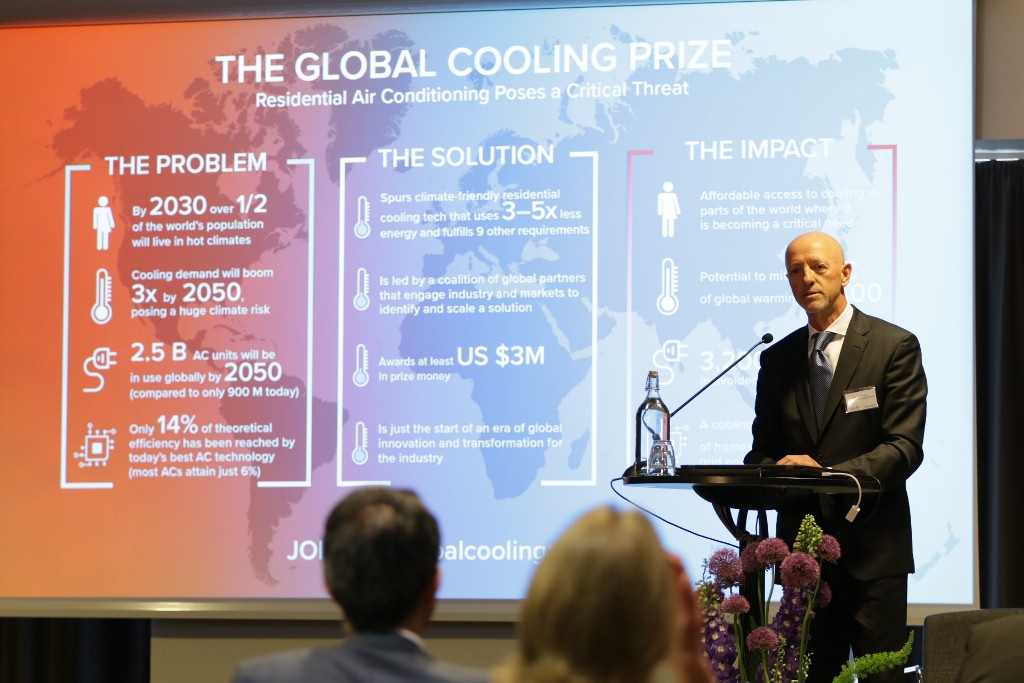 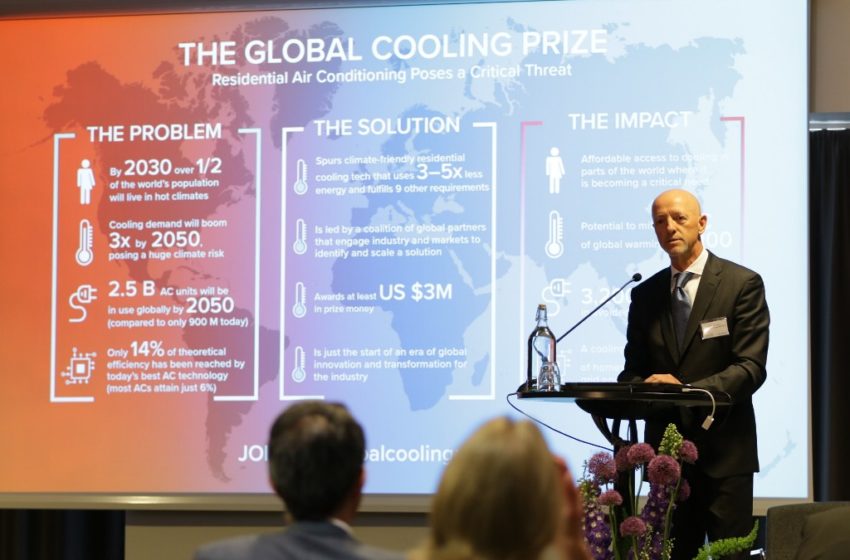 Transferring knowledge and solar cooling technology to sunbelt countries in Africa, on the Mediterranean coast and in Asia will be the main aim of a new research platform planned by the IEA Solar Heating and Cooling programme (IEA SHC). This topic also fits under the roof of the Innovation Challenge No. 7 (IC#7), Affordable heating and cooling of buildings, set up by the global Mission Innovation initiative. A concept paper on the topic has been well received by those spearheading the IC#7 effort, the United Arab Emirates, the United Kingdom and the European Commission. The first preparation meeting about the platform is set to take place in Santiago, Chile, on 7 November, following the SHC 2019 conference. The photo above was taken at the MI Solutions Summit, held during the initiative’s third ministerial meeting in May in Sweden.
Photo: Mission Innovation
Global energy consumption for cooling and air conditioning (AC) is increasing rapidly and, if the projections by the Green Cooling Initiative come true, the number of AC units installed around the world will have more than tripled by 2050. This expected jump from 918 million units to 3.5 billion stands in stark contrast to the 12,000 heat-driven sorption chillers sold annually in recent years, despite their huge potential for electricity savings. Today, a typical, commercially available sorption chiller uses only 0.1 kWh of electricity to produce 1 kWh of cooling power. In addition, it can be operated with a natural coolant, mostly water or ammonia, which have no global warming potential.
New heat rejection solutions for hot and humid climates
“OECD members such as Europe, the USA and Australia have been capitalising on solar thermal and PV cooling know-how, which is an achievement in itself. However, very little effort has been put into adapting and transferring the knowledge to sunbelt countries, which are dynamic emerging economies,” explained Dr Uli Jakob, General Manager of the European Green Chiller Association. Adaptation will be required especially for heat rejection systems used in hot and humid climates, the transition to eco-friendly refrigerants, such as R290 and R32, and the use of ice storage to even out fluctuations in power supply during the day.
Together with Daniel Mugnier, head of the R&D department at French-based Tecsol, Jakob was on a conference call with representatives for leading IC#7 countries in August. He is now expecting a letter of support from Mission Innovation IC#7 any time soon. “For example, the UAE, as one of the IC#7 co-leads, plans to increase its R&D activities and implement pilot projects to raise the efficiency of cooling systems in the region,” Jakob said. Organisations based in Saudi Arabia, Morocco, Algeria, Nigeria and South Africa have also signalled their interest in joining the platform, which is scheduled to start in July 2020 and will reportedly run for four years.
The platform’s first definition meeting is set to take place on 7 November in Santiago, Chile. Those interested in attending can contact Uli Jakob for more information: uli.jakob@drjakobenergyresearch.de
Mission Innovation was set up on November 30, 2015, during the Climate Summit in Paris by several governments, which want to double their investment in clean energy R&D within five years. The initiative holds annual meetings, which are attended by the energy and technology ministers of all MI member states.
Organisations mentioned in this article:
https://www.iea-shc.org/
http://www.greenchiller.de/indexeng.php
http://www.tecsol.fr
http://mission-innovation.net/
https://www.green-cooling-initiative.org/