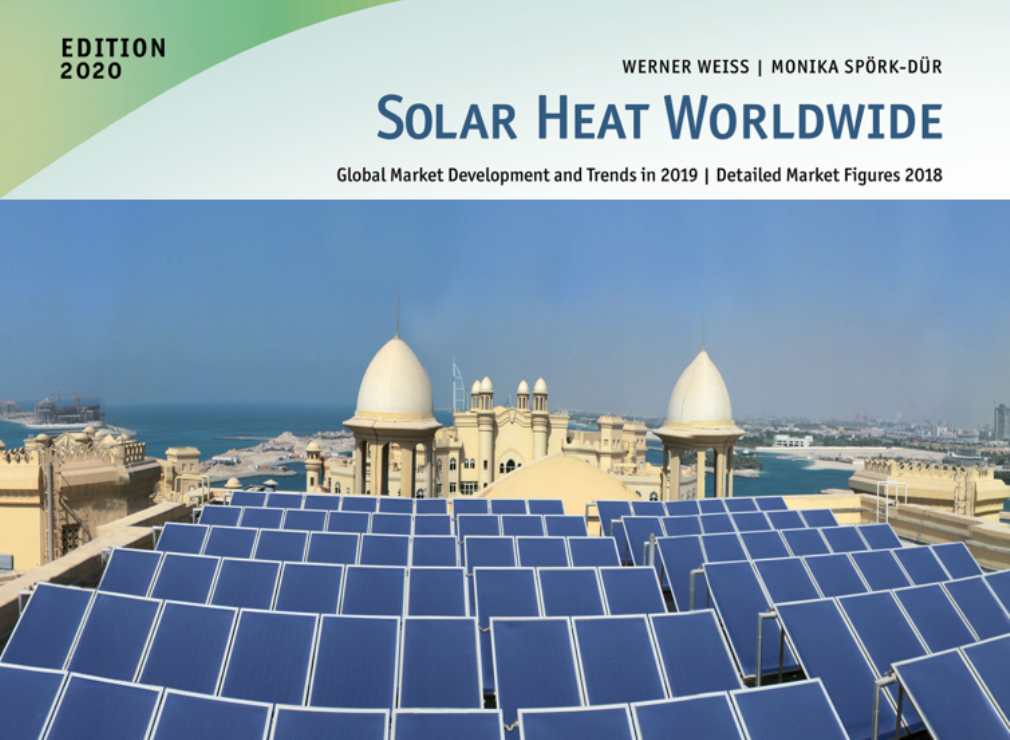 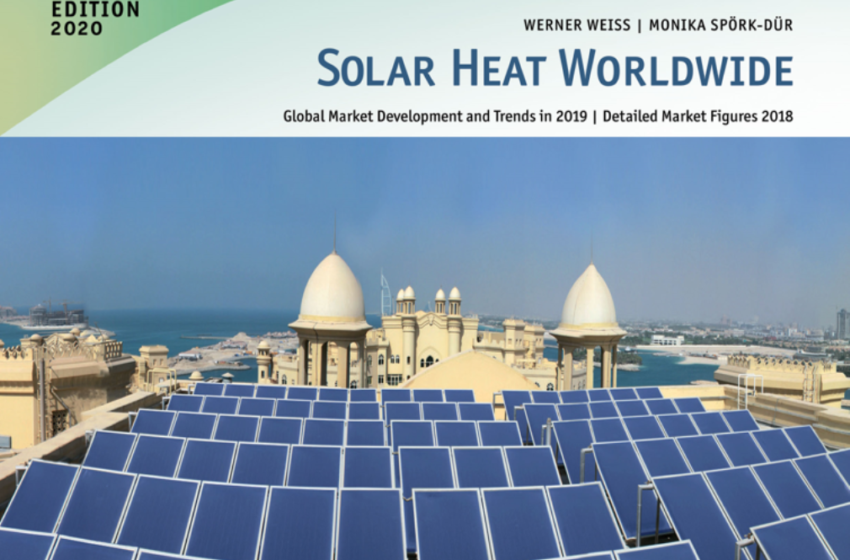 Solar thermal is increasingly used to provide district heat around the world. In 2019, the market grew by about 170 % in Denmark but also expanded in other countries, such as China and Germany, mainly because the technology became more cost-competitive. Another factor driving growth was rising demand from industry and agriculture. While competing technologies put residential solar water heaters in a tough spot in China and central Europe last year, sales in Cyprus (24 %), South Africa (20 %), Greece (10 %), Tunisia (7 %) and Brazil (6 %) increased significantly. These are some of the findings from the Solar Heat Worldwide 2020 report, recently published by the IEA Solar Heating and Cooling programme (see the attached document). You are invited to learn more about the highlights from this report in the next Solar Academy webinar, set to take place at 2 pm GMT (4 pm CEST) on 24 June (register online).
Solar Heat Worldwide is the world’s most comprehensive annual report on the SHC market, covering as many as 68 countries. Global organisations, including the International Renewable Energy Agency (IRENA) and REN21, see it as their trusted source for high-quality SHC data. For example, it served as the basis for most of the solar heating and cooling chapters in REN21’s Renewables 2020 Global Status Report, one of the world’s key renewable policy reports. This year’s edition is said to be published on 16 June.
A global perspective
“As the past few years have shown, the solar thermal market is experiencing challenging times,” the authors wrote in the summary. This was especially obvious in China and Europe, where mass-produced small SWH systems installed in single-family homes and blocks of flats came under pressure from heat pumps and photovoltaic systems. As collector additions dropped by about 8 % in China, the worldwide market declined by around 6 % in 2019 compared to 2018. You find additional key figures from Solar Heat Worldwide in the following table.

Besides providing figures from around the globe, Solar Heat Worldwide analysed trends in application, with the following results:

A prospering application area is solar-heated greenhouses, which were installed in 12 countries in the last seven years.
Source: Solar Heat Worldwide 2020
In addition, 2020 is the second year in which Solar Heat Worldwide includes the results of a market survey among PVT collector manufacturers. PVT is an especially attractive option if roof space is limited but climate-neutral energy production is a top priority.
In all, 58 % of global installations at the end of 2019 were located in Europe, France being the largest contributor to the total. The runner-up was Asia, excluding China, where 24 % of all installations were put up. China came in third, at 11 %. Total PVT capacity by the end of 2019 was 606 MWth and 208 MWp, a 9 % increase compared to the end of 2018.