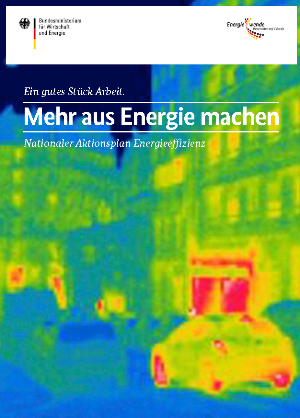 The third of December 2014 was a historically sunny day for the German solar thermal sector: On this date, the government approved the National Action Plan for Energy Efficiency, NAPE, which had been drafted by the German Ministry for Economic Affairs and Energy. The document lists a number of short-term measures to help reach the national target of 14 % of renewable heat by 2020 (see the attached document in German). The key measure is a tax rebate for the energy-efficient modernisation of buildings, worth EUR 1 billion annually. The German renewable associations welcomed the plan, but called on politicians to find a compromise with the state governments as soon as possible because their refusal blocked the implementation of a similar measure two years ago.
The new NAPE tax rebate scheme will allow owners of single-family or multi-family buildings to deduct a certain percentage between 10 and 25 % of the investment from their taxes over a period of 10 years. The tax rebate level is not tied to the applicant’s earnings, so that even low-income families can profit from the reimbursement. The tax rebate should already be in force by the end of February 2015 and run for a period of five years until 2019. The subsidy will be granted for the complete renovation of a building, as well as for individual measures, for example, when replacing the heating boiler.
Three million outdated boilers
Increasing the number of boiler replacements has become a matter of urgency in Germany, as 70 % of the country’s around 20 million central heating systems require modernisation. Three million of them were completely outdated, a press release by Germany’s solar industry association, BSW Solar, stated on 3 December 2014. “A replacement unit combined with renewable energy usage would save around 42 TWh of energy and 12.6 million tons of carbon dioxide,” the press release notes.
The NAPE also includes other measures, which could support solar thermal market development indirectly:
Swift agreement with state governments
It seems that the government has kept its word and reached an agreement with the state governments even before Christmas break. Already on 15 December, it published a press release confirming the deal with state governments. The German Renewable Energy Federation, BEE, welcomes the swift move, but says that the tax rebate scheme must be designed properly in order to be effective. The association gave its recommendations in a position paper from 8 December 2014 (see the attached document).

The key requirement would be that the tax rebate scheme does not become an economy recovery programme for fossil fuel boilers, but reaches the climate protection target for the German heating sector.