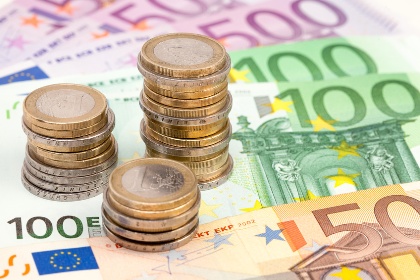 On 1 April 2015, the German Federal Ministry for Economic Affairs and Energy, BMWi, will increase the subsidies for renewable heating systems – solar thermal, biomass boilers and heat pumps – within the German Market Rebate Programme for Renewable Energies, MAP. The main reason for taking this step was that political targets have not been achieved: “The share of renewable energies in Germany’s final energy consumption for heating and cooling has only increased at a slow pace since 2012 and currently stands at 9.9 %. The MAP amendment is needed to achieve the ambitious 2020 target of 14 % set forth in the Renewable Energy Heat Act,” the BMWi stated in a press release on 11 March, in which the ministry also announced the new incentive regulations.
Photo: Fotolia
The MAP amendment for the solar heating and cooling sector has been a measure long overdue because
MAP statistics provided by the programme’s administrator, the Federal Office for Economic Affairs and Export Control, BAFA
The BMWi presented the new subsidy regulations during a press conference at the international heating fair ISH 2015 in Frankfurt on 11 March 2015. The following list shows the adjustments which were made to the basic subsidy scheme and are relevant to existing buildings. All subsidies will be paid based on gross collector area.
The most important changes were implemented for subsidising innovative designs. So far, this kind of subsidy was restricted to solar thermal installations with a collector area of between 20 and 40 m², whereas it will now cover systems from 20 to 100 m². There will also be new building types eligible for the innovative design subsidy: Besides the already approved multi-family houses with three flats or more and the non-residential buildings with a minimum floor space of 500 m², the subsidy for innovative designs has been extended to include single- and two-family homes as well, as long as their share in solar heat is above 50 %. This will provide a great impetus to solar homes promoted by the Sonnenhaus-Institut (Solar House Institute). The three new building types will profit from the following subsidy levels:
BMWi introduced a performance-based incentive for solar heat
In addition to the existing grants subsidising innovative designs per square metre, the BMWi introduced a performance-based incentive to follow up on a request important to the solar thermal industry. Owners of installations of between 20 and 100 m² which meet the criteria of innovative design can apply for a subsidy of 45 Ct/kWh per year, based on the additional table of the Solar Keymark certificates, which includes the annual collector unit output for different solar radiation sites in Europe. The BMWi chose Würzburg in Germany and a collector temperature of 50 °C to calculate performance levels.
There is one limitation to this rather pragmatic approach, which does not require monitoring the system: Only the current Solar Keymark collector certificates include the above-mentioned additional table, because the methodology was first introduced in 2012. All collector certificates which were issued beforehand did not include such a table, which means that the manufacturers of these collectors must request an additional table from one of the test institutes and must pay fees for it.
The amendment of the national subsidy scheme has been welcomed by all renewable associations in Germany, as biomass boilers and heat pump will also receive higher grants. Still, there was one crucial question nobody seemed keen to ask: What will happen when the extended subsidy levels lead to such high demand that the budget is exhausted before the end of the year? The ministry’s previous rejection of applications from one day to the next when funds were exhausted is still a vivid memory for many in the industry. According the national 2015 budget, the total funds available for the MAP, including the clearing house for the feed-in tariff, add up to EUR 254 million, which is double as much as was spent last year.
More information (in German):
http://www.bafa.de/bafa/de/energie/erneuerbare_energien/index.html
Database of incentive programmes
https://solarthermalworld.org/wp-content/uploads/2015/03/map_regulation_april_2014_in_german.pdf