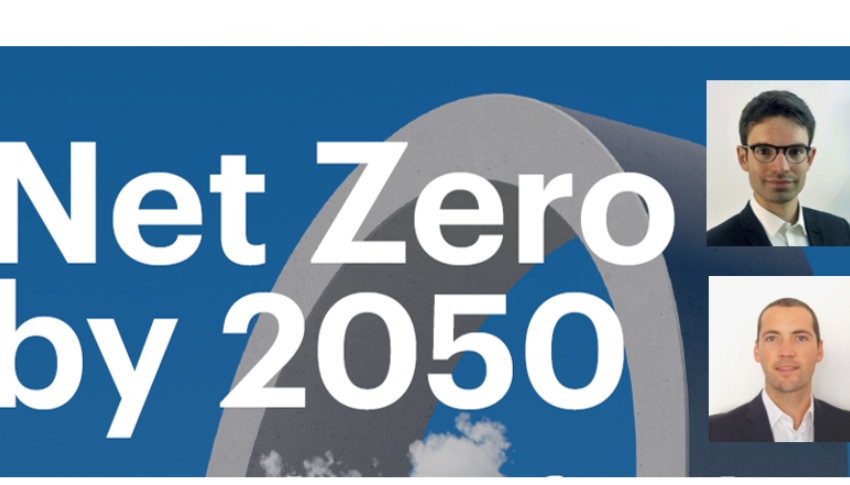 In May the International Energy Agency challenged policy makers with a 224-page report titled Net Zero by 2050: a Roadmap for the Global Energy Sector including 400 milestones that governments have to realise to achieve the 1.5 °C target. Whereas for solar heat in buildings fairly progressive targets are set in the Net Zero by 2050 scenario, solar district heating and solar industrial heat are not really mentioned among the milestones. We have sent our observations to the roadmap author team and have received a clearer picture about the future role of solar thermal technology in the Net Zero by 2050 scenario. We publish here the answers from Thibaut Abergel (Energy Analyst) and Timothy Goodson (Energy Modeller and Analyst), both responsible for the building sector within the IEA author team.
Responses from Thibaut Abergel and Timothy Goodson:
Your questions regarding the role of solar thermal in the Net Zero by 2050 pathway and the report are very valid since, despite the report being explicit about the technology pathways for a number of subsectors or end-uses, we could not present an exhaustive picture of all the contributions of all technologies modelled. The below elements aim to help clarify the role of solar thermal technologies in the IEA’s Net Zero by 2050 Scenario:
In buildings, solar thermal plays a predominant role as a decentralised energy resource for water heating. In the NZE, it meets 35 % of demand by 2050, up from under 10 % in 2020.

Global building heating equipment stock by type in the Net Zero by 2050 Scenario. By 2050, over 85 % of buildings are zero-carbon-ready, with heat pumps meeting over half of heating needs. The installed stock of heating equipment increases +45 % over the next 30 years primarily due to the combined effect of population growth and increased living standards, which tends to reduce average household occupancy.
Source: IEA (2021): Net Zero by 2050: a Roadmap for the Global Energy Sector. All rights reserved.
We see a more rapid growth for solar thermal applications where heating needs are low. About 70 % of the global population in 2050 will have cooling needs with no or limited space heating needs. For such regions, coupling solar thermal water heating with affordable cooling-only, refrigerant-free solutions (e.g. evaporative cooling with a membrane for humidity control) can be cost-optimal. Further, many such regions have ideal conditions for high solar thermal performance, notably the Middle East and North Africa, parts of China and India, or Australia, just to name a few regions. Technology choices in the Net Zero by 2050 Scenario also account for the ability of equipment to shift electricity demand away from peak times. Solar thermal technologies are a beneficial solution in this respect as they avoid electricity demand, maximise the use of solar irradiation during the middle of the day, and store hot water for later use. In the Net Zero by 2050 Scenario all buildings with available roof space and sufficient solar insolation are equipped with solar thermal water heaters by 2050 (some of which may be PV-thermal).
Selected key milestones in transforming the global buildings sector
Source: IEA (2021): Net Zero by 2050: a Roadmap for the Global Energy Sector. All rights reserved.
Solar district energy systems do play a role in the Net Zero by 2050 Scenario, but their use is tailored to where such technologies are most suitable. Existing district energy systems today are generally located in areas with high heating densities – typically in very cold or very densely-populated cities – while the installation of solar collectors is often limited by land availability constraints. While power-to-heat, waste heat recovery and bioenergy remain the backbone of district heat decarbonisation in many areas, solar thermal plays an increasing role in new district energy network expansions, typically in medium-size cities where climate and land space conditions are favourable.
In industry, solar thermal heat sees rapid growth until 2030 in the Net Zero by 2050 Scenario as a key available mature technology that can be rapidly deployed for medium and low-temperature heat provision. Despite competition with heat pumps or electric boilers (for low and medium temperature), solar thermal continues to grow to 2050 to cover 11 % of industrial heat demand below 200 °C in 2050, up from 3 % in 2030. Applications are mostly restricted to non‐energy‐intensive industries and ancillary or downstream processes in heavy industries. The share of heat provided by solar thermal technologies is lower for high-temperature heat applications, where emerging electrolytic hydrogen technologies and natural gas with CCUS (carbon capture, utilisation and storage) play a stronger role.
For power generation, concentrating solar power (CSP) plays an important role in decarbonising electricity while maintaining electricity security in the Net Zero by 2050 Scenario. For example, global CSP capacity increases 12-fold by 2030 in the Net Zero pathway, as shown in Annex A. CSP is also noted in the report as providing system benefits, especially when coupled with thermal storage. Together with demand-side response, energy storage and electricity network robustness, it contributes to maintaining electricity security.
Download the report Net Zero by 2050: A Roadmap for the Global Energy Sector:
https://www.iea.org/reports/net-zero-by-2050