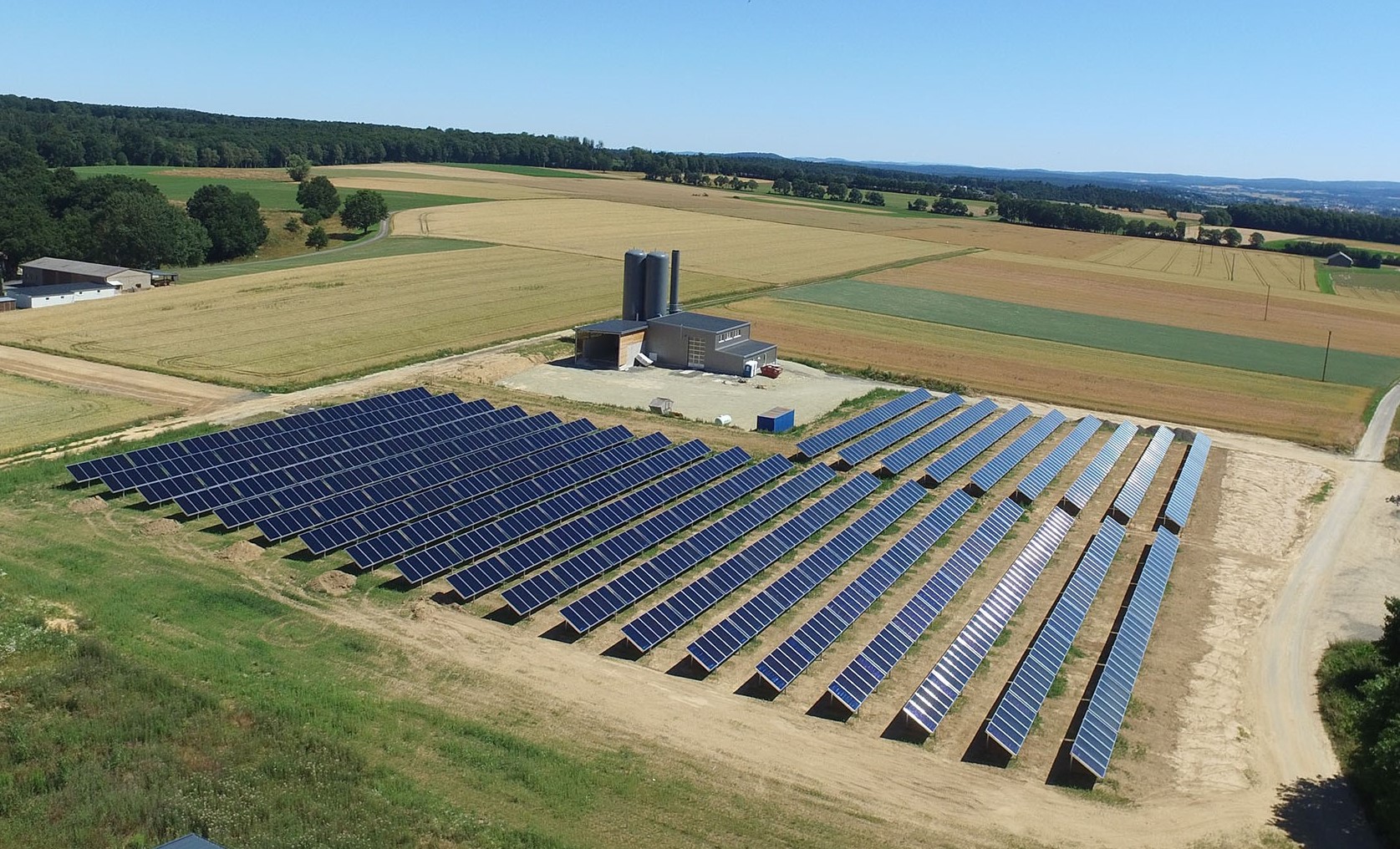 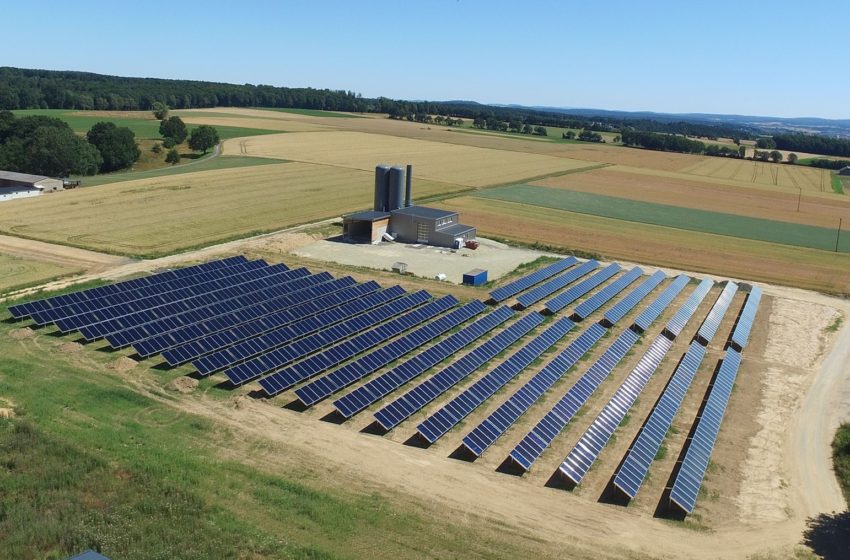 Five German bioenergy villages added solar fields to their district heating systems in 2018. It was a significant increase over 2017 and 2016, when only one larger field was commissioned once a year. Each village benefits from 100 % solar energy in summer, which leaves time to overhaul their plants fired by biomass. The field shown in the photo consists of 3,000 m2 of flat plate collectors and was installed by boiler manufacturer Viessmann in Mengsberg in middle Germany.
Photo: Mengsberg
The solar district heating system in Mengsberg is the largest of the five new installations and supplies heat to 150 households. It was a complex and long planning phase which started in November 2012 when Viessmann staff paid a visit to the village, which is part of Neustadt in the state of Hesse. Almost exactly two years later, the next milestone was reached with the founding of the Bioenergiegenossenschaft Mengsberg (BEGM) association, now the operator of the renewable heating installation. In all, Viessmann spent 18 months on constructing a 3,000 m2 solar field, a 1.1 MW wood-chip boiler and a 9-kilometre-long district heating system, including a heat interface unit for each of the 150 buildings. Solar energy is expected to provide 17 % of the heat in all homes.
Solar field supplies water at 95 °C to clean bottles
German vacuum tube collector manufacturer Ritter XL successfully tendered for another three larger solar fields in bioenergy villages last year (see the following table). The largest, with 2,400 m2 of collector area, was constructed in Randegg, which is part of the town of Gottmadingen in southern Germany. To clean bottles, local drink producer Ottilien-Quelle requires relatively large amounts of grid heat. The heat is supplied by Ritter-made Aqua Plasma vacuum tube collectors (link to https://www.solarthermalworld.org/content/germany-ritter-groups-eco-consequent-product-development) at 95 °C. These collectors possess two features that improve their efficiency. One is a silicon-oxide coating, applied to the glass tubes via a dry plasma process to raise the transmission rate from 91 % to 94 %. The other is a coating that covers the Compound Parabolic Concentrators (CPCs) to increase hemispherical reflectance (AM 1.5) from 84 % to 90 %. The woodchip boiler does not run in summer.

List of the five new solar fields installed in bioenergy villages in Germany. The annual yield is maybe calculated with different tools in the five projects.

Source: press release of solites October 2018 / presentation: solrico
A growing number of German villages were using sunlight to produce heat, research institute Solites wrote in a press release last October. It also quoted Executive Board Member Thomas Pauschinger as saying that solar thermal installations were “being implemented in more and more energy villages as a reliable and economical heat source because such plants are a future-proof investment,” and were widely accepted by the local population. Today, villages could use solar energy to meet round about 20 % of their energy needs. Pauschinger added: “We expect solar thermal energy not only to meet summer demand, but to achieve higher solar shares via greater storage capacity in the future.”
Organisations mentioned in this article:
Solites: https://www.solar-district-heating.eu/de/startseite/
http://www.ritter-xl-solar.de
https://www.solid.at/en/