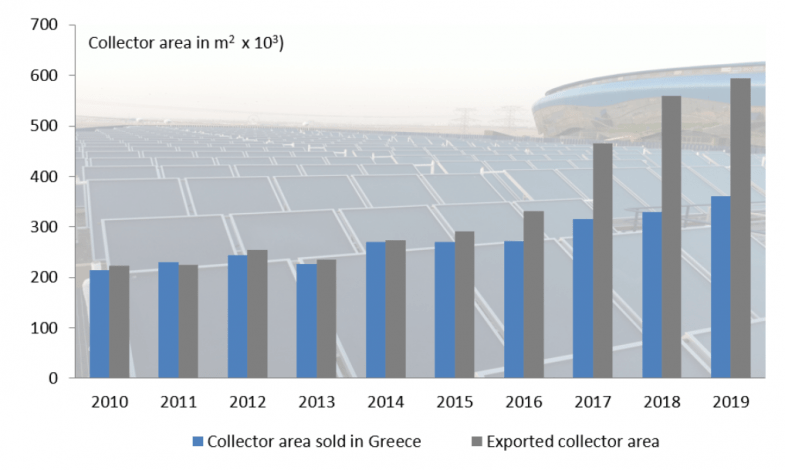 The Greek solar thermal industry is an export champion: The total collector area sold to customers abroad tripled from 200,000 m2 to 600,000 m2 in only 10 years (see chart). Greek manufacturers took advantage of opportunities around the world while demand for their cost-competitive and reliable products also grew at home. During the latest IEA SHC Solar Academy Webinar, held on 24 June, Dr Vassiliki Drosou, Solar Thermal Department Head at the Greek Centre for Renewable Energy Sources (CRES) and Solar Keymark Network Manager, explained to attendees which key factors contributed to this success story. A recording of the event and the presentations given at the webinar are available online.
Chart: EBHE
In Greece, thermosiphon systems dominate solar thermal sales, providing 80 % to 90 % of the hot water demand of a family annually, because the southeast European country is blessed with sunshine all year round, even in the cold season. “Each one of our clients knows they have a well-performing system because they turn on the electric heater very few times a year,” Drosou said during per presentation.
Usually, these thermosiphon systems have 2 m2 to 4 m2 of collector area and a storage tank that can hold 150 to 300 litres. Most of them also use antifreeze liquids. They cost only one month’ worth of income, which makes them an easily affordable residential hot water system, and can be installed in under a day.
Greek flat plate collector manufacturers supply over 95 % of the national market. Strong branding means importers have little chance of getting their products to consumers. 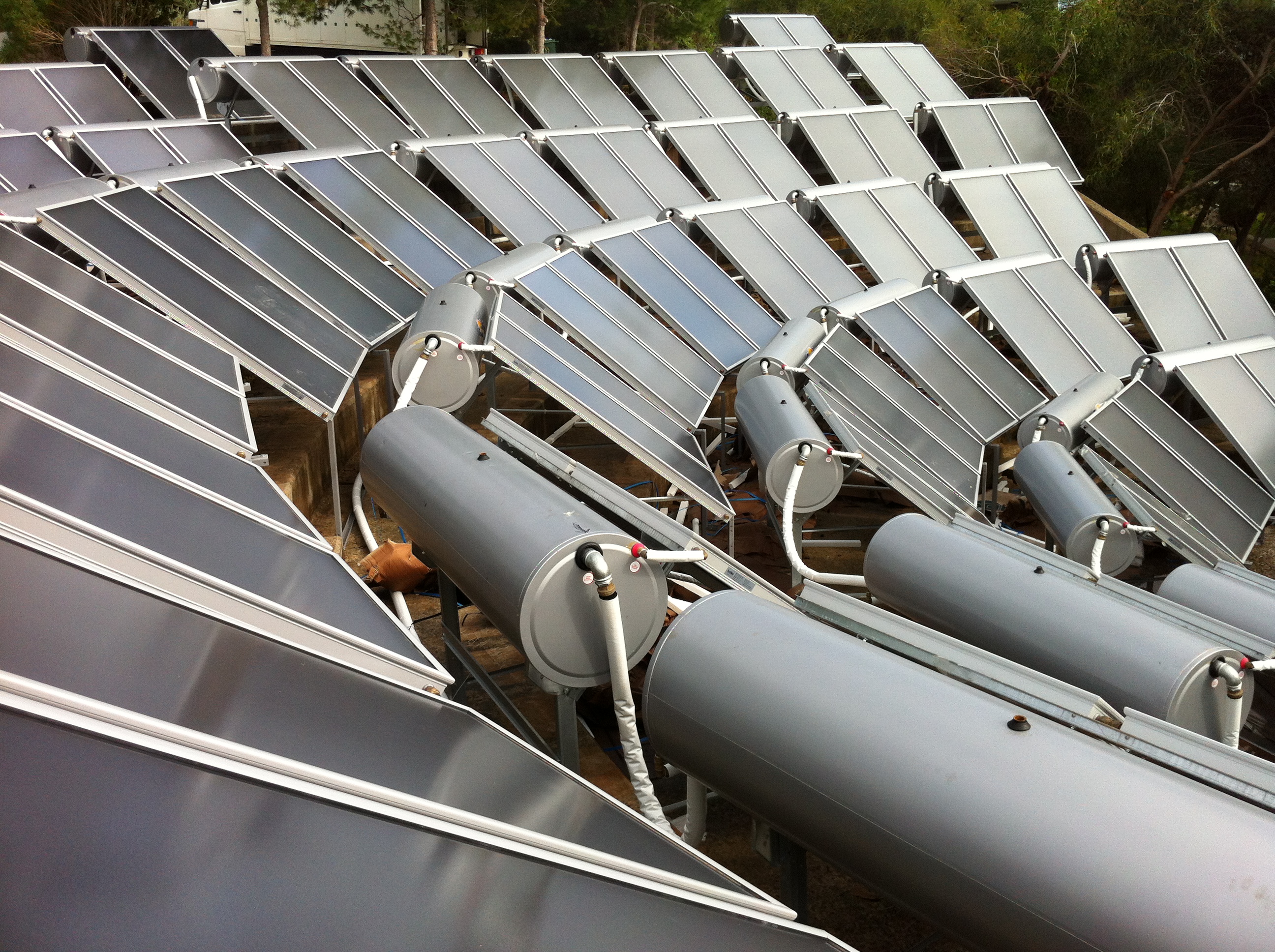 Thermosiphon systems at the Bay hotel and resort in Zakynthos Island
Photo: Sole
Drosou listed some factors that helped the Greek solar thermal industry to succeed over the years:
Major export markets on all continents
International Trade Centre data recorded under HS code 841919 indicates that Greek manufacturers have a wide distribution network across the world (see the map below). The HS code is used for non-electric instantaneous water heaters and storage water heaters, excluding instantaneous gas water heaters and central heating boilers. Hence, most Greek solar thermal products were exported under this code. The map identifies Italy (21 %) as 2019’s key export market, followed by France, the United Arab Emirates and French Guyana (14 % each). The third category of countries consists of Morocco (7 %) and Albania (6 %), Portugal (5 %), Chile and Egypt (3 %) as well as Saudi Arabia, Kenya and Spain (2 %). Only 1 % each went to Tunisia and the United States. 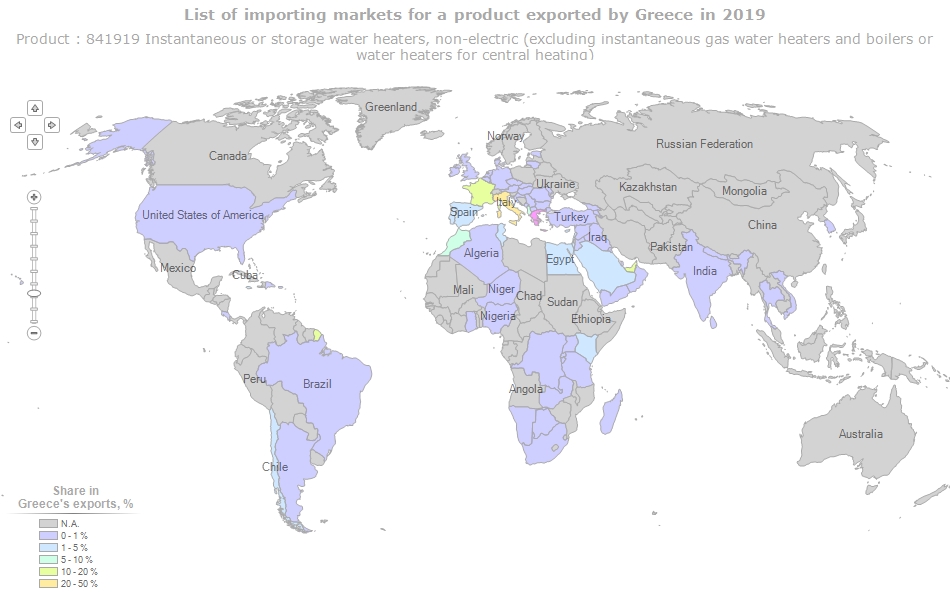