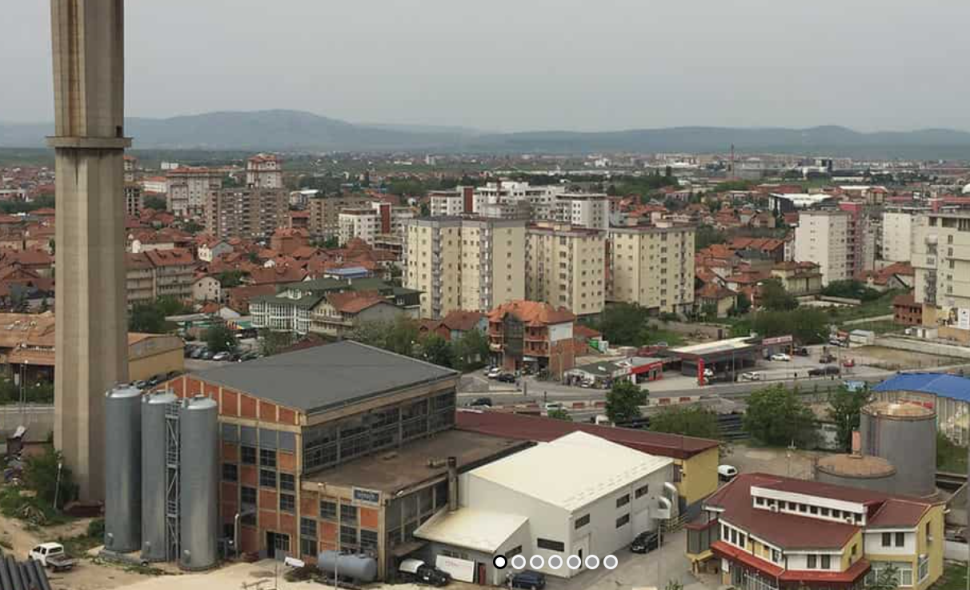 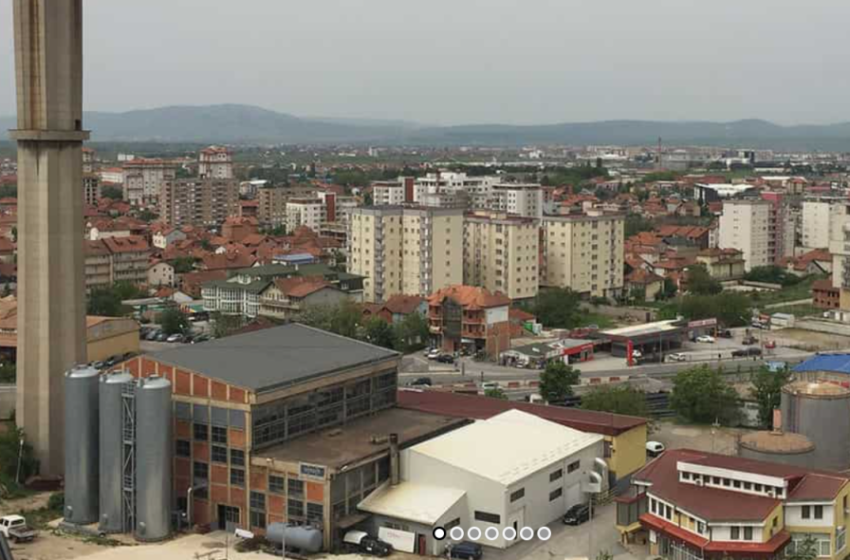 Air quality problems and energy security issues in a lot of Western Balkan regions have raised interest in solar district heating. The European Bank for Reconstruction and Development (EBRD) has therefore extended its solar district heating activities within the ReDEWeB project to even more cities in Serbia, Kosovo, Bosnia and Herzegovina (B&H) and Albania. The three most advanced sites are Pristina in Kosovo as well as Pancevo and Nis in Serbia. An area surrounded by railroad tracks from all sides has been identified as suitable for a 24.5 MW solar field connected to the Pancevo district heating system. Financing for an even larger solar district heating plant in Kosovo’s capital Pristina with 69,000 m2 of collector field is planned to be provided jointly by the German Government, the German KfW bank and the EBRD.
Photo taken from https://termokos.org/

March 2022 was a decision-making month for the SDH plant in Pristina. On 24 March the German Ambassador to Kosovo, Jörn Rohde, announced that Germany, in cooperation with the KfW bank will support the EUR 65 million investment project. This includes 69,000 m2 of collector field (48.3 MW) together with a 410,000 m3 seasonal storage. This system should provide 40 GWh for the district heating grid in Kosovo’s capital Pristina, which corresponds to 580 kWh/m2. The beneficiary will be the municipality-owned district heating company Termokos, which provides heating to around 12,500 customers in the city.

The EUR 65 million is planned be co-financed by three partners. The KfW bank will provide a EUR 17.5 million loan. The German government has granted an investment of EUR 25 million. Additionally, the EBRD will provide a EUR 22.5 million loan to the Kosovo government. This second loan is part of the EBRD Green Cities Framework 2, a strategic approach targeting environmental issues in selected large cities in EBRD’s countries of operation.

“We have already worked jointly with the KfW to develop this huge solar district heating project in Priština,” confirms Bojan Bogdanovic, head of the ReDEWeB Programme, which stands for Renewable District Energy in the Western Balkans. The feasibility study is currently being carried out by the Austrian company Clean Energy Solutions. The available area for the collector field and the underground pit storage are still under discussion. The government has studied locations in the municipality of Obiliq, south-east of Pristina where a coal power plant provides heat for the district heating network. Kosovo has 1.87 million inhabitants and four district heating (DH) networks. The DH system in Gjakova is based on heat supply from biomass CHP, the one in Mitrovica uses fuel oil in the boilers and the one in Zvecan is based on light oil.

“In the first three years of the ReDEWeB project, a decrease in CO2 emissions and increasing air quality was the main motivation for introducing solar into district heating in the Western Balkan countries. This has rapidly changed since the war started in the Ukraine and energy security and independence from imported fossil fuels became crucial”, explained Bogdanovic. The ReDEWeB project provided funding for (pre)-feasibility studies in eight cities, of which six sites are still in the advanced planning stage (see following table). The pre-feasibility study in the Serbian town Bor failed due to a lack of available ground and for Zrenjanin – also Serbia – ground availability exploration phase is still ongoing (check also this news from April 2021). 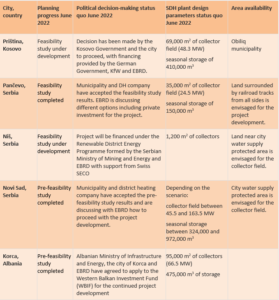