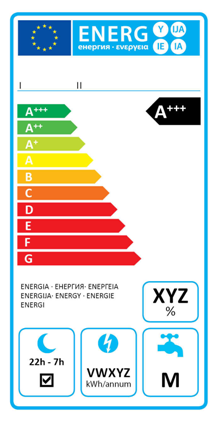 The European Solar Thermal Industry Federation is optimistic that the regulations for the energy labelling of dedicated water heaters in the framework of the Ecodesign Directive (2005/32/EC) are going to be adopted in good consensus in mid-2011. During the last few months, ESTIF’s ecodesign and labelling task force, “has changed the content of the energy labelling and come up with a solution that broadens its scope and opens interesting perspectives for our industry,” Xavier Noyon states in an interview with the magazine Sun & Wind Energy.

First: There are now two label alternatives foreseen in the text. The energy label which is issued by the system supplier that delivers the product under its own brand name – similar to the energy labelling of refrigerators or washing machines. Alternatively, the installer can issue a label for a system that consists of a solar system with any type of back-up boiler. What the installer label requires is the exchange of information between the different component suppliers. “We have to provide a software tool which includes the information of our products, as well as product information from the boiler supplier,” Gerard van Amerongen from vAConsult, Netherlands, states. On behalf of ESTIF, vAConsult accompanied the discussions with the European Commission and the other associations as a technical consultancy.

The big threat in the first draft of the energy labelling was that products, such as a solar thermal system with a backup heater which wanted to be labelled had to be supplied by one company only. This would have excluded the products of pure solar thermal system suppliers from acquiring a label.

In the former draft of the energy-labelling, comprehensive testing of all solar systems with different boiler types had been a must and unsettled small and medium collector manufacturers because of the high costs of testing.

The review within the European Commission is still underway and there is another crucial point that ESTIF´s task force wants to change as well. The current proposal by the EU allows for the best fossil fuel condensing boilers to reach A or A+. ESTIF´s position on this: above “A” only with renewable. “We have proposed a rating which would make A+ impossible to reach for systems with only fossil fuels and which would reserve A+++ for very high performance collectors,” explains Noyon.

If everything goes according to the plan, the labelling for dedicated water heaters will be adopted in mid-2011 and come into force by mid-2012. Given the current state of affairs, the energy labelling for combi systems (hot water and space heating) is going to be postponed and its time schedule has not been clear yet.