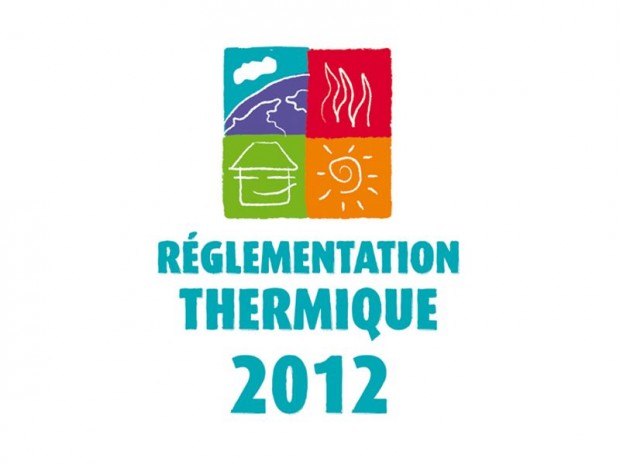 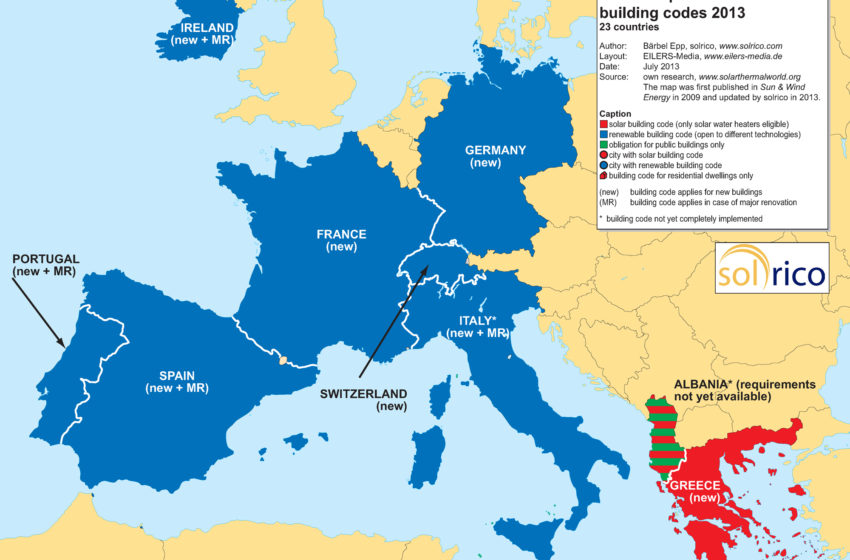 Sometimes, it takes a while until good ideas are copied. This has been the case with solar/renewable building codes, which were invented in Israel more than 30 years ago. It has just been over the last ten years, however, that this political instrument reached all five continents. Frontrunner in Europe was Spain, which approved the Technical Building Code, CTE, in March 2006. It stipulates that new residential buildings and those undergoing major renovation must cover 30 to 70 % of their hot water demand by renewable energies. Outside Europe, it was the Australian state of Victoria which, in 2005, implemented the first building standard after Israel had done so two decades earlier. Israel’s building code lets private homeowners choose between two options – a solar water heater or a rainwater tank – in case of newly built houses and major renovations. In the meantime, the database of solar obligations on solarthermalworld.org has grown further and now includes 24 countries which use one of the various types of solar or renewable building codes. You will find the database by filtering on –> policy –> obligation.

A currently updated world map also shows how the different models have spread all around the world (see the attached map of Europe and the world map in two separate files). The different types of obligations are classified through colours and symbols. The map differs between obligations

The map of Europe shows the dominance of technology-neutral building codes which can be fulfilled through several renewable technologies or energy efficiency measures (blue). In the rest of the world, building regulations are focused on solar thermal technology only (red), for the simple reason that solar water heaters are a cheap measure to save electricity, which is used to heat domestic hot water in many sun-rich countries. Most countries have a national building policy, which means that amendments of building codes are binding for all of its municipalities, provinces and states. An exception is Brazil, across which the 5,564 municipalities need to be convinced to adopt solar building codes. In the case of China, India, Italy or Switzerland, it is the administration of the province, the state or the canton which designs and implements obligations for solar or renewables. The majority of the building regulations worldwide apply to both residential and non-residential buildings – only the two Australian states of Victoria and Western Australia and the state of Hawaii in the USA have special regulations when it comes to the residential sector (marked with a building on the map).

You will find several reports on solarthermalworld.org about recently implemented solar or renewable building codes:

Albania: The new law on Renewable Energy Sources No. 138/2013 from 2 May 2013 requires builders to adhere to a minimum share of solar thermal heat for public, residential and commercial building types. It is now up to the Council of Ministers to decide to which building categories the solar obligation should apply to.

Egypt: On 2 June 2013, the Solar Energy Development Association (SEDA), the National Bank of Egypt, Egypt’s Minister of Tourism and the Egyptian Hotel Association (EHA) signed a Memorandum of Understanding, which is thought to equip 100,000 hotel rooms with clean energy technologies during the next five years – including solar thermal, photovoltaics and smart lighting systems.

South Korea: The latest requirements of the renewable obligation came into effect in April 2012, stipulating that all governmental buildings with a floor space of more than 1,000 m² have to cover 10 % of their heating and electricity demand by renewable energies.

Greece: As of January 2011, all new buildings in Greece have to cover at least 60 % of their domestic hot water demand by solar technology.

France: Since October 2011, the Réglementation Thermique 2012 (RT 2012) has made it a requirement for all new non-residential buildings to adhere to a minimum energy consumption level of between 40 and 65 kWh/m2 per year (primary energy) depending on the location, including demand from space heating and cooling, ventilation, hot water and lighting. From January 2013 on, the RT2012 will also cover all buildings (particularly single- and multi-family houses) everywhere in France except for its territories overseas.

Argentina: In July of 2011, the city council of Rosario – a city located between Buenos Aires and Santa Fé – agreed to establish a solar ordinance, which was officially approved in September 2012. It requires all public buildings (new and to-be-renovated) to cover at least 50 % of their hot water consumption by solar energy.

Uruguay: The new Decreto No. 451/011, which was implemented on 19 December 2011, mandates a 50 % solar share for hot water generation in hospitals, hotels and sports clubs – for both newly built and soon-to-be-renovated houses.