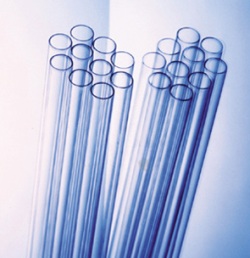 The Chinese Linuo Solar Energy Group is the biggest solar tubing glass manufacturer worldwide – and is still growing at a fast rate: The group raised their production output by 70 % in 2008, produced 220,000 tons of borosilicate glass nationwide and sold the largest portion of it to the solar thermal industry. Photo: Linuo Solar

There is no additional capacity planned for this year, however. The Linuo Solar Energy Group is going to concentrate its efforts on quality improvements of product dimensions. “We changed some equipment to reduce tolerance values of product properties,” explains Shao-Chun Chen, export manager at the Linuo Solar Energy Group. The manufacturer offers tubing glass that is between 1 and 9 mm thick, up to 2,000 mm long and can possess a diameter of up to 330 mm.