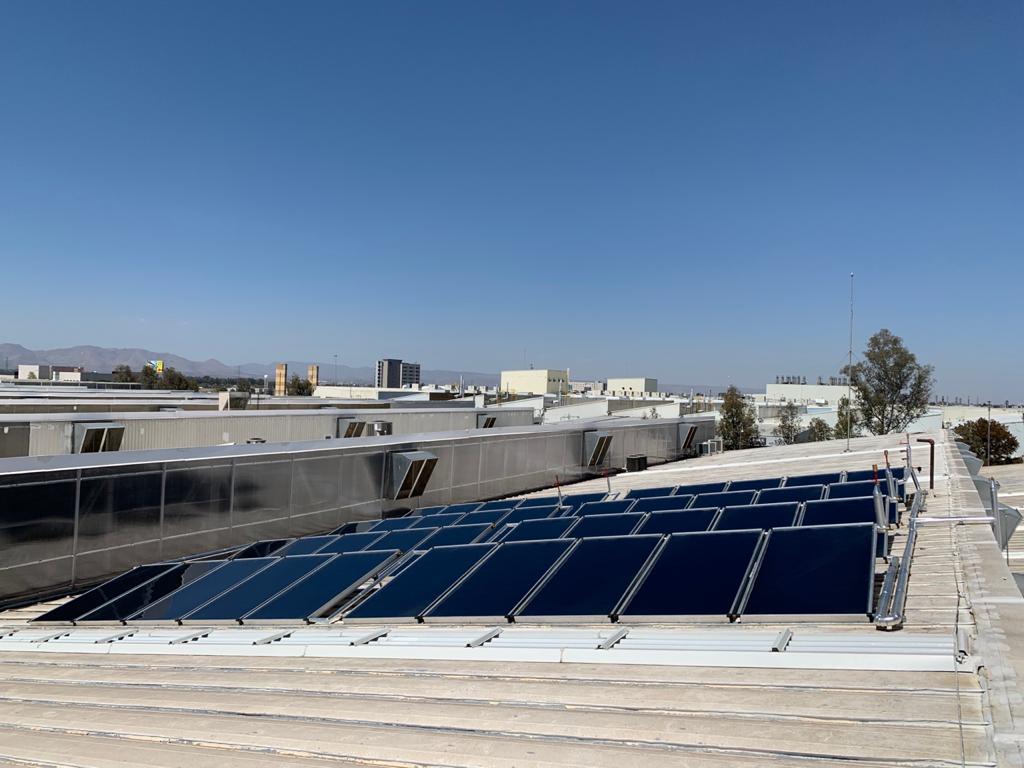 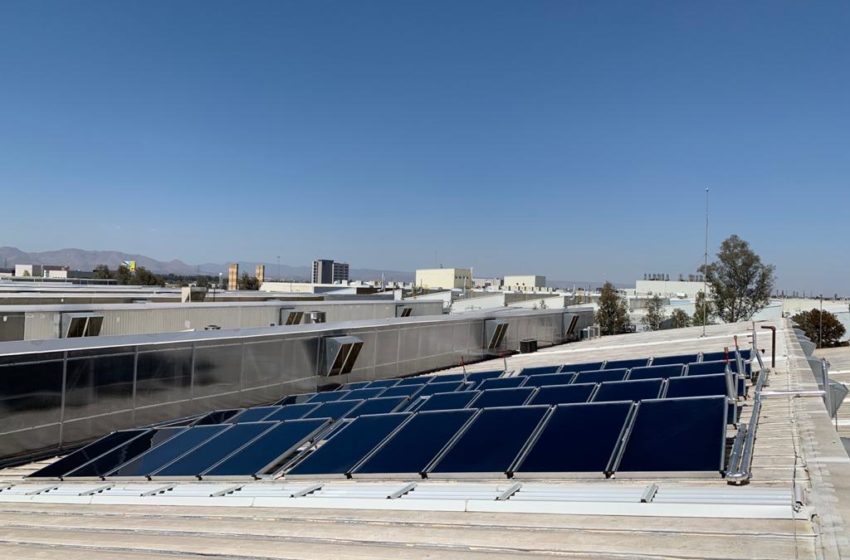 Most suppliers of industrial solar heat systems had to delay the closing of contracts and the installation of projects in 2020 because of the global outbreak of Covid-19. The pandemic became one of the main reasons for the sharp drop in the number of new solar process heat (SHIP) systems, which fell to their lowest in three years. Only 74 SHIP plants with a combined capacity of 91 MWth (130,745 m2) were commissioned around the world in 2020 – compared to 86 and 99 systems in 2019 and 2018, respectively. These are the results of yearly surveys of about 80 technology suppliers listed on the SHIP Supplier World Map, created by the international Solar Payback project. The photo shows a collector field for the automotive company Nissan in Mexico commissioned in 2020.
Photo: Casolar
Table 1: Global SHIP deployment from 2017 to 2020. The totals include all SHIP systems irrespective of the type of collector (e.g., flat plate, vacuum tube, air or concentrating) used for a given project. However, to be included in the count, plants had to have a collector area of at least 50 m2. Capacity was calculated using the factor 0.7 kW/m2 for all collector types.
Source: Yearly Solar Payback SHIP supplier surveys 2018 to 2021
At least 891 ship systems were in operation around the globe at the end of 2020. The top markets in 2020 were again China (30 projects), Mexico (16) and Germany (10). Trailing far behind those market leaders were the next two on the list, India and Spain, both of which saw only three new projects put into operation. In China, Linuo Paradigma took the lion’s share of the market, reporting the completion of 22 SHIP projects totalling 83,455 m2. Mark Yan, who works in Linuo Paradigma’s sales department, stated that after lifting the lockdown, the Chinese government set up support programmes in order to stimulate the economy, which helped industrial companies to install more SHIP projects.
By contrast, the SHIP market in Mexico did not end the year on a high note, considering only 16 new projects saw the light of day in 2020, which meant another drop from the 26 and 51 projects installed in 2019 and 2018, respectively. One reason for the decline was the economic and political upheaval the pandemic caused last year, preventing the start-up of multiple projects. The other reason was the new sales strategy by one of Mexico’s foremost SHIP system suppliers, Inventive Power, to appeal to fewer but larger and globally operating companies: “We are satisfied with business development in 2020. We installed large projects, which bring some challenges but also higher revenues,” Managing Director Angel Mejía Santiago wrote in his company’s survey response. Inventive reported that in 2020, it commissioned a 740 m2 parabolic trough plant for textile company Carolina Performance Fabrics and a 180 m2 plant for lubricant and grease producer Schutz.
Meanwhile, the German national support scheme for SHIP plants listed 10 new installations last year, which is in the range of previous years (11 projects in 2019 and 9 in 2018). Nevertheless, it is a figure at the low end of expectations, considering the government began offering investment grants of up to 55 % in 2012. Market observers have said that the small number of applications submitted each year indicates a lack of commitment on the part of the SHIP supply chain in Germany. And because fossil fuel were cheap, manufacturers had no special reason for advancing renewable heat solutions. That could now change following the introduction of a national carbon price for heat consumers at the beginning of this year.

Most technology suppliers across the world agreed that the pandemic had a negative impact on the SHIP market.
Source: Solar Payback SHIP Supplier Survey 2021
In India, technology suppliers lost interest in SHIP after the end of the country’s support scheme last March. Since then, some of them have completely revamped their product range and are now offering heat pump solutions to industrial customers. According to the suppliers shown on the world map. only three projects met the requirements of the SHIP survey with respect to size and application. Srinivasan Sampath, Managing Director of Indian project developer VSM Solar, wrote that because of pandemic-related restrictions, his company was not able to move ahead with confirmed orders.
Table 2: Countries ranked by the number of SHIP installations completed in 2020. The average size of these systems varies significantly from country to countries. Another one or two industrial solar heat systems each were put up in Austria, Belgium, Cyprus, Italy, Malaysia, Morocco, the Netherlands, Niger and Turkey.
Source: SHIP supplier surveys 2020 and 2021
Although many solar technology suppliers reported delays in plant construction and commissioning, 2020 saw several multi-megawatt plants come into operation. The five largest plants are shown in the table below. Three of them are used in agriculture – more specifically, in the countryside, where space is usually not an issue. In addition, each plant was installed by another technology supplier, all of which chose the collector technology most suited to their product portfolio.
Largest SHIP plants commissioned in 2020
Source: Solar Payback SHIP Supplier Survey 2021
Organisations mentioned in this article:
http://www.solar-payback.com
https://www.g2energy.nl/
http://www.vsmsolar.com/
http://www.linuo-paradigma.com (CN)
http://www.vicot.com.cn/
https://en.sunrain.com/
https://inventivepower.com.mx/solucion-en-energia-solar/