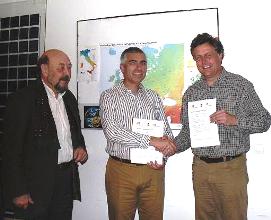 According to Uwe Hartmann, the agreement between ACESOL (Asociación Chilena de Energía Solar) and DGS includes the following items: