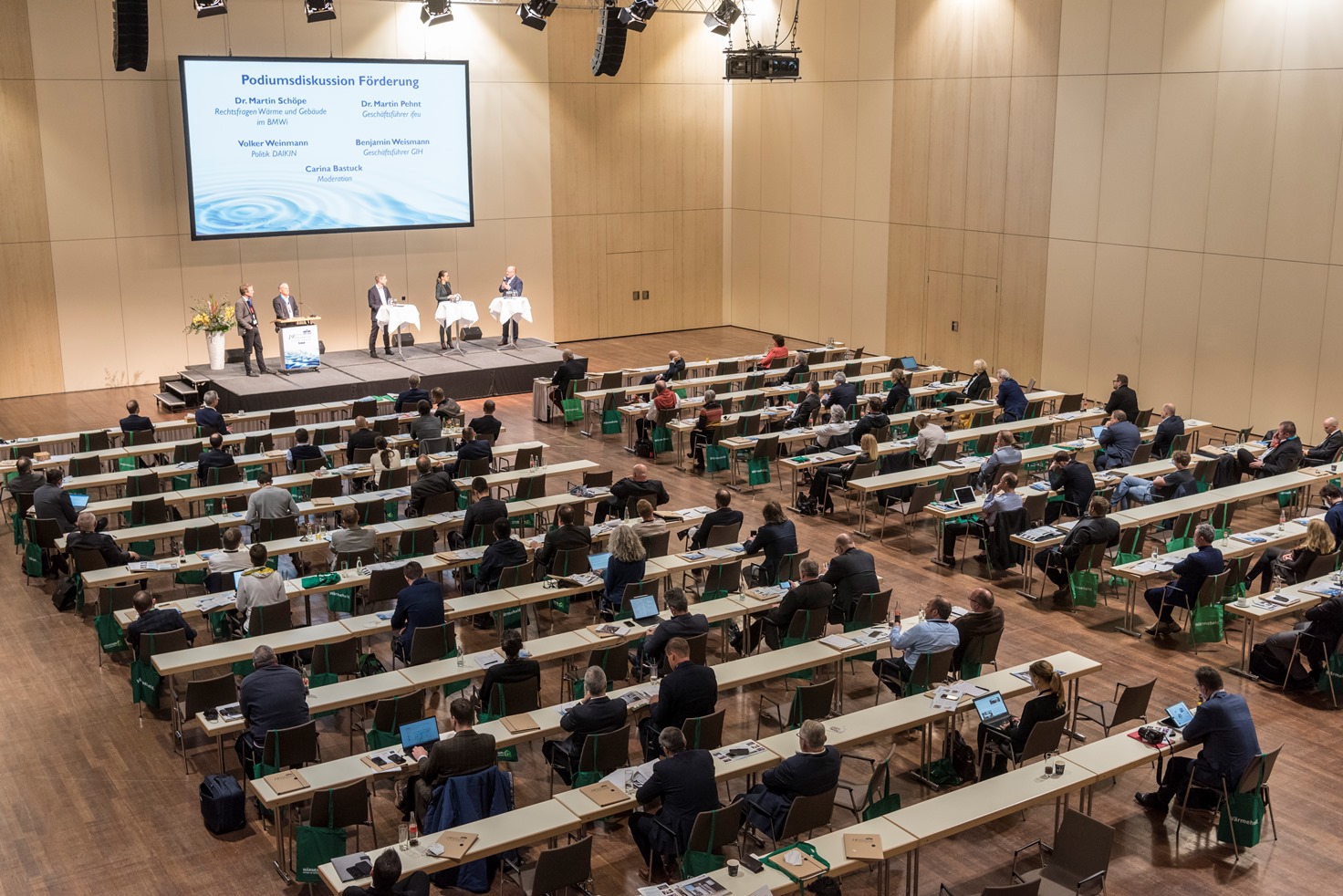 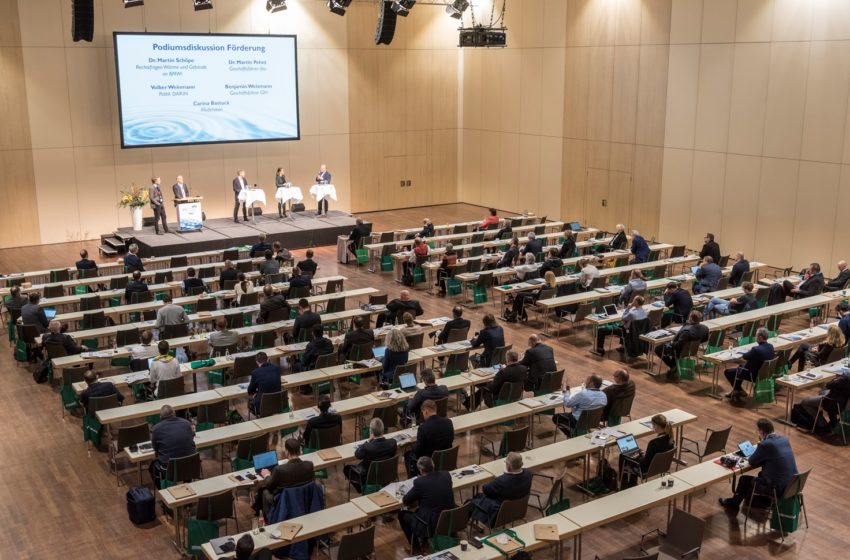 The German heat pump industry expects high growth rates in the next years. The latest heat transition reports predict between three and eight million heat pumps in operation in German buildings by 2030 to fulfil the climate goals (see chart below). By the end of 2020, a total of 1.4 million heat pump systems had been installed. During the 19th Heat Pump Forum on 24/25 November in Berlin heat pump industry representatives emphasised the fact that installation capacities will most probably become the bottleneck when scaling up the heat pump market. Some speakers also highlighted that PV-thermal collectors are a suitable heat source for heat pumps in larger neighbourhood schemes instead of geothermal energy tapped either by ground-buried heat-absorber mats or by boreholes. The German Heat Pump Association welcomed 120 participants to the two-day hybrid forum in November, which 200 stakeholders followed online. Photo: German Heat Pump Association BWP (MK)

Predictions for heat pump growth in Germany taken from different scenario reports
Figure: Heat Pump Roadmap
“Heat pumps take twice as much time to install as a gas boiler. If we want to double the rate of retrofitted heating systems from 3 to 6 % per year we need 1.5 million installers“, calculated Dr. Kai Stiefelbein, Managing Director of Stiebel Eltron during his opening speech at the 19th Heat Pump Forum. This is almost five times more than the 380,000 installers who were active in the heat pump market in 2021.
He also listed some policy requirements that are necessary to fulfil the predicted high growth rates in the heat pump market.
Subsidies for energy efficient buildings increased tenfold
The second requirement will not be so easy to fulfil as the speech of Jens Acker, Head of Division at the German Economy Ministry made clear. He highlighted the fact that the financial support for energy efficiency measures in buildings and renewable heating systems reached new dimensions in 2021. By the year’s end an estimated EUR 18 billion will have been spent in 2021 within the National Efficient Building Support Programme (GEB), more than double that of 2020 with EUR 8.6 billion and ten times more than in 2019 with EUR 1.8 billion.
Of the EUR 18 billion, 50 % will have been used for financing new efficient buildings. This does not result in the highest possible CO2 emission-saving effects, said Acker. This is why his ministry will stop supporting new buildings with energy efficiency class 55 after 31 January 2022 – after only five months of the support being in place. Instead Acker stated that the focus of the GEB should be on the renovation of existing buildings.
This changing policy may have a negative impact on the heat pump market, because the lion’s share of heat pumps sold is installed in new buildings. In almost every second new residential building in 2020 a heat pump was installed, whereas in the retrofit market not even every 10th building is equipped with a heat pump, according to Stiefelbein.

PVT field plus ice storages supports heat pump via a low-temperature grid in the new neighbourhood of Bedburg Figure: PBS Energiesysteme
On the second day of the 19th Heat Pump Forum several project developers spoke about heat pump solutions for multi-family houses and neighbourhoods. One such project is located in Bedburg, Western Germany. A former sugar factory is to be converted into a modern neighbourhood with 1,200 new apartments for up to 3,000 inhabitants as well as commercial buildings. As geothermal energy or river water as a heat source for the heat pump are not available, the German engineering company PBS Energiesysteme has designed a low-temperature grid that receives heat from a large PVT field with 4 MWp and integrates three ice storage units – one for each heating centre.
When the heat pump takes heat from the storage, water will freeze to ice; when it is loaded by the thermal side of the PVT collectors, the ice will melt. Generally speaking, ice storage, which is latent heat storage, has a much higher storage capacity than water heating storage units.  The feasibility study by PBS Energiesysteme is supported by subsidies from the Heat Networks 4.0 Programme and should be finalised by Mid 2022.
Websites of organisations mentioned in this news article:
https://www.waermepumpe.de/ (in German only)
https://www.pbs-energie.eu/ (in German only)
https://www.stiebel-eltron.com/en/home.html