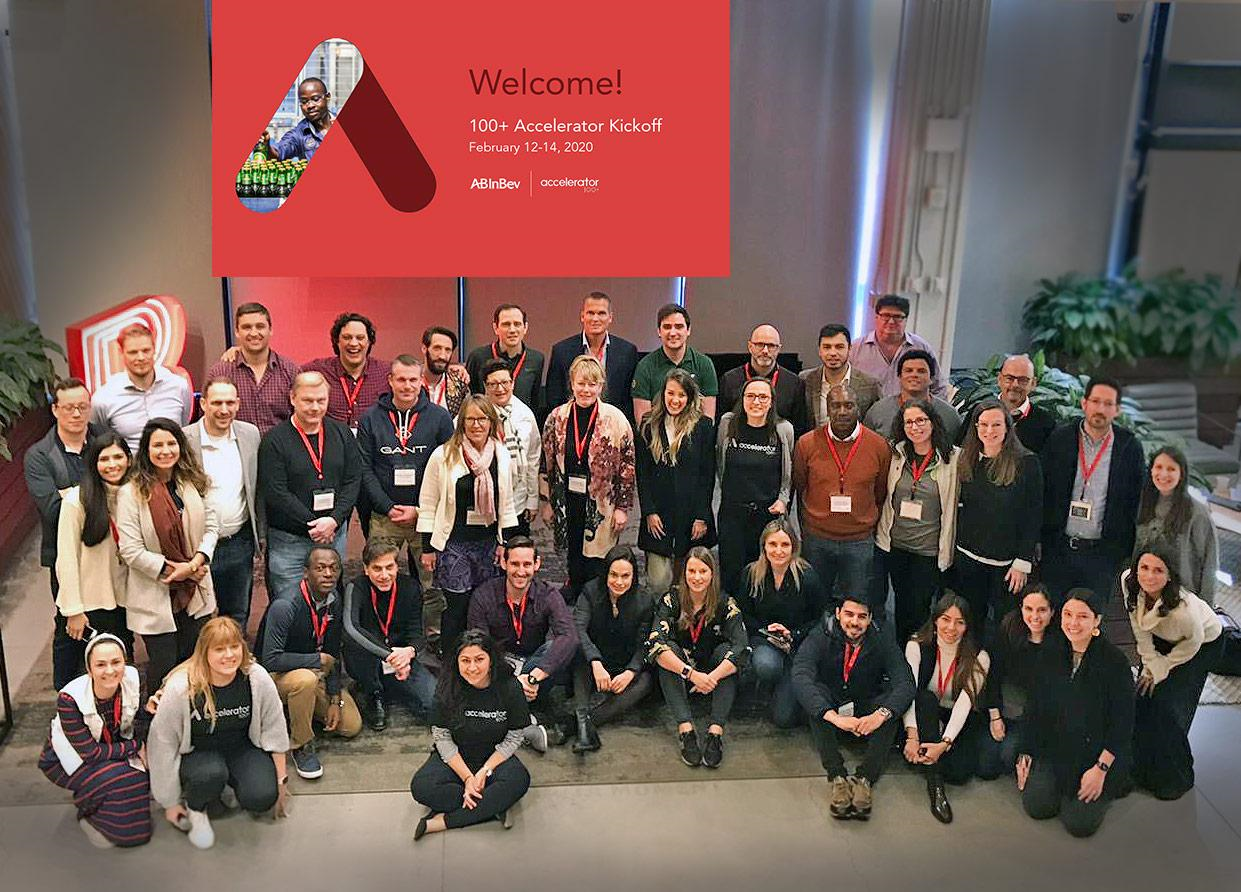 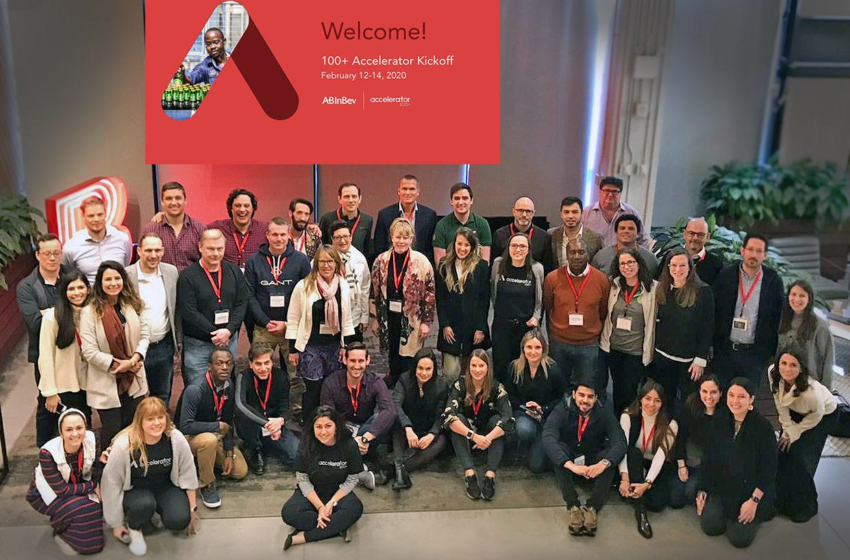 Renewable solutions company Greenline Africa, based in South Africa, was one of 17 businesses chosen to join the 100+ Accelerator programme launched by brewing group AB InBev in mid-February in New York. At the kick-off event, it presented the benefits of using the T160 parabolic trough collector developed by Absolicon Solar Collector, based in Sweden. In June 2019, Greenline had signed a cooperation agreement with Absolicon on setting up a production line for T160s in South Africa. Last year was the second in which AB InBev invited sustainability experts and entrepreneurs to send in their ideas. It received about 1,200 applications and picked 17 winners, which went on to attend a three-day workshop at its headquarters in New York.
Photo: AB InBev
“At AB InBev, we have a long-term vision to build a company to last for the next 100+ years, which relies on driving sustainability across our business,” Tony Milikin, AB InBev’s Chief Sustainability and Procurement Officer, was quoted as saying in an article on the group’s website. “Through the 100+ Accelerator, innovators will benefit from our resources, experience and global reach to speed their progress and scale.”
Solar heat for cleaning bottles in Mozambique
The chosen 100+ Accelerators benefitted from a three-day workshop that offered lean start-up training, network advice and technical expertise and received up to USD 100,000 to fund their ideas. Later this year, AB InBev will give each start-up the opportunity to put up a demonstration system at one of its breweries. For example, in partnership with Absolicon, Greenline will install a solar field made up of 12 T160 collectors (264 m2) at Maputo Brewery in Mozambique, in order to provide solar heat for the bottle cleaning process at the factory.
After evaluating the performance of the demonstration plant over a period of six months, Absolicon will assess the feasibility of installing a solar thermal system with just over 20,000 m2 at the same site, Joakim Byström, CEO of Absolicon, announced in a press release sent out on 14 February. The agreement with AB InBev was the first outcome of Greenline’s aggressive acquisition activities, the aim of which has been to achieve the goals that were set in the framework agreement signed with Absolicon. In line with AB InBev’s targets, the factory for making T160s in South Africa is scheduled for completion in 2021, according to the article.

Absolicon’s production line for T160 is planned to be installed in South Africa in 2021.
Photo: Absolicon
Anheuser-Busch InBev, commonly known as AB InBev, is the world´s largest brewing group and has its headquarters in Belgium. It has 175,000 staff in nearly 50 countries and generated a turnover of USD 54.6 billion in 2018. It owns several hundred brands of beer and soft drinks, including Budweiser, Corona, Stella Artois and Beck’s.
AB InBev has set itself four major sustainability goals (see the chart below). During its second 100+ Accelerator campaign, it received more than 1,200 applications from all over the world, double the amount sent in for the first in 2018. The names of the other winners, which offer solutions for water and waste management, packaging or agriculture, can also be found online. Greenline Africa is the only one of the 17 winners to focus on renewable energy generation.