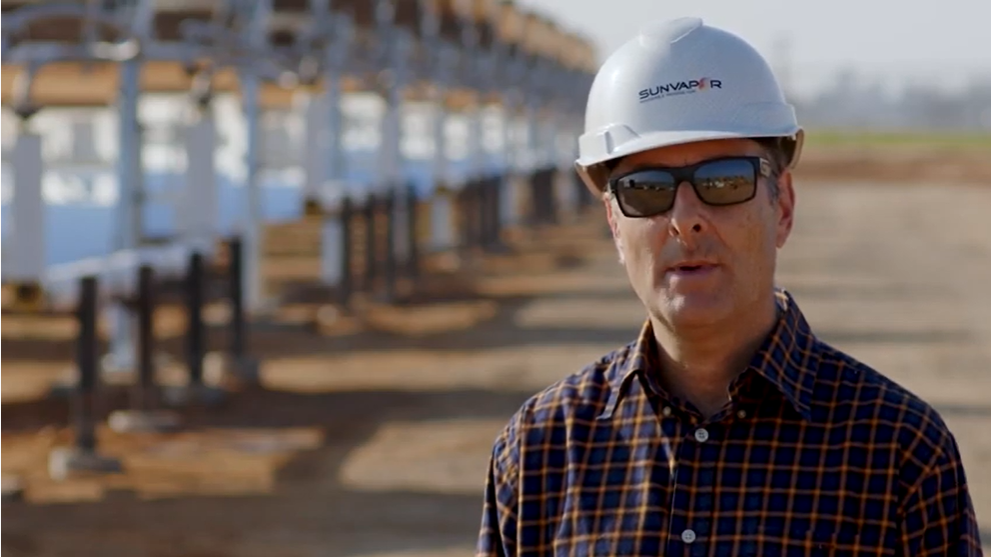 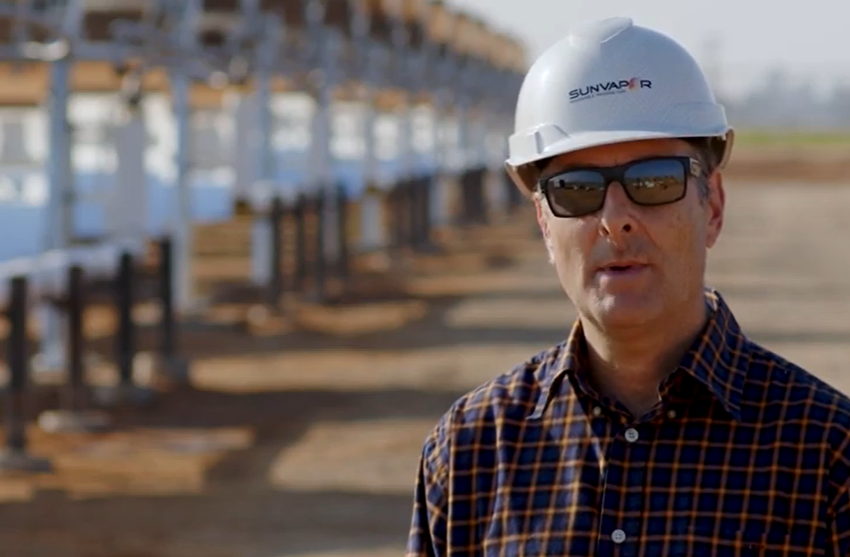 Sunvapor has just put into operation the USA’s first “solar steam boiler” for pasteurization. The California-based solar process heat and desalination developer has commissioned a 2.3 MW field of parabolic trough collectors for an almond processor in Madera, north of Los Angeles. The approximately 4,000 m2 of collector area has been delivering steam at 170 °C to the factory since 17 February 2022. This system is the first project to be put into operation from a total of four solar industrial heat plants which are being partly subsidized by the Food Production Investment Program. The FPIP was established in 2018 to encourage Californian food producers to reduce greenhouse gas emissions.
The photo is from the Youtube video: https://www.youtube.com/watch?v=eY8sZ2k9Kc8

The solar steam serves the company California Custom Processing (CCP) and replaces natural gas consumption. CCP processes almonds to be delivered to bakeries, confectionery producers and the alternative flour market. As an organic processor, CCP uses steam instead of chemicals for blanching, scalding, and pasteurizing of raw almonds. The California Energy Commission has awarded USD 3.9 million from the FPIP to CCP.

“The rate of solar steam production matches our predictions very closely. During the daytime 100 % of the processor’s factory steam demand is now met by our solar boiler – even in February,” said Sunvapor’s CEO and founder Philip Gleckman.

The CCP site profits from an annual irradiation of 2,336 kWh/m2. The 2.3 MW field is designed to produce 3,865 MWh per year and reduce greenhouse gas emissions by 900 MT per year. This corresponds to a specific yield of 966 kWh/m2 annually.

The CCP plant does not include a storage tank. The solar steam is used directly in the factory during the daytime. Sunvapor received an additional USD 2.5 million award in 2019 from the US Department of Energy for the demonstration and integration of a solar boiler with a thermal battery at an industrial plant. 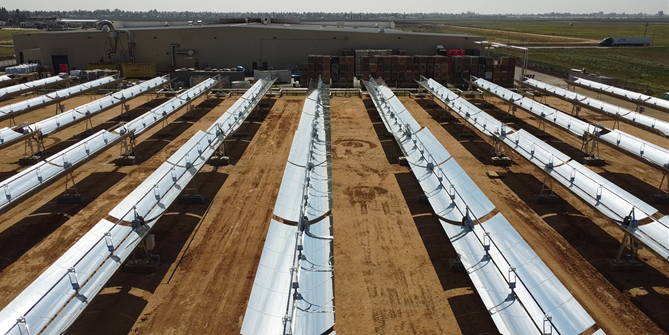 The solar field with Sunvapor SPTC-300 panels already achieved a capacity of 1.6 MW steam production in February. The thermal output will rise to 2.3 MW during the best irradiation times in June.
Photo: Sunvapor

Sunvapor was founded in 2014 and installed its first solar industrial steam producing plant of 50 kW in 2017 at Horizon Nut, a pistachio processing facility in California. In 2018 the company received USD 1.5 million of funding from the Department of Energy to further improve its steam-on-demand solution technology. Sunvapor’s industrial parabolic trough collectors of the type SPTC-3000 are single axis trackers that have an aperture area of up to 180 m2.

Water is used as the heat transfer fluid in the evacuated receiver tubes. The heat gained by the flowing fluid is supplied to a heat exchanger to generate steam at 7 bar and 170 °C, identical to the steam conditions produced in the existing natural gas boilers, but with zero greenhouse gas emissions.

The list published by the Food Production Investment Program in November 2021 includes 44 approved projects (see pdf below). The applied technologies show a mix of energy efficiency measures plus seven recipients that plan to use photovoltaics together with energy storage to reduce GHG emissions. Four projects explicitly mention solar thermal technologies. Besides the CCP plant described above the other three factories that applied for funding are dairies.

The Saputo Dairy USA, one of the largest manufacturers of cheese and dairy products in the USA, will profit from a solar steam producing unit delivered by Hyperlight Energy. This was announced in mid-December 2021 in a news item on Hyperlight Energy’s website. According to the FPIP list, Saputo Dairy will receive an award of USD 5.46 million and should reduce 500 MT CO2 annually.